The city is also getting a high number of complaints of people illegally riding on sidewalks. 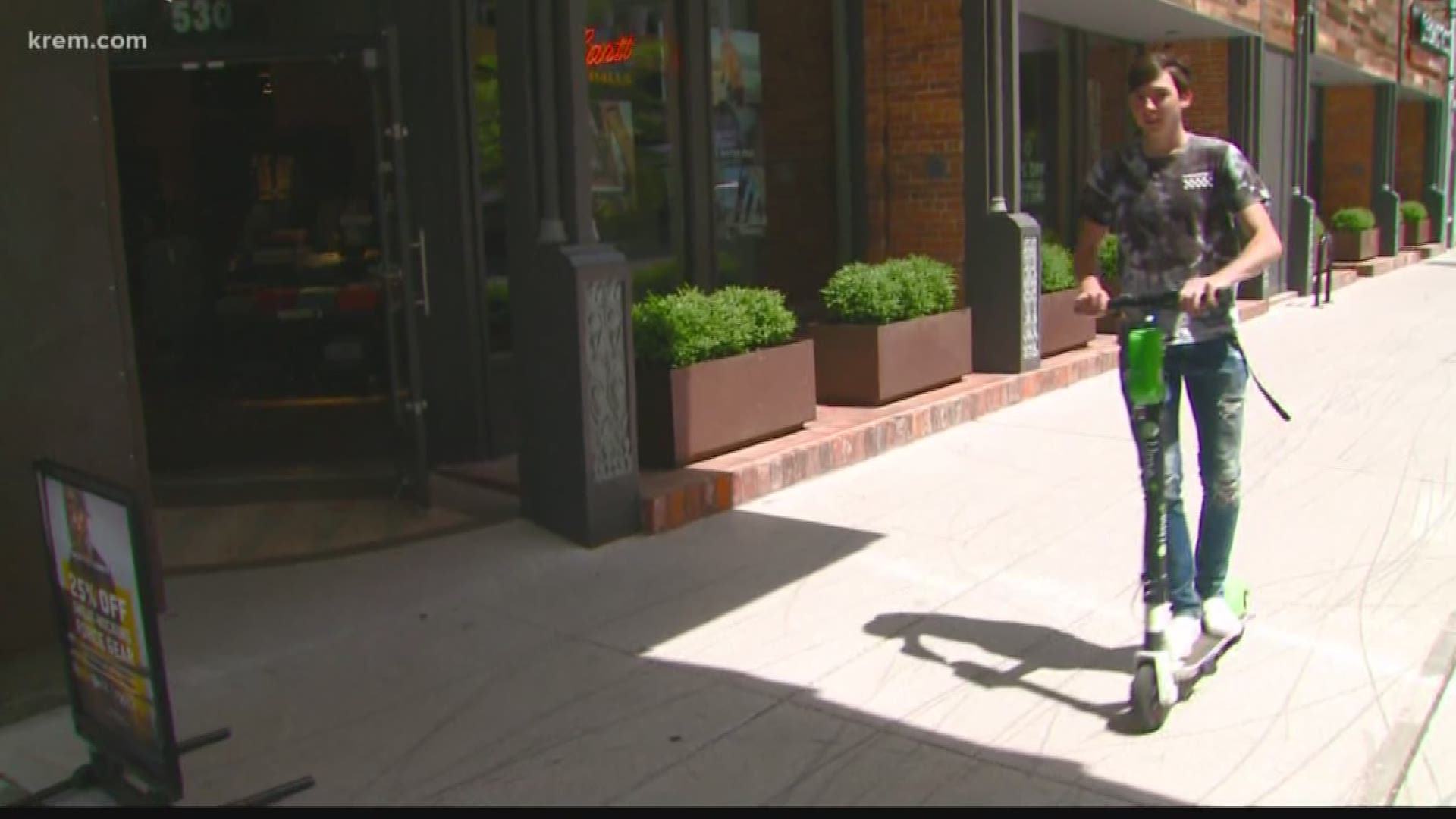 Lime scooters and bikes are getting plenty of use in Spokane, as the number of trips per bike or scooter has surpassed numbers from Seattle and Portland.

"It tells us that people are looking for another option to get around the city and these scooters and bikes are fitting that niche," said Colin Quinn-Hurst, a Bicycle and Pedestrian Planner with the City of Spokane.

But these numbers haven't come without a few bumps in the road. There was one injury reported the first day the program started, and there have been concerns about safety in the first month.

Riders aren't allowed to ride on downtown sidewalks, a rule that has been broken by many. The scooters have a speed limit of 15 mph, which drops down to 7 mph in Riverfront Park.

'Kids are making quick movements on the sidewalk and so things are happening really quick when you're going 15 miles per hour," Quinn-Hurst said. "So we really encourage the scooters to be in the street and not the sidewalk."

The city doesn't have exact numbers for how many people have been cited for using Lime scooters and bikes on downtown sidewalks because they don't belong to their own category, but they are ramping up efforts to educate riders on the rules.

This will include events to teach people how to ride the equipment and safety tips. In addition, the city will also create parking spots for the scooters downtown in the hopes that riders will stay on the street if that's where they find them parked.

"In places like Garland, Perry, [and] downtown, the streets are really safe. People are going slow, cars are looking out for things, it is a low-stress environment," Quinn-Hurst said.

RELATED: No, you can't ride Lime bikes and scooters on sidewalks in Spokane