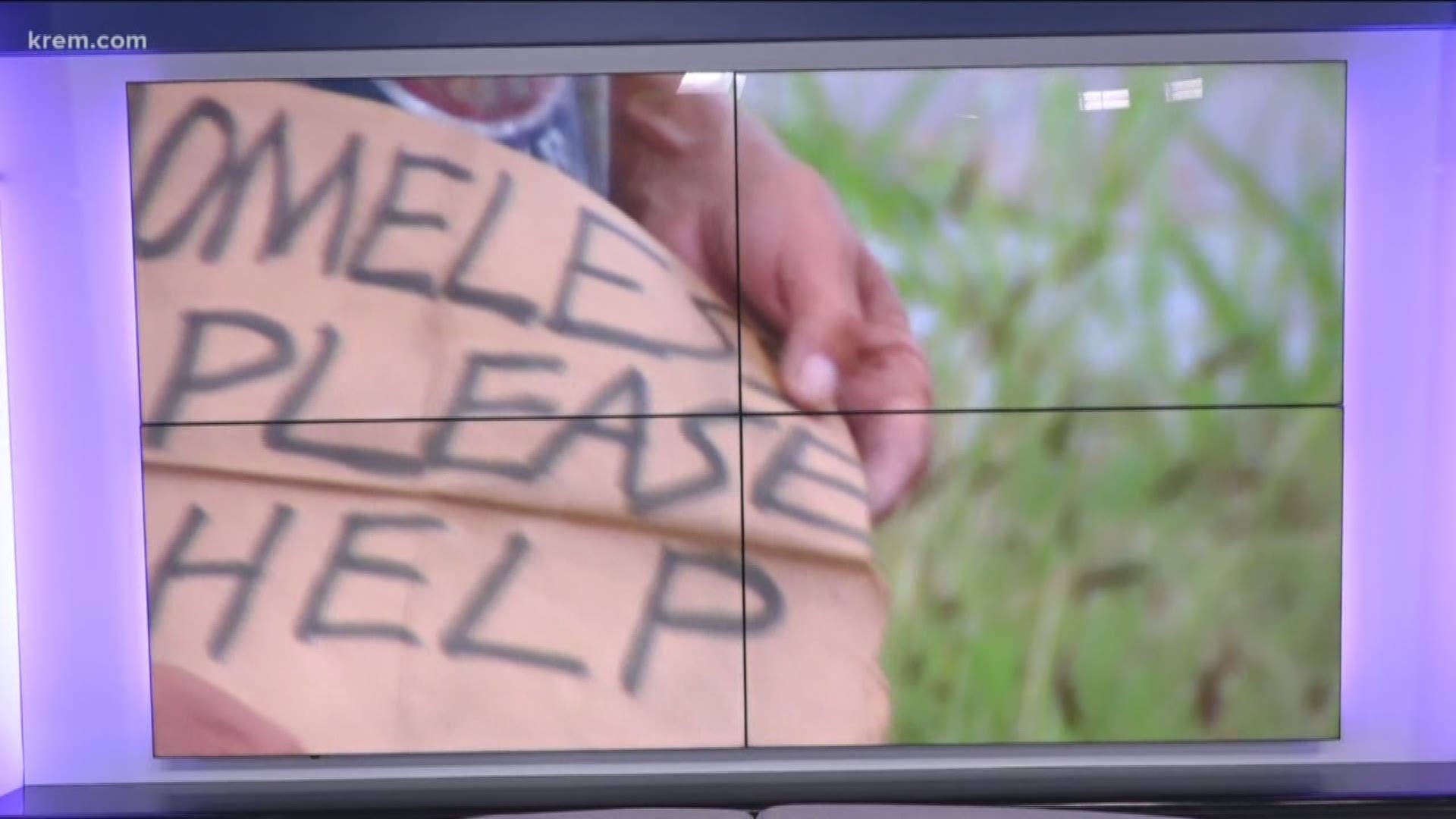 Each year, a group of city employees, service providers and volunteers interview people experiencing homelessness. They visit shelters, warming centers, transitional housing projects and other locations around the area to perform the survey.

The people they speak with are either "sheltered," which means they are living in emergency shelters or transitional housing, or "unsheltered," which refers to staying outdoors or in places that are not used for living such as parks, streets, cars and abandoned buildings.

The count is mandated by the Department of Housing and Urban Development. The information collected is used to apply for grants and allocate funding for services.

The survey revealed 30 percent of those people were homeless for the first time. Nearly one third of people who are living on the streets are single adults. Over the last decade, homelessness among single adults has increased by 46 percent.

This while, there are eight percent fewer homeless families than in 2018. According to a release from the city, the decline shows targeted programs are working.

Another success the city attributes to available services is the overall decline in chronic homelessness. For the second year in a row, the county has seen a drop in individuals experiencing long-term or repeated homelessness. Since 2017, the number has decreased by 21 percent.

Homelessness among veterans is also down compared to other years. In the last two years, the number has decreased by 28 percent. However, the number of female veterans experiencing homelessness has increased. According to the city’s report, this is on par with a national trend.

The survey shed light on the challenges the community still faces with its homeless population. For example, minorities make up a disproportionate share of the homeless population compared to the U.S. Census Data for Spokane County, according to the report.

And many people within the homeless community reported having mental health and substance abuse issues. Of the adults surveyed, 318 reported having a mental illness and 159 said they abused drugs or alcohol.

The city concluded in its report it needed to continue to improve how people access service providers, and offer more targeted services.

“The city remains dedicated to working with its regional partners and the community to find solutions to ensure homelessness is rare, brief, and non-recurring throughout our Continuum of Care.” Director of Community Housing and Human Services Kelly Keenan said.

The results of the survey will be presented at a public meeting Thursday, April 18 at 10:30 a.m. in the City Hall Council Chambers.