Lieutenant Todd Powell was of the first drone pilots at Spokane Fire. Over the last year, he has brought his high tech, high flying expertise to fires around town. 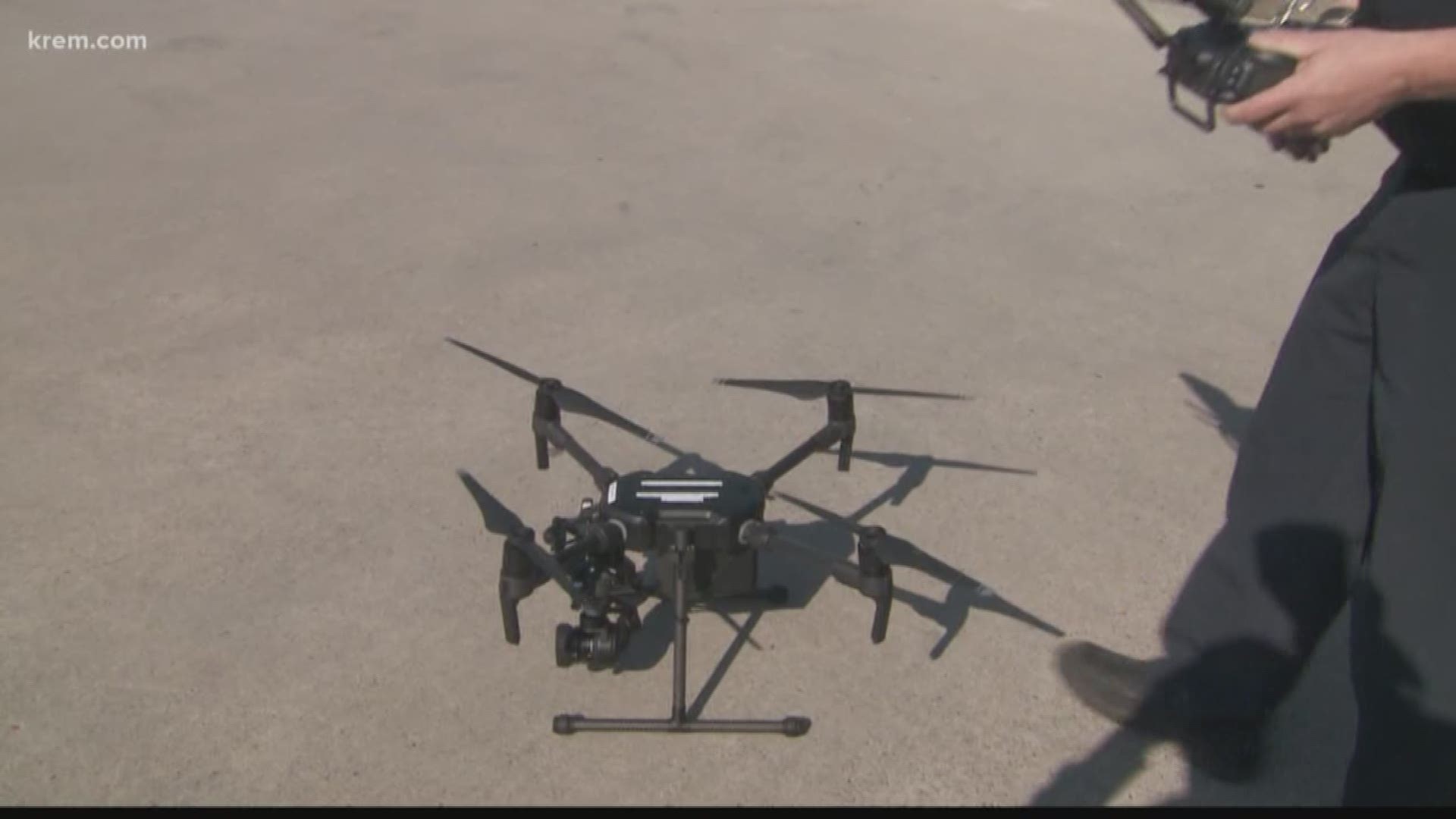 SPOKANE, Wash. -- They are the high-tech gadgets that could help save your loved one.

Spokane's Fire Department only started using drones a year ago and already the program is headed for a major and important expansion.

Lieutenant Todd Powell was of the first drone pilots at Spokane Fire. Over the last year, he has brought his high tech, high flying expertise to fires around town. This summer, he will assume a new role as a virtual water rescuer.

The sky is truly the limit with @SpokaneFire #drones. A year after being introduced, @KREM2 learned they’ll start being used for water rescues. Firefighters say they could be used for 3+ water cases a day this summer pic.twitter.com/GkJowxlAvQ

"This has the thermal imaging. So, this would allow us to fly down on the river and hopefully find a victim in the water," Powell explained.

Last summer, drone technology was just too new and too untested for Powell to use them at a water rescues. Now, he is a pro. Going forward, he expects to use the drones more than ever before. It is a sign of just how bad water emergencies are in Spokane.

"We expect to be running a lot this summer with the drones and in coordination with our water rescue team," Powell said. "They'll be one, two, sometimes three calls a day at the river, so it'll get super busy."

In the middle of an emergency, the drones can whisk through the air at 40 miles per hour. Ask any firefighter in Spokane, and they will tell you that swift, urgent response really is key.

.@SpokaneFire says drones can fly at 40 miles per hour, dramatically increasing response times for all emergencies, including water rescues. pic.twitter.com/0KcjkpNXVj

Expansion plans do not end there. Spokane Fire just asked the FAA to allow drone use at night, as well as in the middle of Downtown Spokane. Two things that are currently banned.