Cory and Heidi Santiago graduated from Mead High School, and Heidi was born and raised in Spokane. The pair launched their company Bear Minimum in 2017. An investor on the popular TV show "Shark Tank" offered them $100,000 for a 25 percent stake in their company. 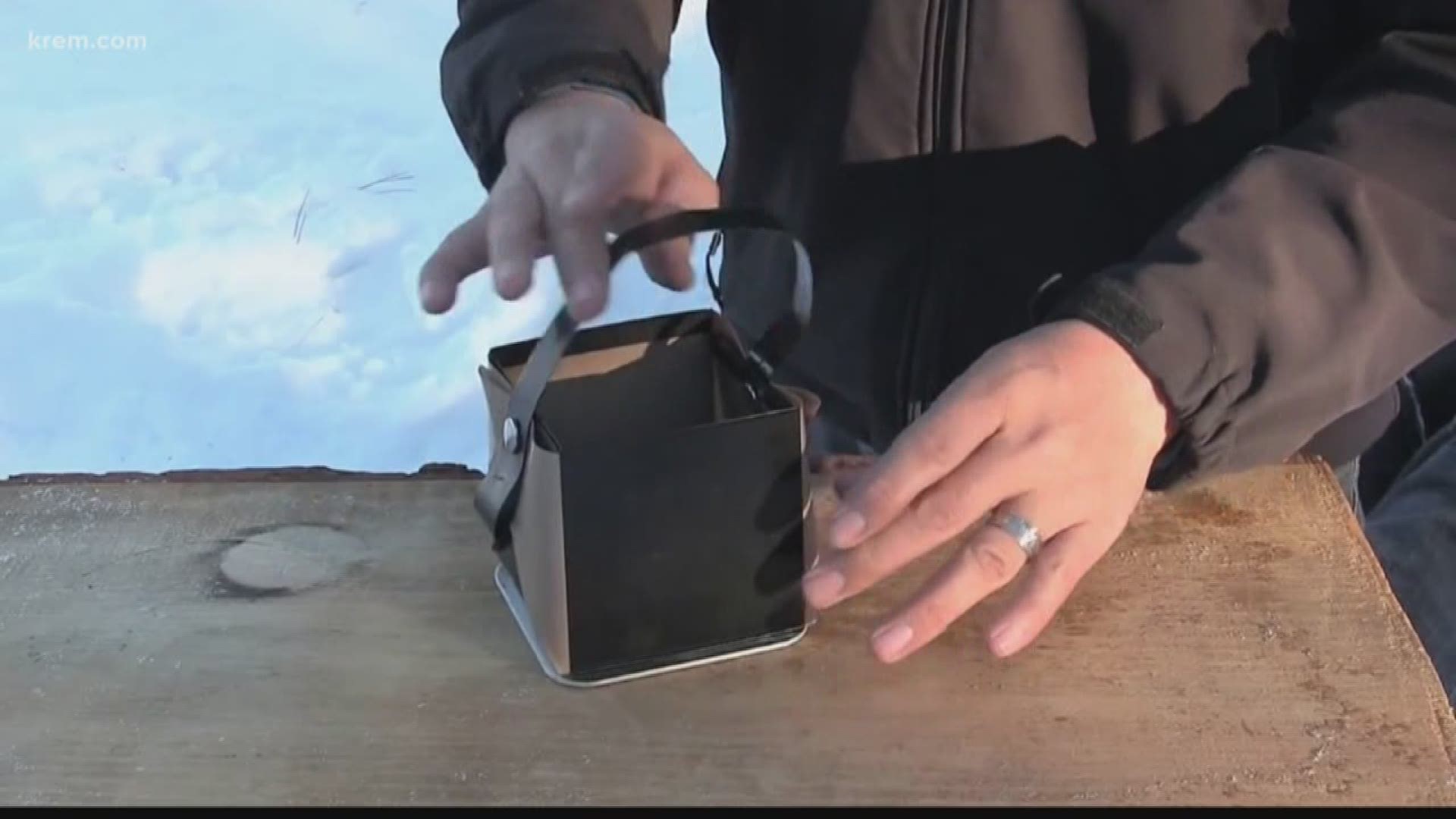 On the ABC show, successful business investors search for their next deal. They give offers and counter offers if they decide to fund the business and advice if they do not. The hopeful entrepreneurs then choose to accept or decline an offer from “the Sharks.”

The Santiagos appeared on the season premiere of "Shark Tank" on Sunday, Oct. 7.

Jamie Siminoff, who created the world's first Wi-Fi video doorbell in 2011, offered the Santiagos $100,000 for a 25 percent stake in their company. It was Siminoff's first deal on the show.

Siminoff pitched his doorbell as a "Shark Tank" entrepreneur in 2013, but turned down the only offer he received from Shark Kevin O'Leary and left without a deal. He has since developed his invention into Ring, a company that offers several home security products and services.

“He [Jamie Siminoff] just really liked the idea of the Bear Bowl. He was excited about it. He liked the idea that that’s just another tool to get people outdoors and doing stuff with your family,” Cory said.

The couple also received an offer from Daymond John but turned it down. They said John wanted more of a stake in their company with a promise to connect them to groups that could help them grow as a company.

The Santiago family had a goal to make 1,600 bowls before the “Shark Tank” episode premiered. They have nearly made it to their goal and are finishing up the rest of the bowls this week.

The products are available on the Bear Minimum website and Amazon,and the couple hopes to sell them in stores soon.

Orders began flooding in before, during and after the episode, the couple said.

The couple hopes to continue to grow the brand and product, along with other products to accompany the Bear Bowls. They will operate the business with a “slow and steady wins the race” approach.

“Our learned experience is not to too far too fast and overextend,” Cory added.

Siminoff has been in close contact with the Santiagos and emailed them the morning after their pitch. They also have a standard weekly call with the investor.

“It’s a great connection, it’s a great opportunity but you do all the work. He’s not going to pick up and take over for you,” Heidi said. “He says 100 percent we need to be in charge of everything and do not count on anyone to do it for you.”

“We still have a huge job ahead of us. It’s not get rich quick. We are not rich and we won’t be for a while,” Heidi added.

On Sunday, Spokane community members packed Caruso’s restaurant on Division Street to support Bear Minimum. People sat on the floor and back patio, and packed the aisles to watch the “Shark Tank” season premiere. Fifteen Caruso’s employees made sandwiches and pizzas for the guests.

“It was not a closed party but there was no one there not supporting Bear Minimum,” Cory said.

The Bear Bowls are flame-resistant, foldable camping cooking pots that double as bowls. They are made of coated fiberglass with an aluminum plate on the bottom.

The bowls come in three sizes: The Baby Bear, Mama Bear and Papa Bear. You also have the option to purchase bowls with or without a paracord handle. Baby Bear sells for $30 or $2 less without the handle, Mama Bear is $40 and Papa Bear is $50. The family pack – one of each size – sells for $99.

Bear Bowls are handmade and the Santiago family – including Cory and Heidi’s two teenage children – make the bowls out of their home.

The Santiagos, who have five children, started their business with several crowdfunding campaigns – including an incredibly successful effort through Kickstarter. They raised more than $41,000 from more than 800 people in ten days.

As they have developed their business, Cory and Heidi have continued their side projects. Cory drives for Lyft, and Heidi teaches singing lessons out of the family home along with teaching online English to Chinese children.

“There are a lot of things we are doing to keep the ball rolling while we make this happen,” Heidi said.

You can view more about the couple's story on YouTube.