A water partnership between Spokane and Airway Heights is nothing new. What is different this time around is just how much water will be shared with Airway Heights. 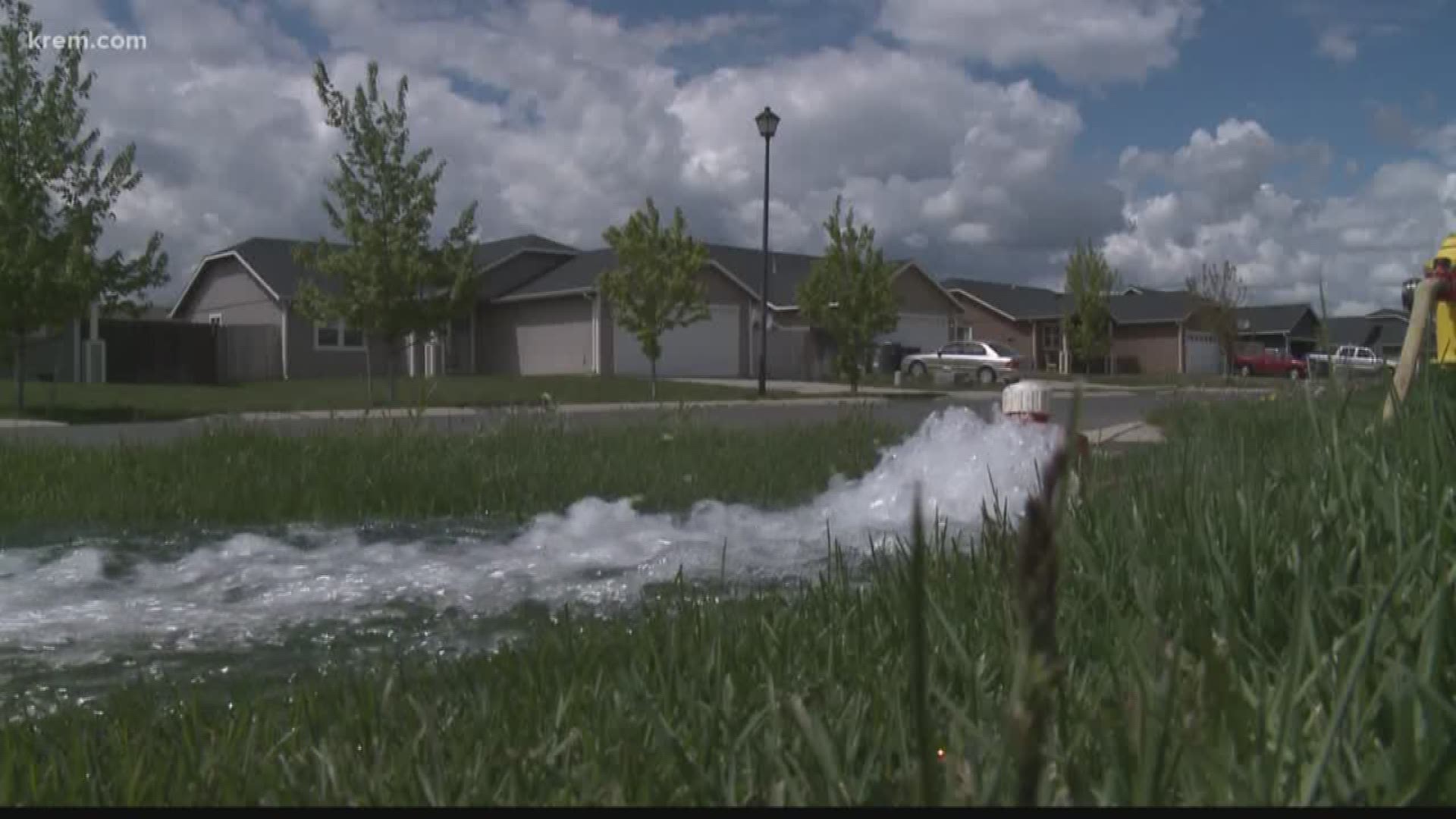 SPOKANE, Wash. – Plans are underway for Spokane to give a record amount of water to Airway Heights.

Airway Heights has been struggling for water after contaminates from firefighting foam used at Fairchild Air Force Base were found in the some of the city’s water supply in May 2017.

A water partnership between Spokane and Airway Heights is nothing new. What is different this time around is just how much water will be shared with Airway Heights.

There were just so many implications from the water crisis in Airway Heights. Among the biggest ongoing issues is how to get clean, safe water to people like John Diomede and his family.

"It is quite a shock. You hear about this story in Flint, Michigan. You don't think it's gonna affect the town you grew up in, but here we are," Diomede said.

By estimates, it will be as much as five years before Airway Heights can provide totally clean water to everyone in town after dangerous PFOS-PFOA chemicals were found in several of the city's wells. It affected at least 9,000 people and ever since, the town has relied on Spokane for much needed water.

They have used 450 million gallons a year to be exact with the most water yet to come.

This summer, when water usage is at its highest, Spokane is expected to divert a record amount of water to Airway Heights. Officials said 1,400 gallons-per-minute could flow into the town's water system.

KREM 2 learned the initial costs will be handled by Airway Heights, with a giant reimbursement coming from the United States Air Force. In a deal reached in the fall of 2017, the Air Force agreed to pay Airway Heights for up to 440 million gallons of clean tap water. This could cost $687,000 in the next year.

Next Monday, Spokane City Council is expected to pass an extension that would keep providing Airway Heights with water. This is something that could keep happening in the years ahead.

Even with water being sent to Airway Heights, Spokane's water supply will barely be affected. KREM 2 also learned Airway Heights will use less than two percent of water from Spokane's system.