The likelihood of surviving a mass casualty drops significantly if bleeding is not stopped on site. 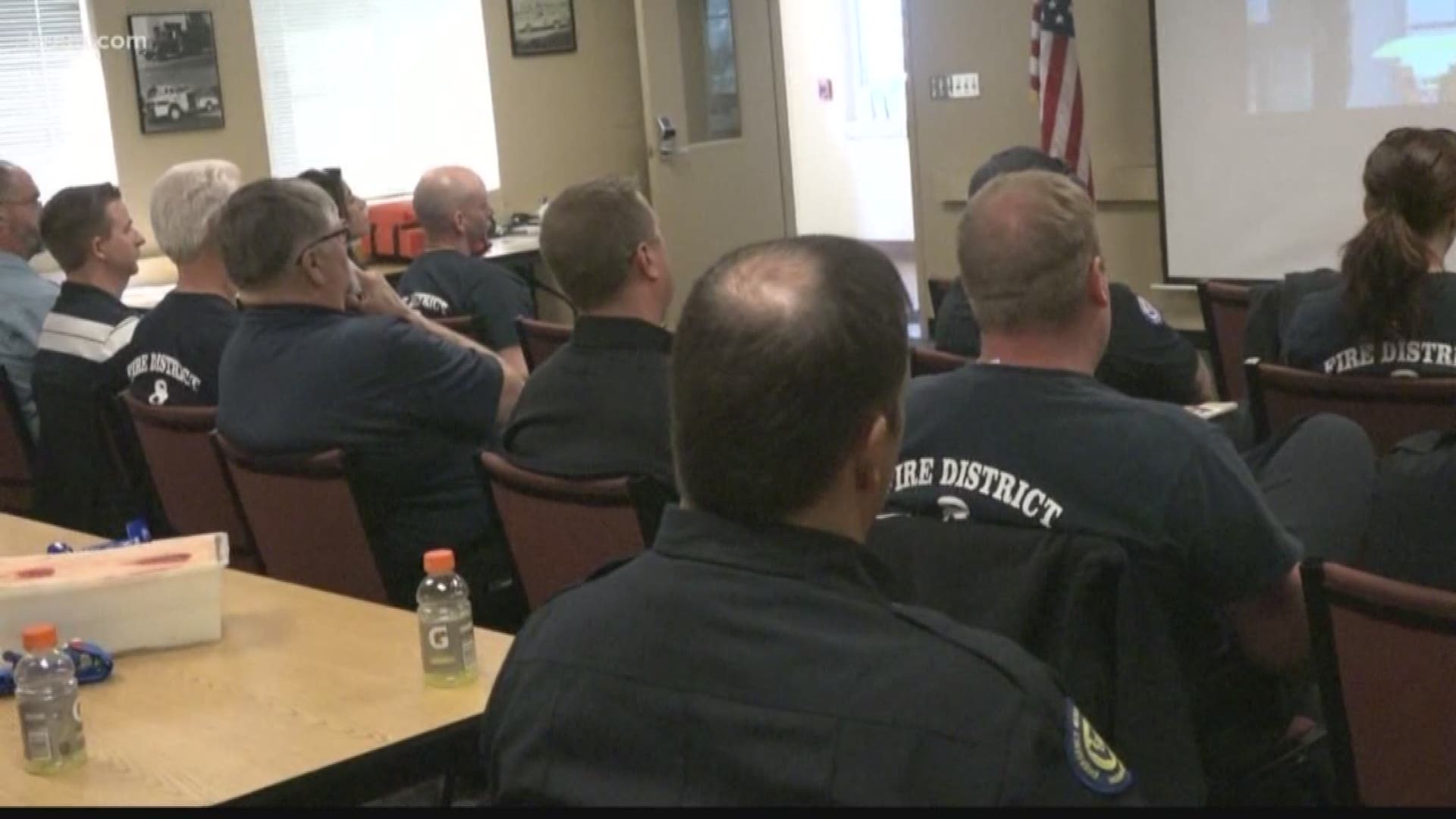 SPOKANE, Wash. – Every second counts when someone is bleeding heavily.

"Someone can bleed out in three minutes and its totally preventable," said Sacred Heart Medical Center BSN Denise McCurdy.

The likelihood of surviving a mass casualty drops significantly if bleeding is not stopped on site. According to the National Trauma Institute, hemorrhaging is responsible for almost 35 percent of pre-hospital deaths and 40 percent of deaths in the first 24 hours after a traumatic event.

On Wednesday, local first responders took part in Stop the Bleed, a national campaign to empower bystanders to act as immediate responders.

"Time is very sensitive with trauma patients. So, if you have a patient that is bleeding uncontrollably and they have methods to control that on the scene by a bystander, it’s minutes, it’s lives saved. As a matter of fact bystanders applying tunicates, the mortality has decreases six fold," McCurdy said.

They introduced bleeding control kits already used by first responders and the military. You will be seeing them on the walls of public spaces, airports, shopping malls and in your place of business. In it, you will find tunicates and what you need to stop a bleeding wound and give time for help to arrive. If a kit is not available, something simple as a piece of clothing can save a life.

"The shirt off your back, so you can use your shirt to pack a wound hold pressure for bleeding control," McCurdy said.

The point is that anyone, anywhere can provide simple medical care to a victim that stops the bleed.

Sacred Heart Medical Center Trauma Services offers free classes in partnership with the American College of Surgeons Committee. Classes are two and a half hours long and they will come to you. If you are interested in having the class at your business email denise.mccurdy@providence.org or call 509-474-4924 to schedule.