McClain and two other astronauts landed near near Dzhezkazgan, Kazakhstan at 7:47 P.M. PST. 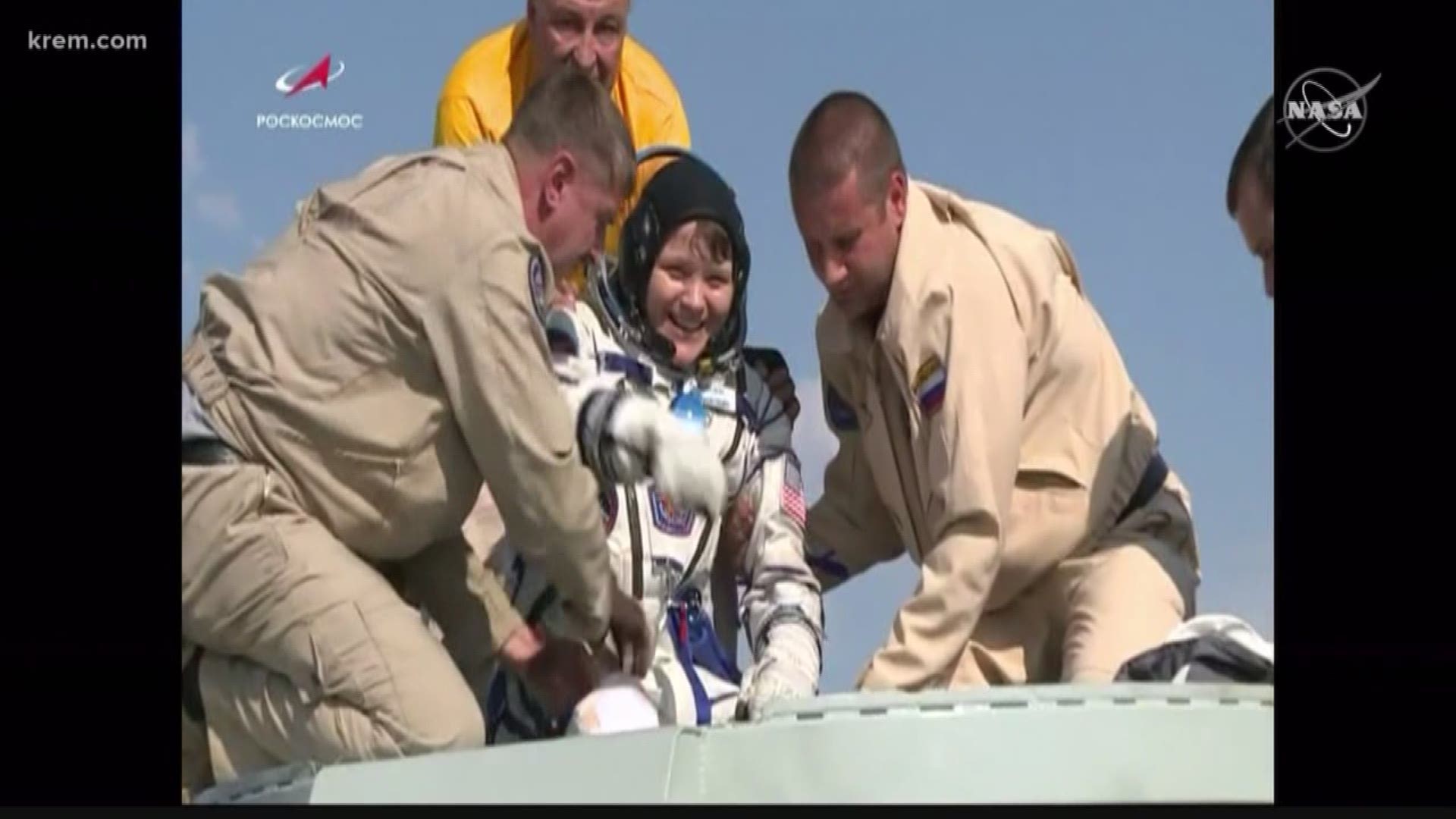 McClain and two other astronauts landed near Dzhezkazgan, Kazakhstan, at 7:47 P.M. PST.

After they landed, McClain was the second one to come out of the capsule while smiling and applauding.

A NASA announcer said McClain's friends and family were at Mission Control in Houston, cheering when she landed.

During her time in space, McClain took part in two spacewalks and numerous hours of research.This was her first space expedition.

McClain said she knew she wanted to be an astronaut ever since she was 3 years old.

McClain, a Gonzaga Prep grad, set up video chats with students there while she was in space.

After she landed, McClain posted a photo of her getting out of the capsule with a quote from T.S. Elliot writing, "...and the end of all our exploring will be to arrive where we started and know the place for the first time."