Two tenants tell KREM they are going to file a lawsuit to get out of their leases due to 'unacceptable conditions.' 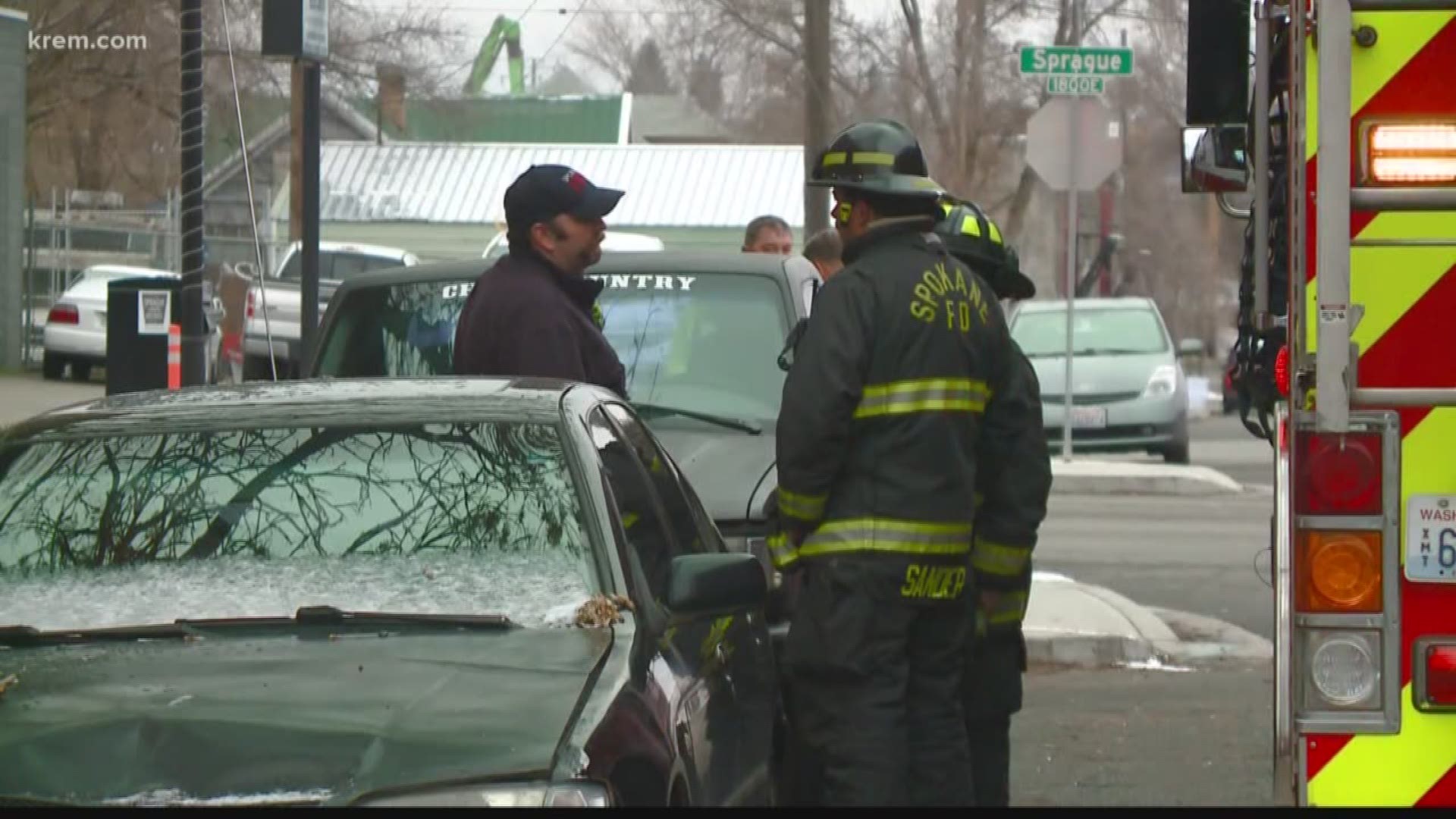 SPOKANE, Wash. — Two renters from a Spokane apartment complex plan on suing their landlord after being evacuated from their building due to carbon monoxide on Monday.

On Monday, three people were taken to the hospital after suffering symptoms of carbon monoxide poisoning at an apartment building at 8 S. Magnolia Street.

City spokesperson Marlene Feist said on Tuesday that the owner of the building could be cited and fined if fire code violations are found in the building.

The tenants told KREM on Friday that the company managing the company, 4 Degrees, is providing them with money for another night at a motel as the Spokane Fire Marshal still has to do inspections on the apartment building before letting tenants back in.

Kevin King was one of the people sent to the hospital and he said his living situation has been unpredictable since Monday.

"I haven't even been Christmas shopping, because I've been so worried about where i'm going to lay my head, where me and Josiah are going to lay our heads," he said.

After Friday night, King saig he'll be wondering again where he'll sleep or if he'll be able to move back into his apartment.

"One of my main concerns is the fact that I have a seven-year-old, and his Christmas is going to be shot now," King said.

Tenants said management is only giving enough money for short stays in the motel-- not enough to even plan for the week ahead.

"Give us enough time in the motel to wehre I can set something up for Christmas to where I'm not worrying about where I'm going to be or what I'll be doing for Christmas," he said.

KREM 2 has reached out to the apartment management multiple times for comment but have not heard back.

Tenants told crews on scene on Monday that Avista had shut off power to the building last week because electrical wiring wasn't up to code. Spokane Fire Chief Brian Schaeffer said residents were using three generators on the roof to provide power for heaters and other electronics, and that the exhaust from the generators entered nearby windows.

Carbon monoxide detectors have been required in all living spaces since Jan. 1, 2013.

RELATED: Man dies in Hillyard duplex fire after trying to put it out himself