A friend of Arezu Kashify, 24, reported her as a missing person on Thursday. That friend reported Kashify was possibly having marital difficulties. 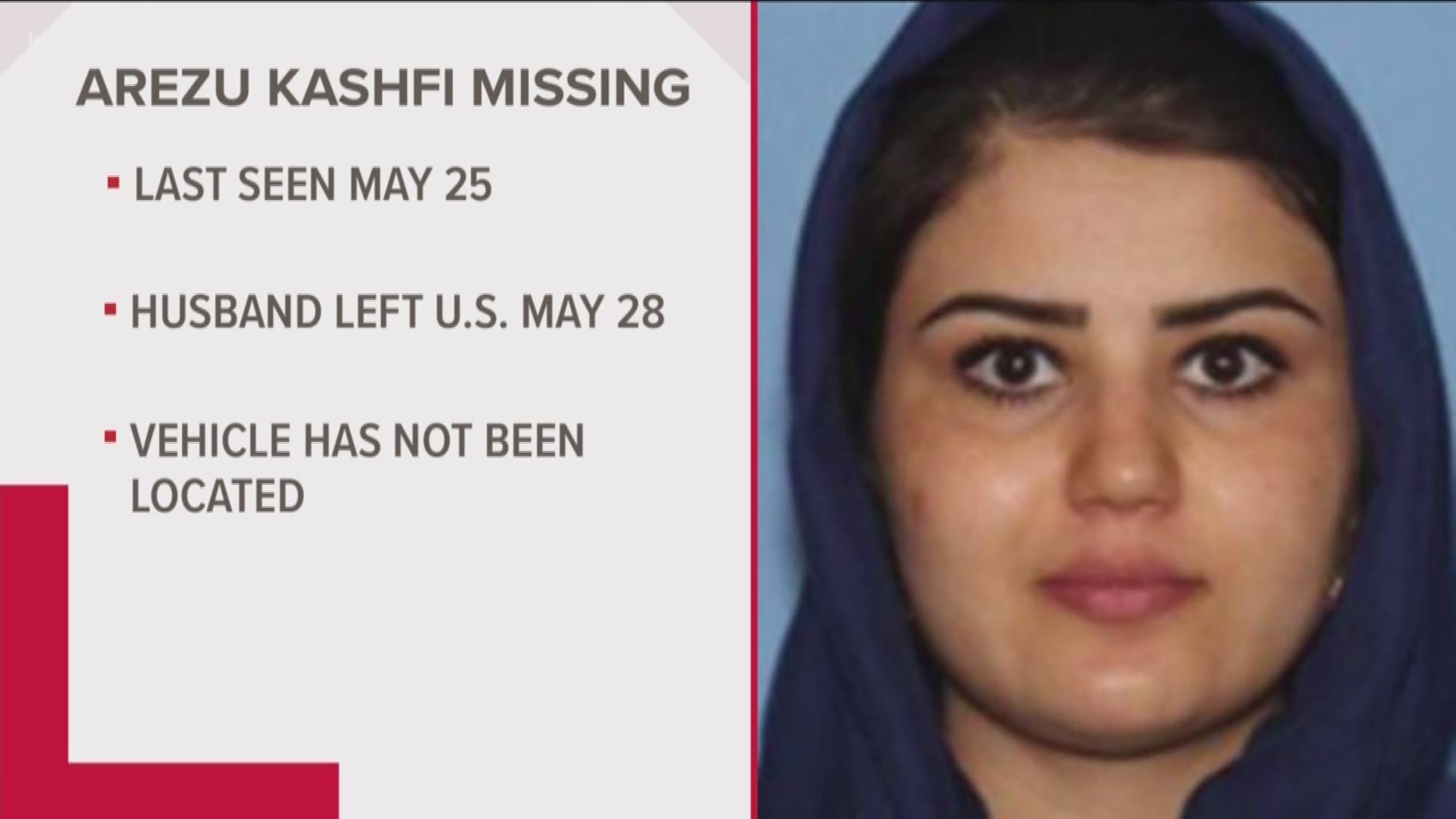 SPOKANE, Wash. — Authorities have found the vehicle belonging to a missing 24-year-old woman and her husband.

A friend of Arezu Kashify, 24, reported her as a missing person on Thursday. That friend reported Kashify was possibly having marital difficulties, limited access to money and rarely loses contact with family and friends, according to the Sheriff’s office.

During an initial investigation, detectives with the sheriff’s office learned Kashify’s children were dropped off at school and day care on May 25. Neither she or her husband returned to pick them up and attempts to contact them have not been successful.

Kashify’s husband purchased a single, one-way airline ticket on May 28 and left the U.S., according to the sheriff’s office.

According to the Spokane County Sheriff's Office, Spokane International Airport Police found the 2014 Toyota Sienna over the weekend. The vehicle was seized and brought to a secure area.

Sheriff's deputies say they will process the vehicle to find any potential evidence that could help them find Kashifky or determine if a crime was committed.

On Monday, detectives say they are still asking for anyone who has information about Kashifky's whereabouts to come forward.