By the number of surveillance cameras out there now, homeowners have grown weary of people picking packages off their porches. Spokane police say those cameras could be the key to two powerful things: Peer pressure and prosecution. 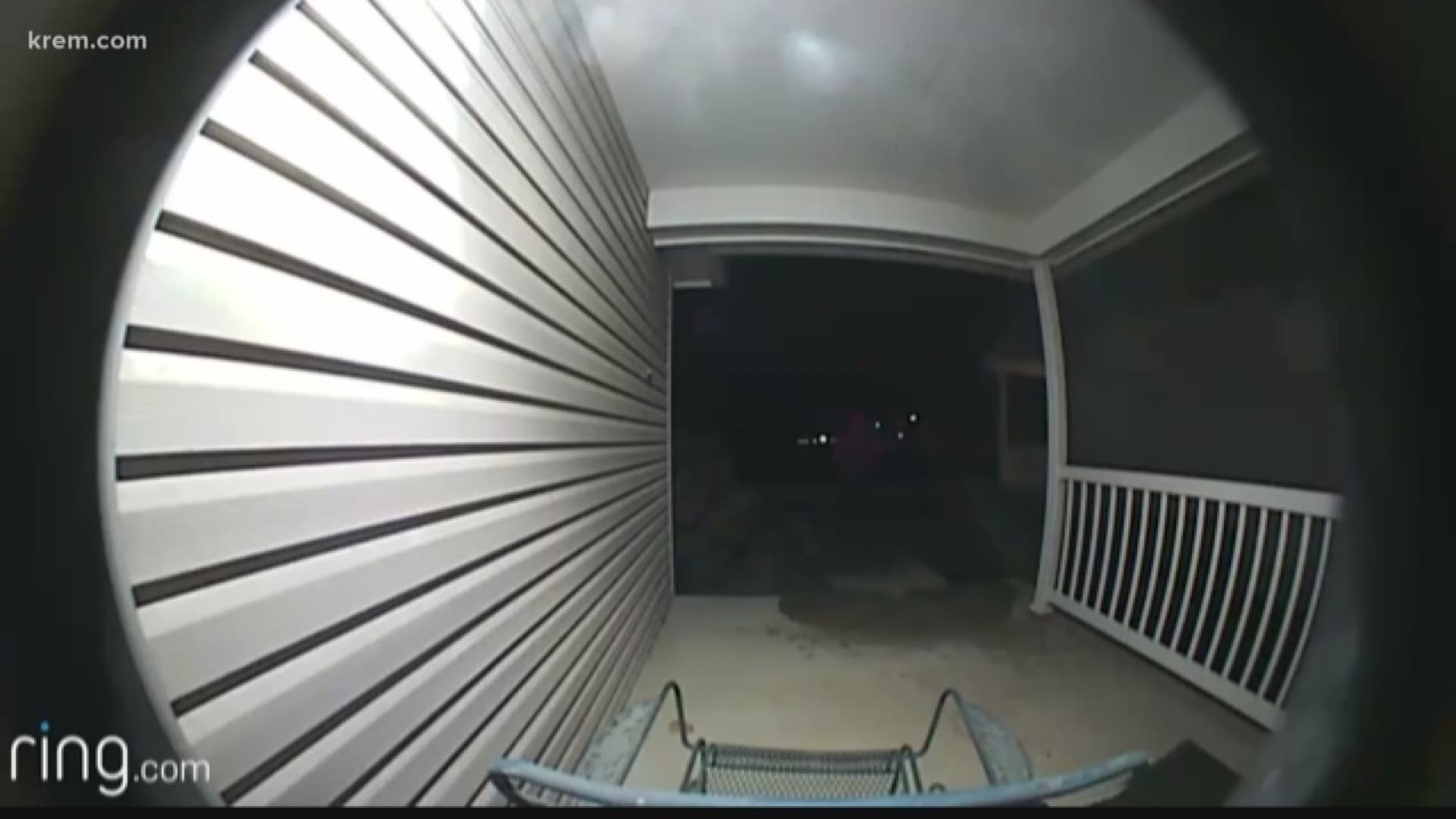 During the holidays we all up our shopping game, companies up their shipping game and thieves stand ready for the interception.

Over the past five years, Washington state had the most holiday thefts in the nation, according to Vivint. Chances are you or someone you know has fallen victim to a package thief.

By the number of surveillance cameras out there now, homeowners have grown weary of people picking packages off their porches. Spokane police say those cameras could be the key to two powerful things: Peer pressure and prosecution.

"I got a text message saying that your package had been delivered," said Nick, who had a package stolen off his porch. "And so, I'm thinking I don't remember a package on the porch. So, I go back out, double check, nothing's there. So, then I'm thinking this is weird."

"And sure, enough I see the UPS driver pull up, drop off the package and then about 15 minutes later this guy walks up, looks into the camera, so I get a snap shot and then walks off with my wife's one and only Christmas present that she asked for," Nick explained.

Nick burned a DVD for Spokane police, who said they're getting a lot more quality video these days.

"People will turn over the video to us we will load it into our evidence system and we will use that in the prosecution of package thieves," Spokane Police Officer John O’Brien said.

The Spokane Police Department doesn't track how many theft cases rely on video for an arrest, but O'Brien said they'll often recognize a person in the video and track them down. In fact, his own experience at work was enough to convince him to install a camera at home.

While Nick made a police report, apparently social media dropped the hammer on the suspect first.

"My sister-in-law was mad about it so she posted to Facebook and then suddenly friends and people that know this guy start texting her, 'That's so and so. We know him. Like I know his address’,” Nick said. "He's going to be like ‘Oh, man, I'm getting in trouble for fiber?’ It was fiber and birthday cake protein powder. All the wife wanted for Christmas. But it was expensive protein powder!"

Apparently, the suspect didn't want the powder and saw his name and image circulating the internet because the day after KREM first interviewed Nick, someone on social media told him to go home and check his porch.

"So, I did, and this is what I came home to. The stuff I bought for my wife and then it was like I gotta check my cameras to see who brought it back and sure enough the same guy," he said. “He walks up, he puts it back and then he takes off."

Will this guy be off the hook for ultimately returning the goods? No, police said he could still be charged with theft.

So score one for the good guys. Nick has a gift to give, now he just has to find a box.

Spokane police said depending on the value of the item stolen, theft charges could climb from a misdemeanor to a felony.

Also, if your yard is fenced and a person comes onto your property through a closed gate and steals a package, the charge could be increased to burglary.