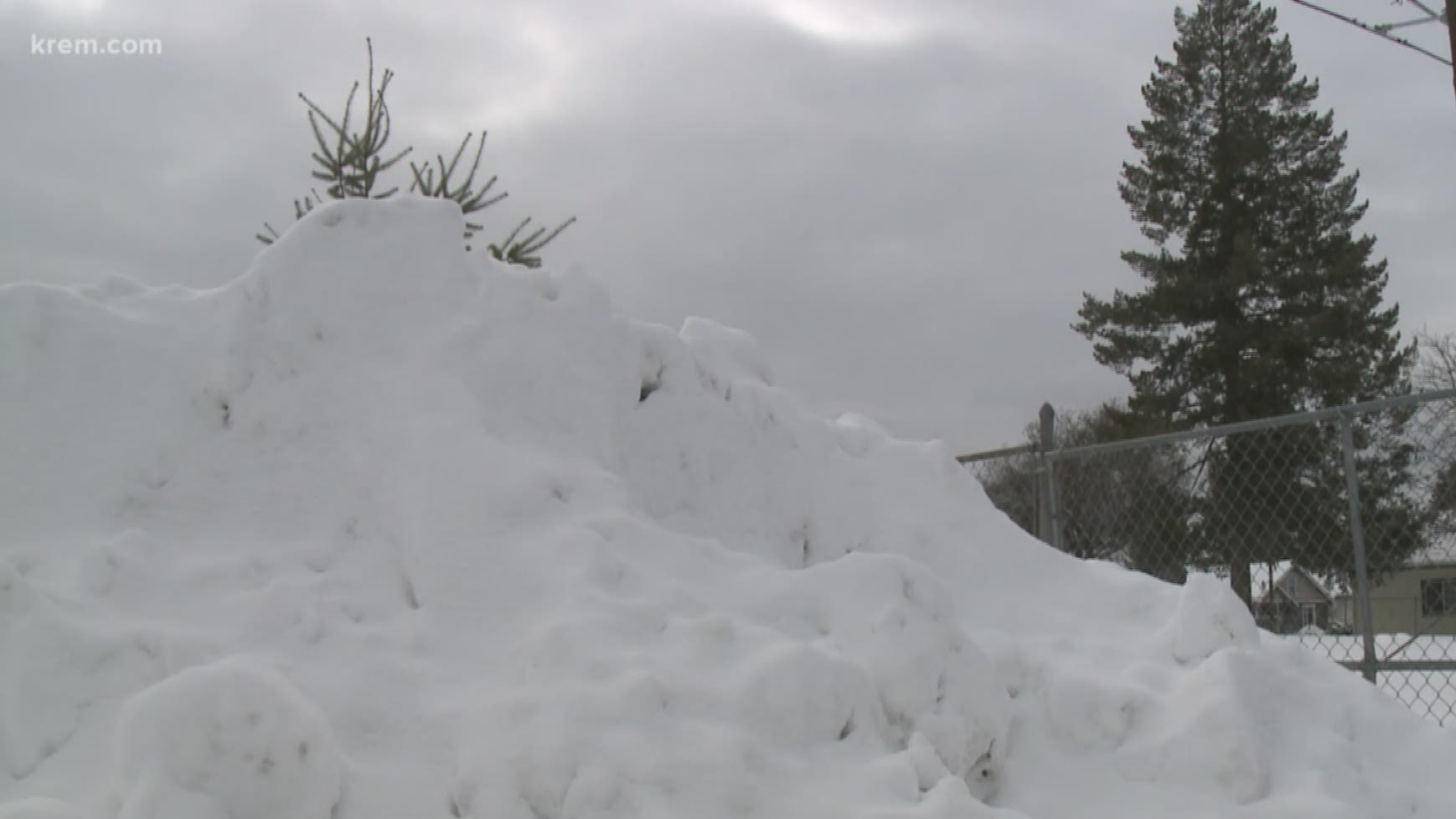 SPOKANE, Wash. — The snow piled up around the Inland Northwest and now it is frozen solid in some areas. And it looks like it is going to stay around for a while.

Snow and ice have built up on sidewalks, in parking lots, and especially on side roads.

It does not look like it will be melting off any time soon. For at least the next week temperatures will hover at or below freezing cold temperatures.

KREM 2’s Evan Noorani said temperatures would need to warm up to start melting the snow and ice, sunshine alone will not quite do it. He said snow reflects the sun’s rays. But a combination of sun and warm will do the trick.

Sherry said he does not expect warmer temps until sometime in March.

If you have a giant snowman in your front yard, an elaborate Igloo or a big mountain of snow outside your office it will be there for a while.

RELATED: Experts warn not to chip the ice on your roof

RELATED: Spokane gets another short break from the snow