Experts say many survivors of sexual assault do not report attacks in fear they will not be believed. ‘Start by Believing’ aims to encourage people to listen and support victims. 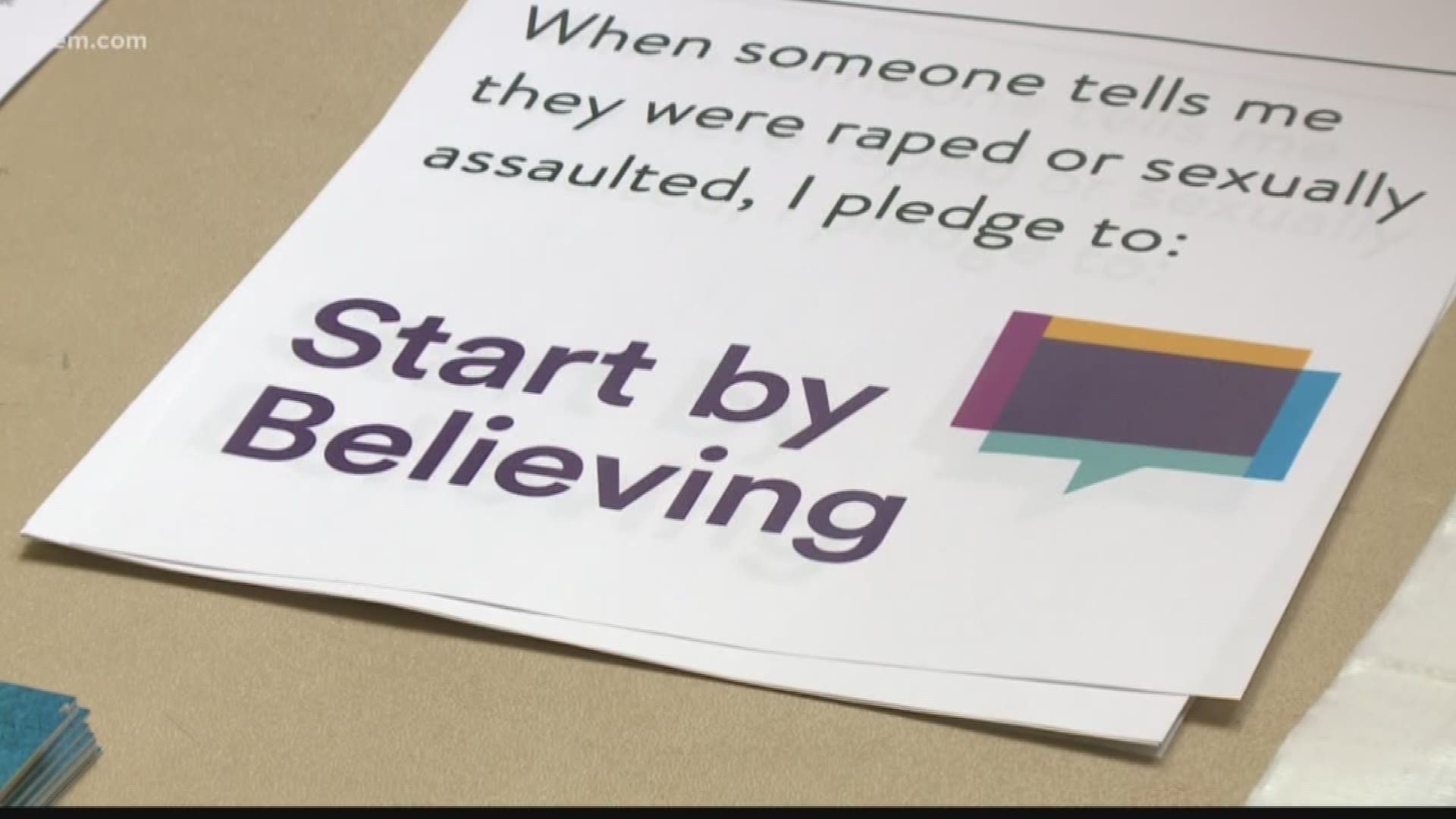 SPOKANE, Wash. — Advocates for sexual assault survivors and law enforcement came together to promote the ‘Start by Believing’ campaign, Wednesday.

This is the second year, Lutheran Community Services held events to support the campaign which highlights how the community can respond to victims of sexual violence.

Experts say many survivors of sexual assault do not report attacks in fear they will not be believed. ‘Start by Believing’ aims to encourage people to listen and support victims.

"Survivors of sexual violence are most likely to report first to family and friends. And their reaction is crucial to if the survivor is able to move forward with reporting to law enforcement. And it can also impact their healing journey,” Lutheran Community Services Victim Advocacy and Education Program Director Ligeia DeVleming said.

Last year, advocates launched the ‘Start by Believing’ campaign in Spokane. Events are held on the first Wednesday of April. April is Sexual Assault Awareness Month.

DeVleming said they have seen a change in how people respond to victims.

"We've had survivors report that they are grateful that there are lots of people in the Spokane community that are rally together saying that ‘we believe you, it's not your fault, we're sorry this happened to you and resources are available for you’,” DeVleming said.

Spokane Police Sergeant Glenn Bartlett investigates sexual assaults. He agreed when victims get support from people they trust they are more likely to go to the police.

"We want them to be confident enough and trust us enough to come forward regardless or not if they want to pursue charges,” Bartlett said.

Bartlett said the philosophy of ‘Start by Believing’ does not come at the expense of a thorough investigation.

"We have a responsibility to everyone involved to have as accurate investigation as we possibly can and it is difficult at times. We see the emotions,” Bartlett said.

Rho Beta Psi is SCC’s chapter of the American Criminal Justice Association. The students aspire to be involved in the criminal justice system whether it is law enforcement, crime scene investigation or litigation. They were on campus offering support and resources to victims of sexual violence.

“We all know someone who has gone through some sort of issues and it always hits close to home, so it's something that we really want to be able to help out in the community with,” Rho Beta Psi Member Joshua Templeton said.

Advocates said, in the last year, there has not only been a push for awareness at the local level but nationally. Two examples they cite are the #MeToo movement and the Kavanaugh-Blasey Ford hearing.

Advocates and investigators alike said sexual violence is a community-wide issue and it will take the entire community to stop it. And they say the first step is believing.

All month long Sweet Frostings Blissful Bakeshop in Downtown Spokane will sell blue ribbon sugar cookies. Half of the proceeds will go Lutheran Community Services. The fundraiser is only at the downtown location.