Jon Moog, director of Riverfront Park, said the new season will feature events for everyone, both on and off the skates. 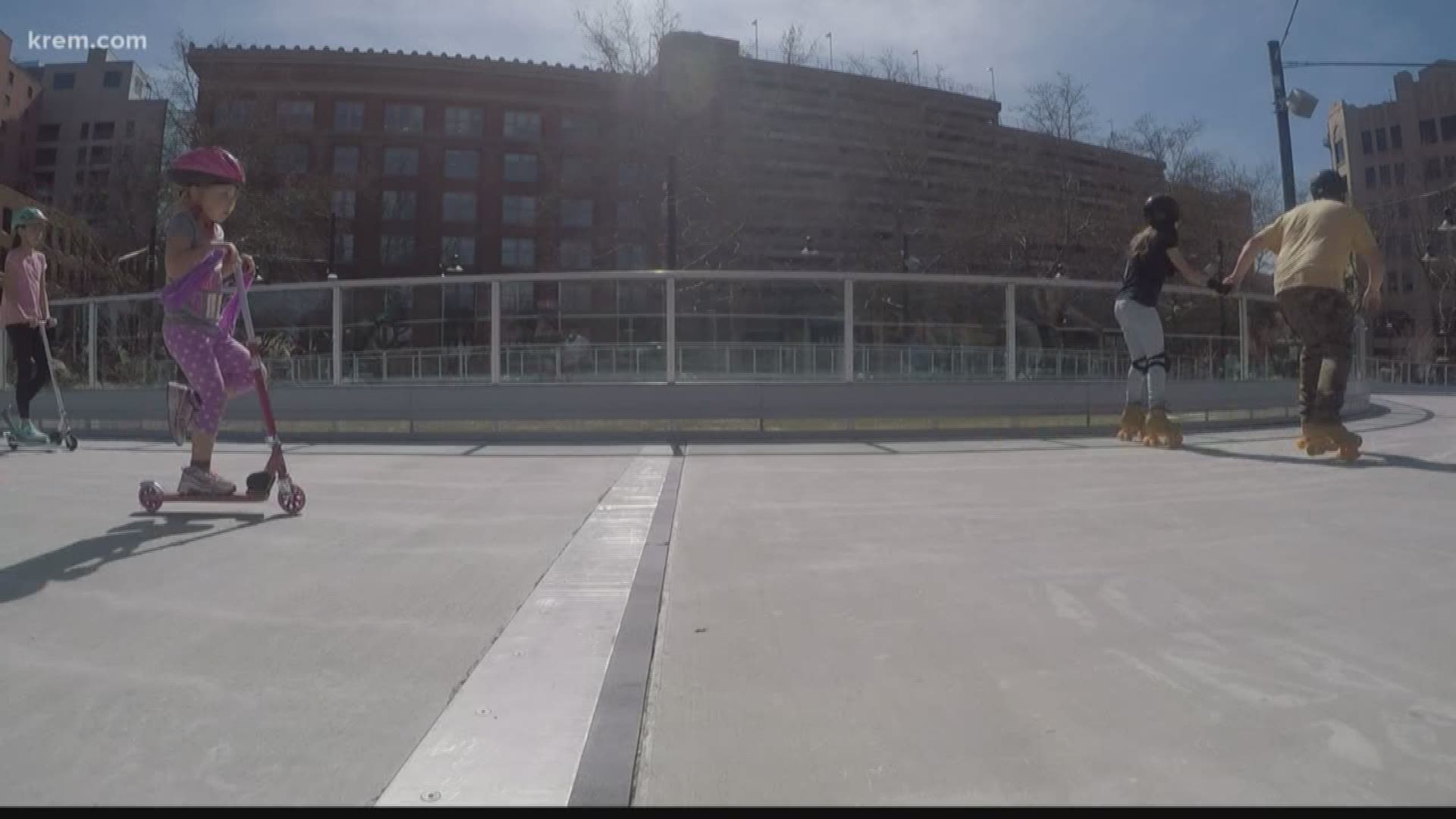 SPOKANE, Wash. — In the first week of its second season, the skate ribbon at Riverfront Park attracted hundreds of people.

Wheels and concrete are now where blades and ice were during the winter season.

Jon Moog, director of Riverfront Park, said the new season will feature events for everyone, both on and off the skates.

Since the last season, the park has added more pedal carts. Moog also said there will be more events offering free skate rentals.

He said the park will also resume events from last season, like Riverfront Eats and live music.

For the current season, he said the board is thinking of new ideas to add to the park and ribbon.

“Those might come late spring, early summer to reprogram the ribbon in different ways,” he said.

But he wouldn’t share specifically what those ideas are.

“We’re still exploring those to see what we can actually do, so we might stop the roller skating for just a little bit just to open that up,” he said.

But no matter what additions they’re considering, he said one thing that won’t change is the ribbon’s free admission.

“What we’re actively working for is trying to make those free and low cost activities available to the community at any time. So that accessibility is important for us,” he said.

The park’s next event is an Easter egg hunt on Apr. 20. It’s free for children under 12.