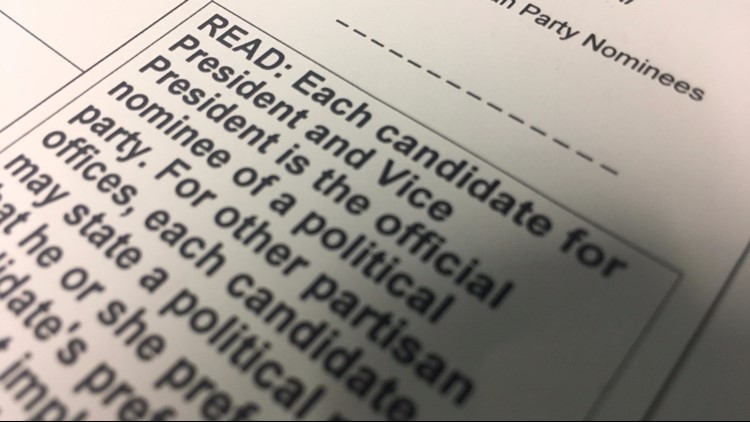 SPOKANE, Wash. — The ballots are still coming in, but as of Saturday, Nov. 10, 232,051 ballots have been returned to the Spokane County Elections Office.

County records show that 323,341 ballots were issued this year and more than 70 percent have been returned so far.

This year's ballot return rate may not surpass the total from 2016, but so far 2018 is one of highest return rates in recent years.

In the last eight years there have been some significant races that most likely caused a boost in voter turnout. For example, in 2016, the presidential race between Donald Trump and Hilary Clinton. In 2012, Washington voters were deciding on congressional races, a governor, as well as whether to legalize marijuana and same-sex marriage.

According to county election records there were more than 70% of ballots returned for the 2010, 2012 and 2016 November elections county wide. There's still a couple more weeks until all the ballots are counted, and there is a possibility of surpassing previous numbers this year.