It all started when a 6th grade classroom learned that tickets were pouring in from the new school zone traffic cameras. 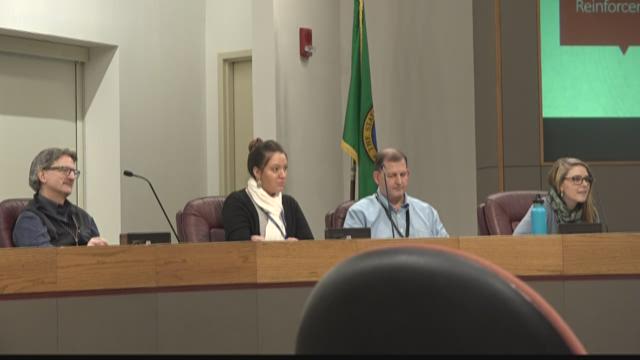 SPOKANE, Wash. – A group of 6th graders at Regal Elementary School want to give out rewards to encourage drivers to slow down in school zones.

It all started when a 6th grade classroom learned that tickets were pouring in from the new school zone traffic cameras. They decided something needed to be done. On Thursday, they took it to the Spokane City Council with a proposal that would land in your favor. They prepared for more than a month for the meeting, researching, talking to law enforcement, and collecting data.

In 2017, there were 7,900 speeding tickets issued in the two camera monitored school zones. Even with cameras in place to deter speeding, numbers were way to high and their safety is still at risk.

“We believe that positive reinforcement must be included to change speeding behavior,” one student said.

In their own classroom, rewards for doing something positive has seen a lot of success. They created a survey asking staff what would motive them to follow speed limits. In the survey, 51 percent said a speeding ticket was enough 49 percent said either money or a gift card.

Right now, money collected from the school zone traffic monitors go directly to school safety related projects. Students suggested a portion of that money go towards purchasing gift cards from local businesses to randomly reward safe drivers. They said not only will it encourage safe driving but it would also improve the city’s economy.

In addition to the gift cards, Councilman Mike Fagan suggested students hold up a bright sign reminding drivers of the law.

“I think that would really put you guys out there and make you visible with a wonderful message,” Fagan said.

“It was fun to see them get up and do that. They probably would never imagined themselves speaking in front of Spokane City Council members. For me that was a huge joy,” Watts said.