The private investigator hired to look into the death of a Spokane doctor said on Thursday he believes the doctor was murdered, and it was not an accident as authorities have said. 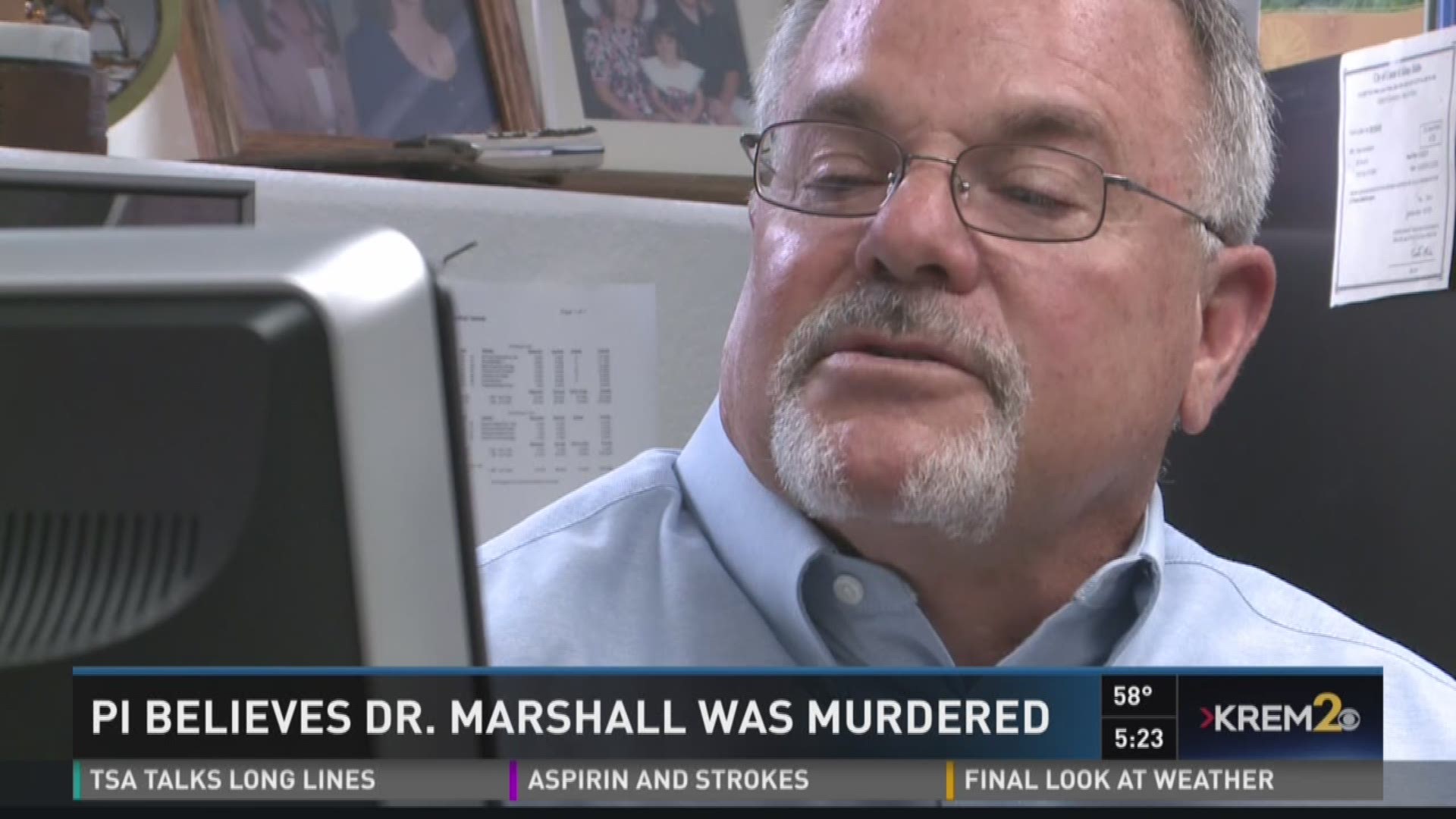 SPOKANE, Wash. – The private investigator hired to look into the death of a Spokane doctor said on Thursday he believes the doctor was murdered, and it was not an accident as authorities have said.

Dr. John Marshall’s body was pulled from the Spokane River on January 26 after his wife, Suzan, reported him missing the day before. Surveillance video showed him leaving for a run around 5:00 a.m. and he was not seen again.

The medical examiner ruled it as an accident, but Marshall’s wife was not satisfied with that and hired a private investigator Ted Pulver.

Pulver said Thursday after reviewing crime scene photos of the death, he believes Marshall was murdered.

"The crime scene photos actually supported the information that we have been developing and that is that very likely this crime, this death is indeed a crime and this was a staged, professionally staged crime," said Pulver.

The photos show Marshall partially out of the water with his head tilted back and his arms down at his sides. Those photos also show Marshall's iPod still in his pocket with the head phones still plugged in.

"It's highly unlikely that anybody would be in that kind of a position in rigor on a river, especially with a river drowning at that location," said Pulver.

Pulver said loose items like Marshall's iPod and gloves would not have stayed on if his body had gone over the bridge, through rapids, or been stuck under water for a period of time. Pulver said the location and position of his body also lead him to believe it was dumped there.

"I think as the medical examiner stated he suffered a devastating blow to the sternum shortly before he died, looked like water had been injected either by hose or some sort of device into his lungs," said Pulver.

After Marshall's death several rumors circulated about Marshall's death being connected to the death of Brenda Thurman who was accidentally shot and killed by her husband in Spokane Valley a week before Marshall went missing. Pulver said he looked hard into that rumor but found no connection between the two.

In a statement, Marshalls wife Dr. Suzan Marshall said, "John's life and our future with him was stolen. I ask for due respect in honoring a decorated veteran, meticulous surgeon and devoted husband and daddy."