Picken has done several public murals since then in Spokane and Seattle. She has taken her abstract, geometric designs to parks, businesses, street corners and non-profits. 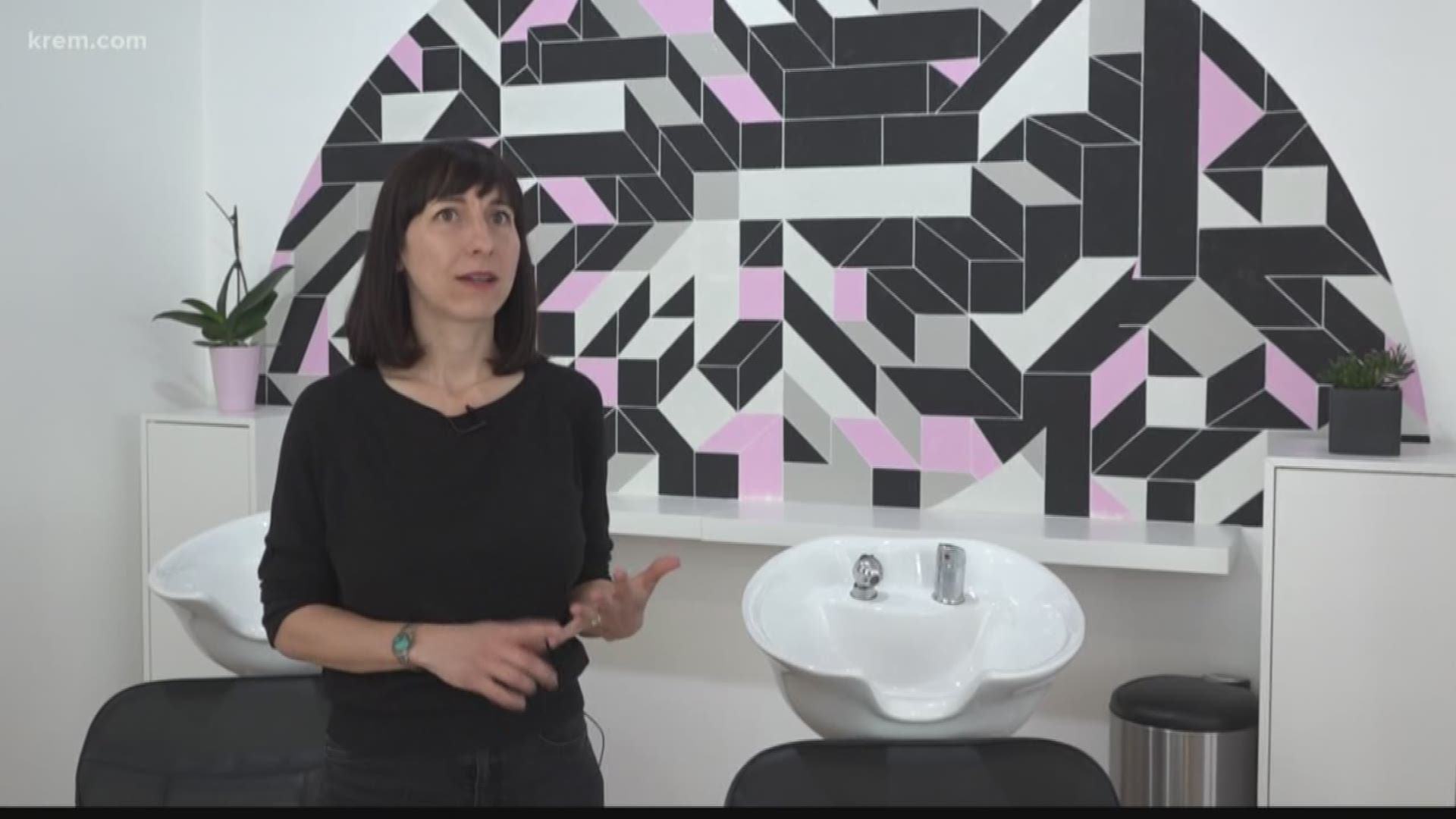 SPOKANE, Wash. — Downtown Spokane has become the epicenter for local artists to share their artwork. For Ellen Picken it was the first place she created a public mural.

About five years ago, Spokane Arts went looking for muralist to transform the downtown corridor.

Picken, a studio artist at the time, answered the call. The request was for a train-related painting that would go on the Wall Street underpass.

"Instead of painting a train, I thought let's create the essence of the sound of the train. We thought about the pattern and that repetition of that sound of the tracks,” Picken said.

She designed the Wall Street underpass mural, but she was not alone in its creation. As work began on the project, she quickly realized she was going to need more brushes. About 40 people volunteered to paint the massive mural that lines both sides of the street.

"All the people that we ever met walking by interpreted it in their own way and they started to participate and they helped us paint. What I loved about it so much is that people who worked downtown in their suits, people who lived on the street under that exact bridge they came together to help paint that mural. They got to talk to each and get to know each other as human beings,” Picken said.

Picken has done several public murals since then in Spokane and Seattle. She has taken her abstract, geometric designs to parks, businesses, street corners and non-profits.

While she has enjoyed sharing her art with different communities, her work in Spokane means the most.

Picken grew up in Spokane and is a graduate of Eastern Washington University. Over the years, she has noticed a change in how the Spokane community embraces local artists and their work.

"It wasn't always this way. A lot of people left and came back and some people stayed and those groups of people who stayed and believed in Spokane really created a foundation for other artists to express themselves,” Picken said.

In 2015, a group of Gonzaga University students enlisted her help to paint a mural for the Fresh Soul Restaurant. Students and other members of community splashed some color on the newly renovated restaurant, which houses a job training program.

She recalled they ran out of paintbrushes. Volunteers had to share. Picken saw it as an opportunity for volunteers to get to know one another as they passed the brushes around.

"I still keep in touch with one particular girl who helped me paint every day. And I feel like that had a big impact on her life,” Picken said.

Artists like Picken continue to leave a mark on our community, with not only their work, but through the connections that are made in the process. 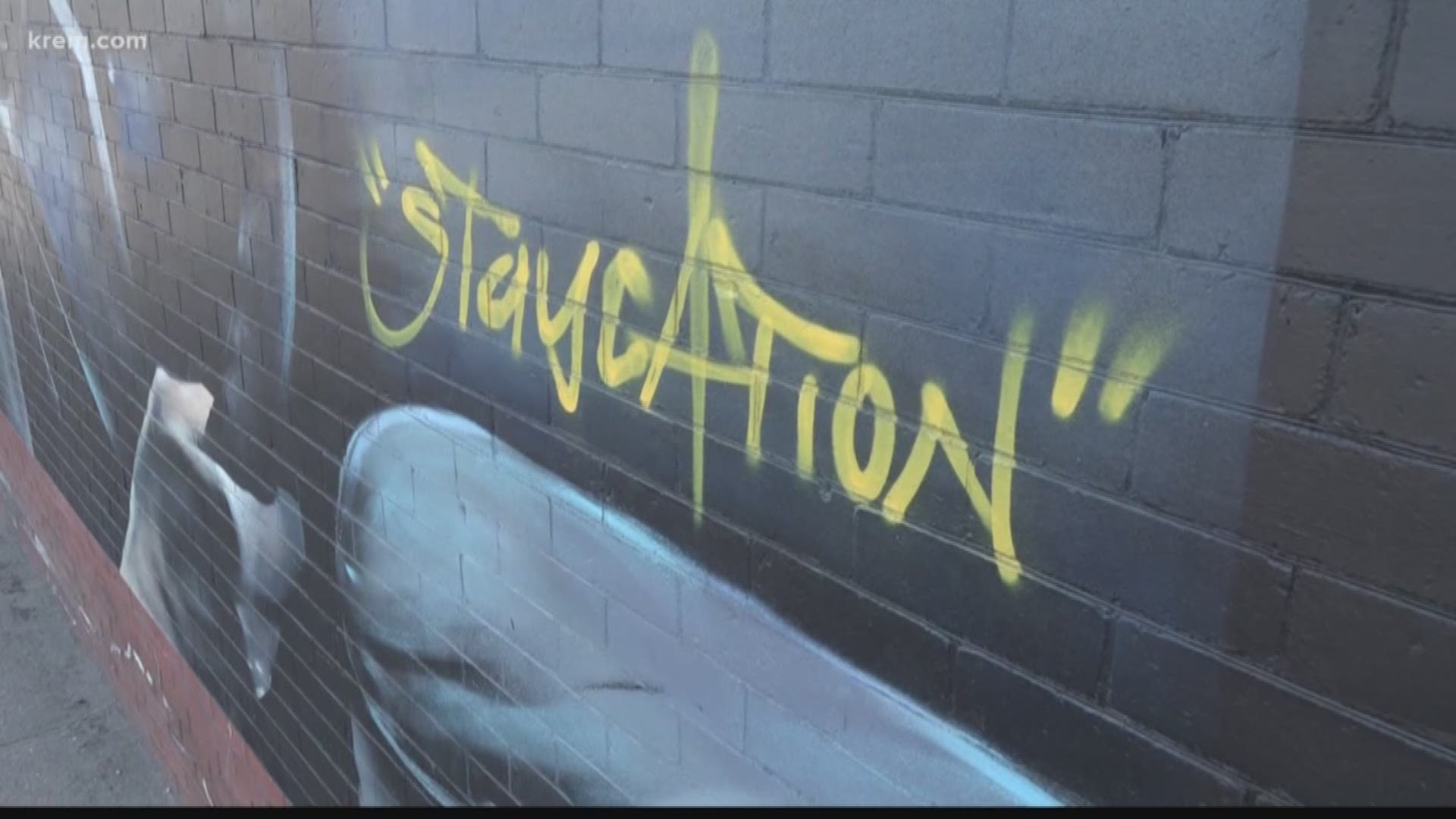