A Lime spokesperson said in the week the bikes and scooters have been here, Spokanites have logged nearly 10,000 trips and 5,000 miles all together. 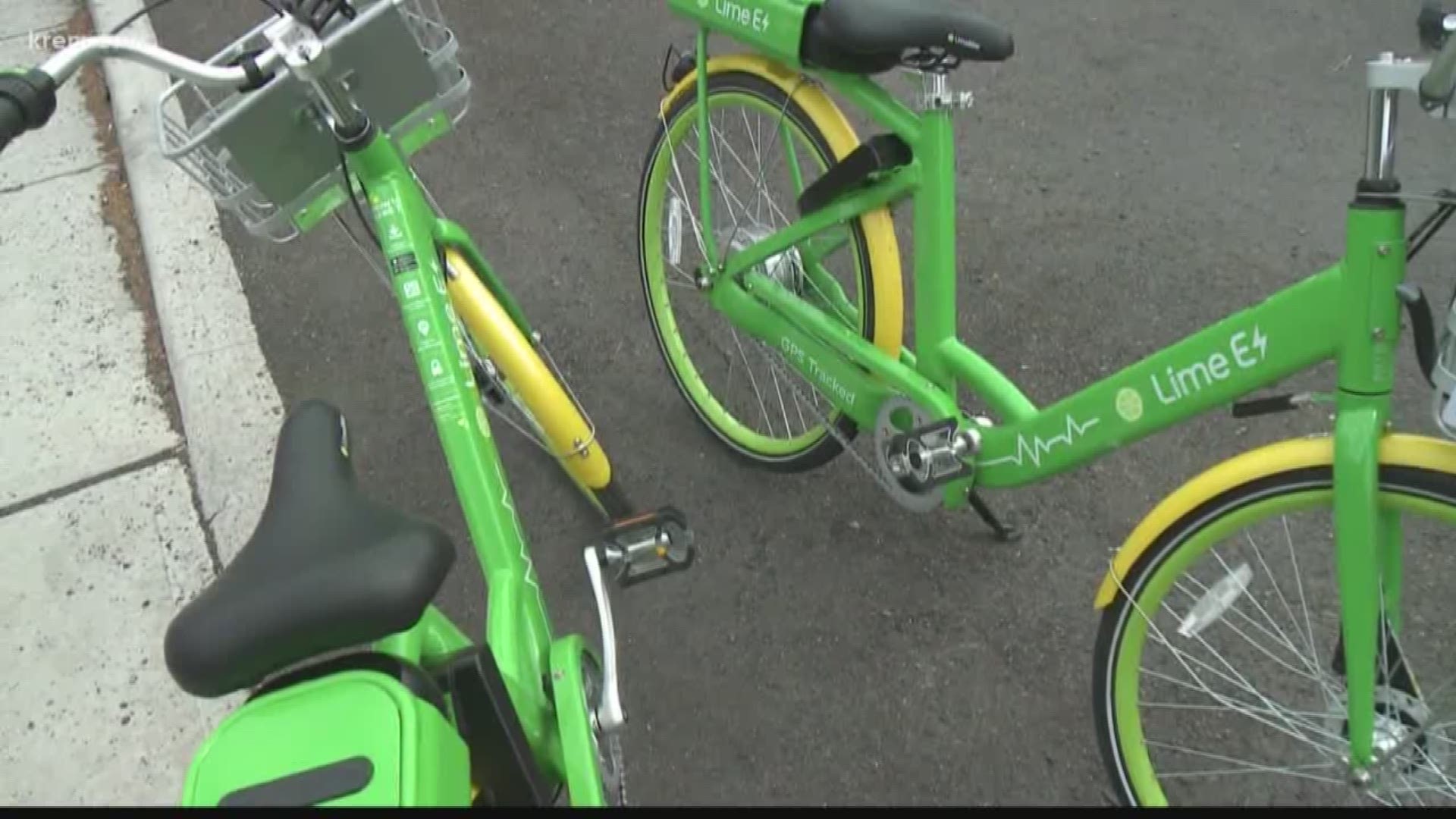 The Lime Bike app shows that there are a couple bikes as far as on Driscoll, heading out towards highway 291.

The Lime App also gives some insight as to how spread out the bikes are. On Wednesday, there are many located near the downtown core because that's where the company set most of them up. There are a handful to the North, on the South Hill and even on the West end of the city.

Wednesday morning, the app showed a bike all the way out in Milwood off Argonne. It appears people are doing their part to test the bikes out in the Lilac City.

There was a Lime bike found in one neighborhood after someone had taken a saw to it. The people living nearby said they have no clue how it wound up there.

It's worth pointing out that this is just one incident, trashed Lime bikes don't appear to be a widespread problem.

On Monday, the city had said it didn't receive any vandalism reports from Lime. The company has said that nationally, less than one percent of its fleet is vandalized. This is all part of a two-month pilot program so there is still time to give the rides a try.

At the end of it all, it will then be up to city leaders to make a decision regarding whether they want to continue on with Lime.