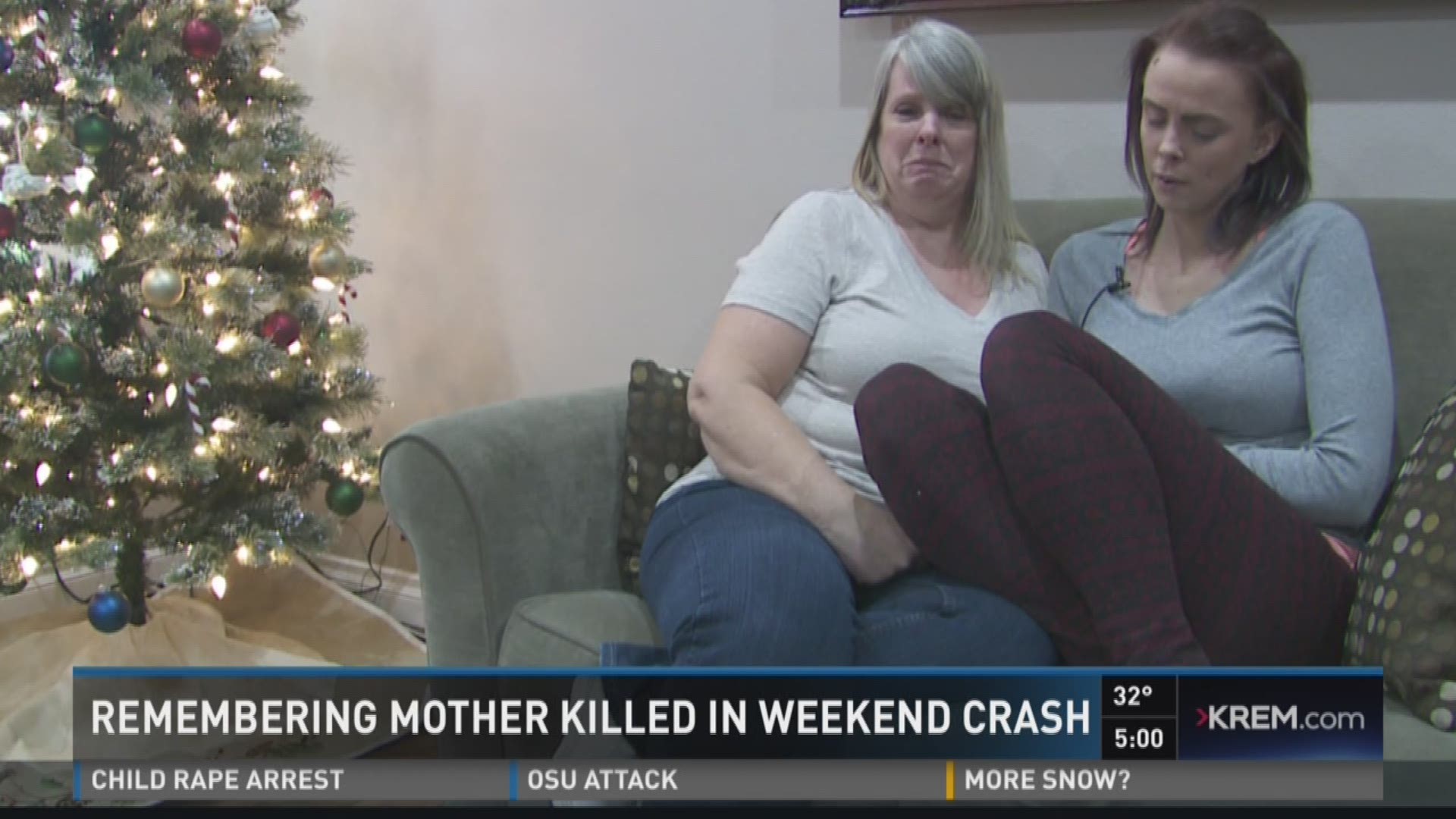 SPOKANE, Wash. --- Heather Hope died just a block away from her home. Heather's 16-month-old daughter who was also in the car, survived the crash. Despite the severity of the crash, the little girl is doing okay.

Heather's family said the accident should have never happened. That is because the driver who hit Heather's car not only had a suspended license, but was also uninsured. As a result of the crash, Heather's daughter will now grow up without a mom.

"I would take her place if she could be here right now... in a heartbeat,” said Sheila Hope, Heather’s mom.

Sheila has replayed the events of Saturday over and over again.

"She'd always put her arm around my neck, kiss me on the lips or cheek and say 'mommy, I love you'... that's what she did that day,” said Sheila.

Family said Heather treated every day as if it were her last. More than anything else, her daughter Anastacia was her reason for living.

"She lived and breathed her daughter. She was a stay-at-home mom. She got to stay home and spend every second with her,” said Heather's mom Sheila and Heather's sister, Amber Hope.

Heather knew that the world around her daughter was not safe, so she wanted to pick out a good car seat for her daughter. Heather researched for weeks, looking for the safest car seat that would protect her daughter.

"We bought the same exact one. We did everything right because her worst fear was a car accident,” said Amber. She eventually decided on a Graco Extend2fit.

Unfortunately, that fear became a devastating reality on Saturday night. Heather was going home after a family get together when the accident happened. Her fiancé and Anastacia were both in the car. Out of nowhere another car T-boned them. Heather died instantly. Heather’s fiancé survived, only suffering from minor scrapes and bruises. Thanks to the quality car seat Heather picked out for her daughter, she was left unharmed.

"It paid off. I am so thankful and I know she would be so happy knowing that her daughter is still here with us,” commented Amber.

While Heather is gone, her beautiful baby is doing just fine.

"It just makes it feel so much better. You don't seem to cry as much because you focus on her,” said Sheila.

Heather Hope will be remembered as a loving daughter, sister and devoted mom who saved her most precious love.

"Cherish every moment. Life is too short,” Sheila said.

No arrests have been made in this case. Police said the driver was not drunk or impaired at the time of the accident.

Heather's family set up a GoFund me page to help pay for funeral costs.