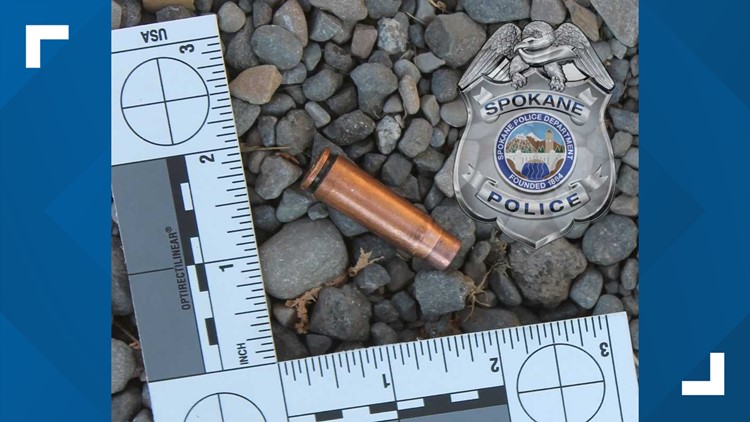 Around 1 p.m., a resident in the 2000 block of W. 7th called in a report about a man who had pulled into his driveway with his truck, yelled obscenities at the resident and waved a rifle around before driving off, Spokane Police Cpl. Teresa Fuller said. Minutes later, multiple reports started coming in about shots fired at High Bridge Park.

Responding officers spoke with multiple witnesses and victims who reported seeing one male suspect in two different pickup trucks, according to Spokane police. Witnesses told officers the suspect yelled at people on the south end of the park, pointed a rifle at them and sped off, police said.

About five to ten minutes later, the suspect pulled up in a different truck, yelled at the victims again and fired at least one round, according to Spokane police. The suspect then chased the victims in cars to the north end of the park while firing additional rounds, police said.

One of the rounds fired struck a victim’s car, damaging the rear driver’s side door and breaking a window, according to Spokane police. No injuries were reported.

Witnesses provided a license plate and vehicle description of both trucks and officers were able to obtain footage of the first truck. Less than two hours after officers first arrived on scene at High Bridge Park, police found both trucks parked at a residence in the 2900 block of W. 6th Ave.

The suspect, identified as Doyle Miracle, 54, came out of the house and was taken into custody without further incident, according to Spokane police. He was booked into Spokane County Jail on one count of first-degree assault and two counts of drive-by shooting.

Multiple resources, including SWAT, Hostage Negotiators, K9 officers, Spokane Fire Department, and the Major Crimes Unit were called in to ensure the safety of everyone involved. A number of roads in the area were closed for just over an hour.