A local dog returned home to Las Vegas Saturday after being apart from her owners for three years. 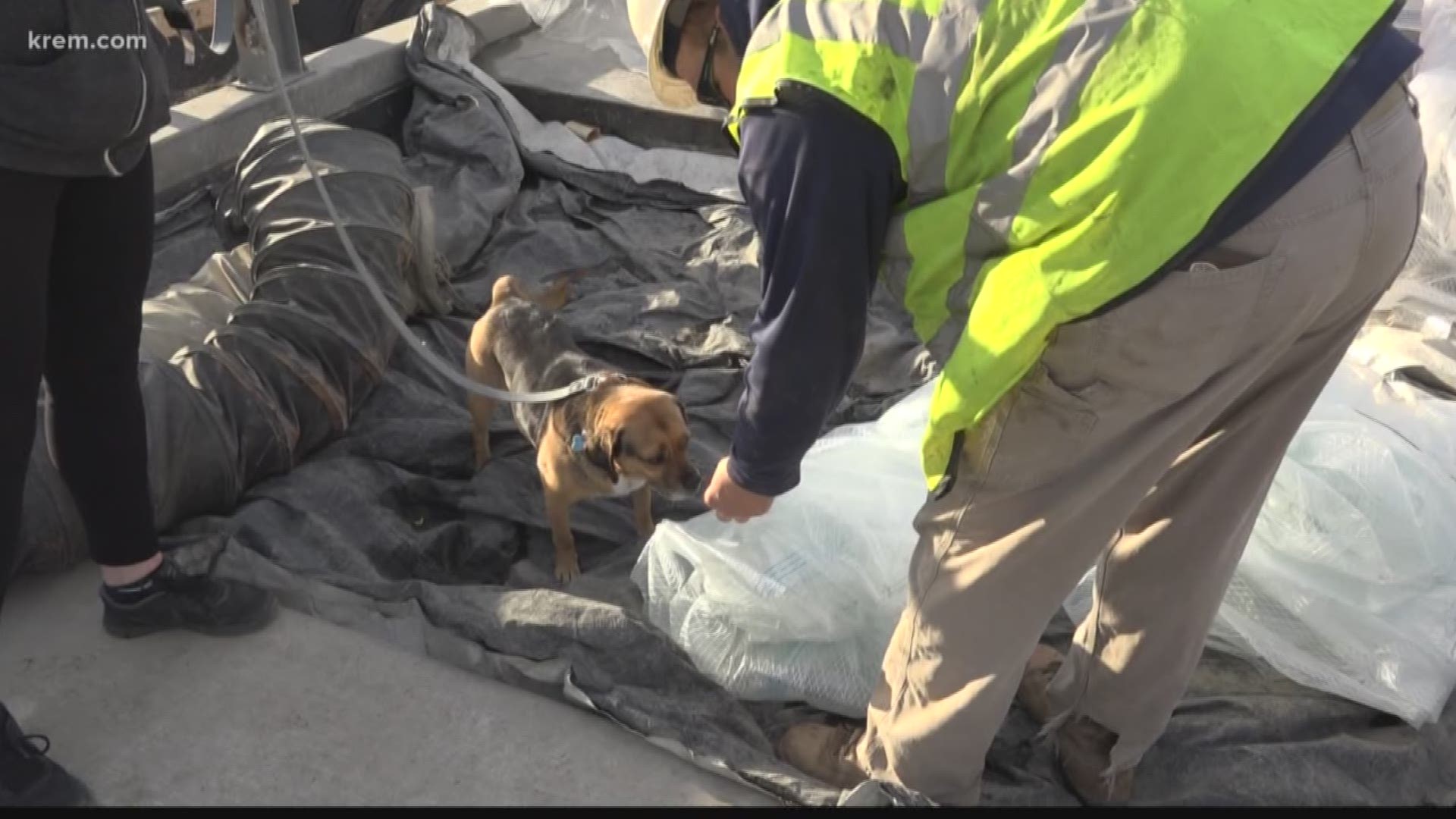 SPOKANE, Wash. — A dog who went missing from her Las Vegas family in Spokane three years ago was finally runited with them on Saturday.

Hank was the unofficial dog of a local warehouse. The crew who works there made sure Hank -- who's actually a girl -- was well cared for.

They gave her the name 'Hank' because they consider her one of the boys.

For two years they've fed her, stopping by even on the weekends. But today, they had to say good-bye.

"It was one of the guys that were here every day. She was here with all the rest of us. She was part of the bridge, this is her bridge. She's even been across it,” he said.

Heidi Westgate bought a warehouse next to the project a couple months ago and met Hank when the construction crew asked if they could build a doghouse on the property.

“I befriended her over the last week and a half and got her cleaned up, took her to the doggie spa,” she said.

But Hank didn't act like a stray. She knew how to walk on a leash and quickly adjusted to being an indoor dog.

"I realized that she probably has someone who loves her, and I couldn't be selfish and keep her, and I had her checked to see if she was microchipped,” Westgate said.

Hank is actually a long way from home - known to a family in Las Vegas as Annabella. They had been visiting Spokane three years ago when the dog ran away and they could not find her.

"I said I would love to adopt her if you can't come up and she said, ‘she's my family and I'm coming to get her,’” Westgate said.

After three years on the streets, Annabella is headed home.