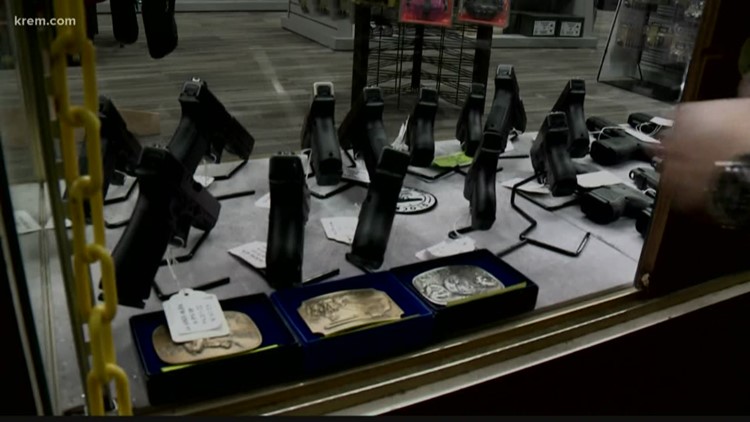 The remaining regulations will go into effect this summer. With the age restriction in place, manager Jeremy Balls said they'd like more direction from the state to make sure their following the new law.
Author: Amanda Roley
Published: 5:24 PM PST January 2, 2019
Updated: 2:48 PM PST January 3, 2019

The recently passed Initiative 1639 went into effect in Jan. 1.

Right now, only the age restriction is in effect. The remaining regulations will go into effect this summer. With the age restriction in place, Sharp Shooting manager Jeremy Ball said they'd like more direction from the state to make sure they're following the new law.

"Right now we have not had direction from the state of Washington to tell us who we can and cannot sell semi-automatic rifles to,"  Ball said.

Ball said they're licensed through the firearms division of Washington State Department of Licensing. Christina Anthony with the DOL said they're more the record keepers, and this isn't its jurisdiction. She suggested gun shops contact local law enforcement for more information.

"It very well could be them, but that's not a position that I would expect the Spokane police department of Spokane County Sheriff's Office to take up. That should be a state agency that determines that," Ball said.

He said while some of the language with the new law might be unclear, they're sticking to the 21 and older requirement to be safe. He hopes when the next round of regulations go into effect in July, the state is prepared to clarify where needed.

"When a lot more of these go into effect, we hope they're a little more organized in making sure they're streamlining information out to us as dealers. Just so we can make sure we're staying in compliance with the state regulations,” Ball said.