Lime bikes make their debut in Spokane for pilot program 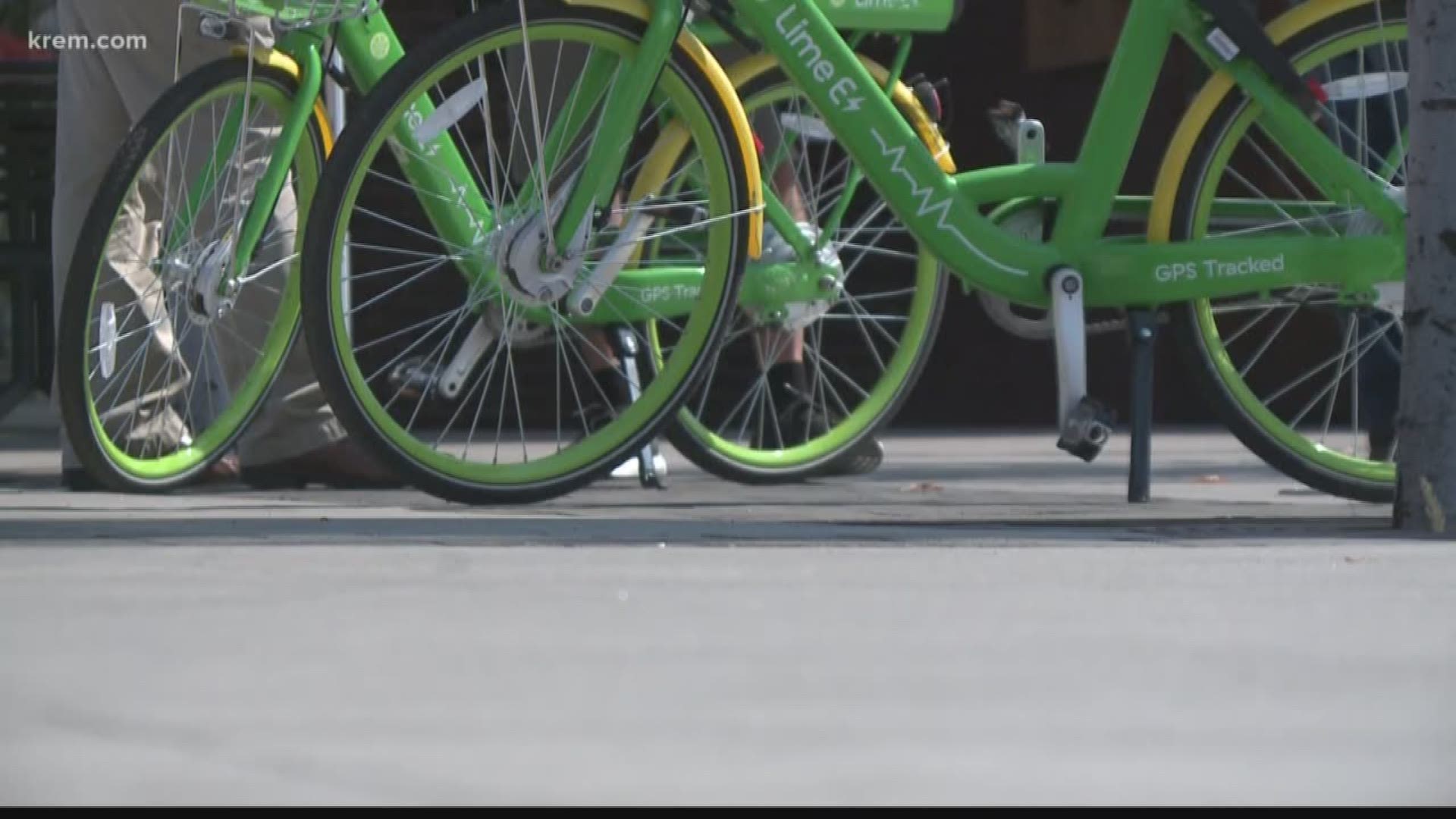 SPOKANE, Wash. — This week, Spokane residents may start to see some more bikes around the city, and lime-green ones at that. It's all part of a pilot project between the city and Lime, a company that sets up bike and scooter sharing programs across the U.S.

“The color jumped out at me. That's why I first came up to inspect them,” said Laura Woods who spotted the bikes getting set up in Kendall Yards.

Tuesday was the first time the bikes were set up in Spokane.

There are manual bikes and electronically assisted ones and they cost a dollar to unlock. Users are instructed to leave their bikes near bike corrals, or near sidewalks as long as they aren't in the way.

A city spokesperson said that a bike share program like Lime has been a topic of discussion in Spokane for several years now.

The city has spent some tax dollars and grant money on background research, but the pilot project with Lime is being funded solely by the company.

The future of the bike program is not clear at this point as this is just a two-month pilot program. After that, it will be up to city leaders to determine if Lime bikes will stay.