Lime bikes and scooters are back in Spokane. Here's what you should know

Lime bikes and scooters are returning to Spokane streets on May 13. They will cost $1 to unlock and 25 cents per each minute of use. 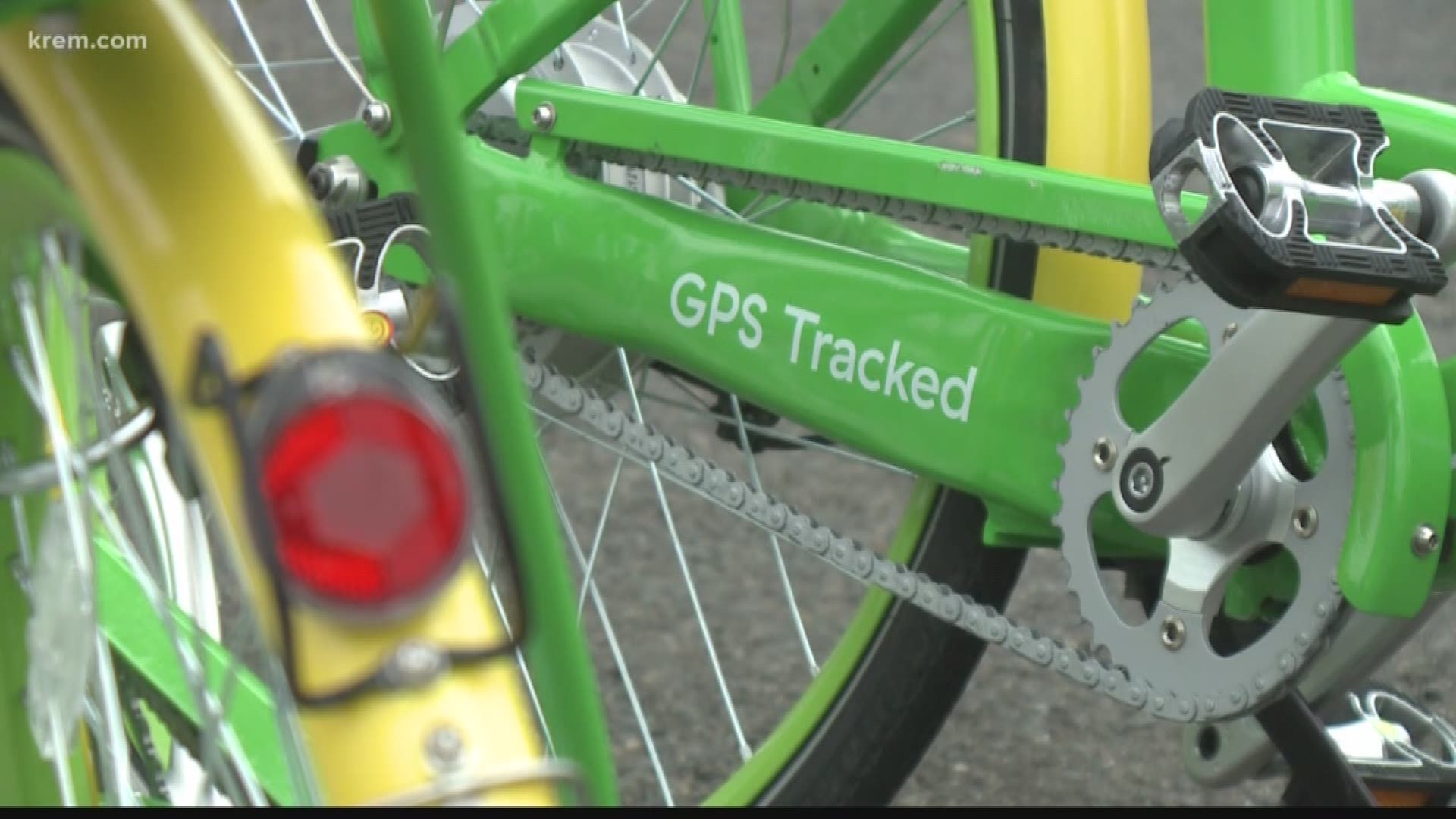 SPOKANE, Wash. — More than 500 Lime bikes and scooters are returning to the streets of Spokane on Monday morning, which coincides with the start of the city's Bike Everywhere Month.

The City of Spokane’s 74-day bike share pilot program with LimeBike officially ended in mid-November 2018 after more than two months in the city. That left many residents wondering about the future of electric bikes and scooters in the city.

The new Shared Mobility program contract was awarded to Lime after the city received four proposals in April, according to city documents.

As part of the contract with the city, Lime pays a fee equivalent to 75 cents for every vehicle in operation a day. The fees will bring in an estimated $50,000 in revenue, according to City of Spokane documents.

A city spokesperson said some revenue from the contract will go toward continue work to increase amenities for bike users, like bike lanes, and administrative costs for the program.

The bikes and scooters cost $1 to unlock and 25 cents per each minute of use. They use a dockless system that allows bikes to be parked at any location.

Those on a low-income program can sign up for Lime Access, reducing their rates on scooters and bikes to $0.50 to start and $0.07 per minute

Lime also anticipates eventually hiring 20 full-time local employees to manage a fleet of up to 1,500 vehicles, according to Lime’s initial proposal.

Members of the community who pick up scooters when they reach low battery, recharge them and then redeploy them, can also earn some extra cash as “Lime Juicers.” According to city documents, more than 300 Spokane residents earned an average of $278.52 during the 2018 pilot program.

Generally, Juicers collect scooters for recharging after 7 p.m. and deploy them before 7 a.m. each morning. During the overnight hours, a lower volume of charged scooters will remain available in the highest-demand areas.

The return of Lime puts several new rules in place, including speed requirements.

Users must ride scooters on the sidewalks on downtown streets with speed limits higher than 30 mph. In other areas, bike and scooter users should ride the vehicles on the streets or in bike lanes.

People can ride on sidewalks outside of downtown, where speed limits are higher than 30 mph.

"Even though we have wider sidewalks downtown, it's just a challenge and a danger when you have something going that fast with many people out and about," said Brandon Blankenagel, Senior Engineer with the City of Spokane.

Bike and scooter speed limits are 15 mph on the Centennial Trail and are automatically regulated down to 7 mph in Riverfront Park.

"These are GPS-driven. We can draw a line around the park and as they enter that boundary they'll coast to a lower speed and that'll allow you to proceed more carefully through the park," Blankenagel said.

Gonzaga is also considering regulating speeds on campus, too.

Helmets are encouraged but not required. They will be available at various locations throughout the city.

"Anytime you are jumping on anything with two wheels, or three wheels or even four wheels, you know we wear our seatbelts in our cars. Take precaution and be careful for yourself," Blankenagel said.

Riders must be 18 years old to rent a bike and will need to download the Lime app through the iPhone App Store or Android Google Play.

On Monday morning the City of Spokane is hosting a launch at Riverfront Park at 7 a.m. They will be serving pancakes and the Lime app will go live. 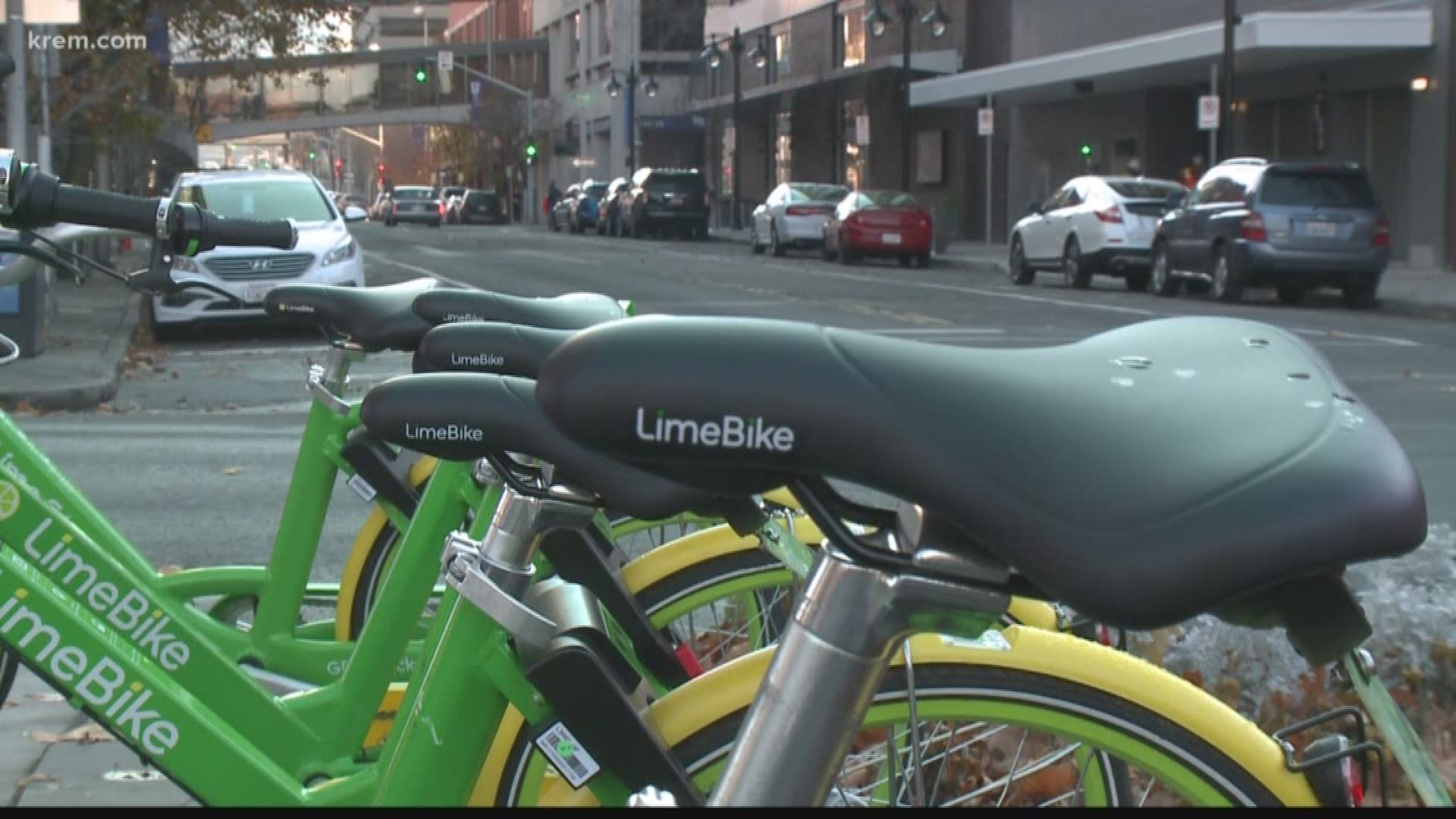