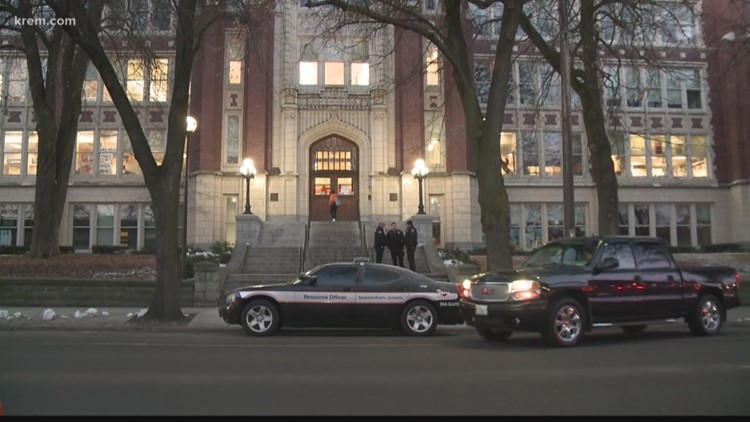 SPOKANE, Wash. — A Lewis and Clark High School student who allegedly threatened a school shooting on social media on Thursday morning told told campus safety and school administrators that the post was a joke.

According to Spokane Public Schools spokesperson Brian Coddington, a student made a threat on social media Thursday morning.

"There was a social media threat this morning at Lewis and Clark that threatened a school shooting," Coddington said. "That student was quickly identified and has been interviewed by campus safety and school administration, and law enforcement is involved in that situation."

Coddington said there is no threat to students at this time and the student allegedly responsible for the threat claimed it was a joke.

"Obviously in light the landscape nationally, and what's happened today in California, we take it very, very seriously and don't find it to be a joke," Coddington said.

At least two students died and multiple others were injured in a school shooting at Saugus High School in Santa Clarita, California. The school is about 40 miles north of Los Angeles.

Sacajawea Middle School and Hamblen Elementary School on Spokane's South Hill were also briefly on lockdown Thursday afternoon due to police activity in the area. Spokane police were responding to a man who allegedly yelled he was going to kill someone, and the schools were locked down while police contacted the man.