They would like to open Kitty Cantina in North Spokane. They're waiting on additional funding, and the green light from the health department. 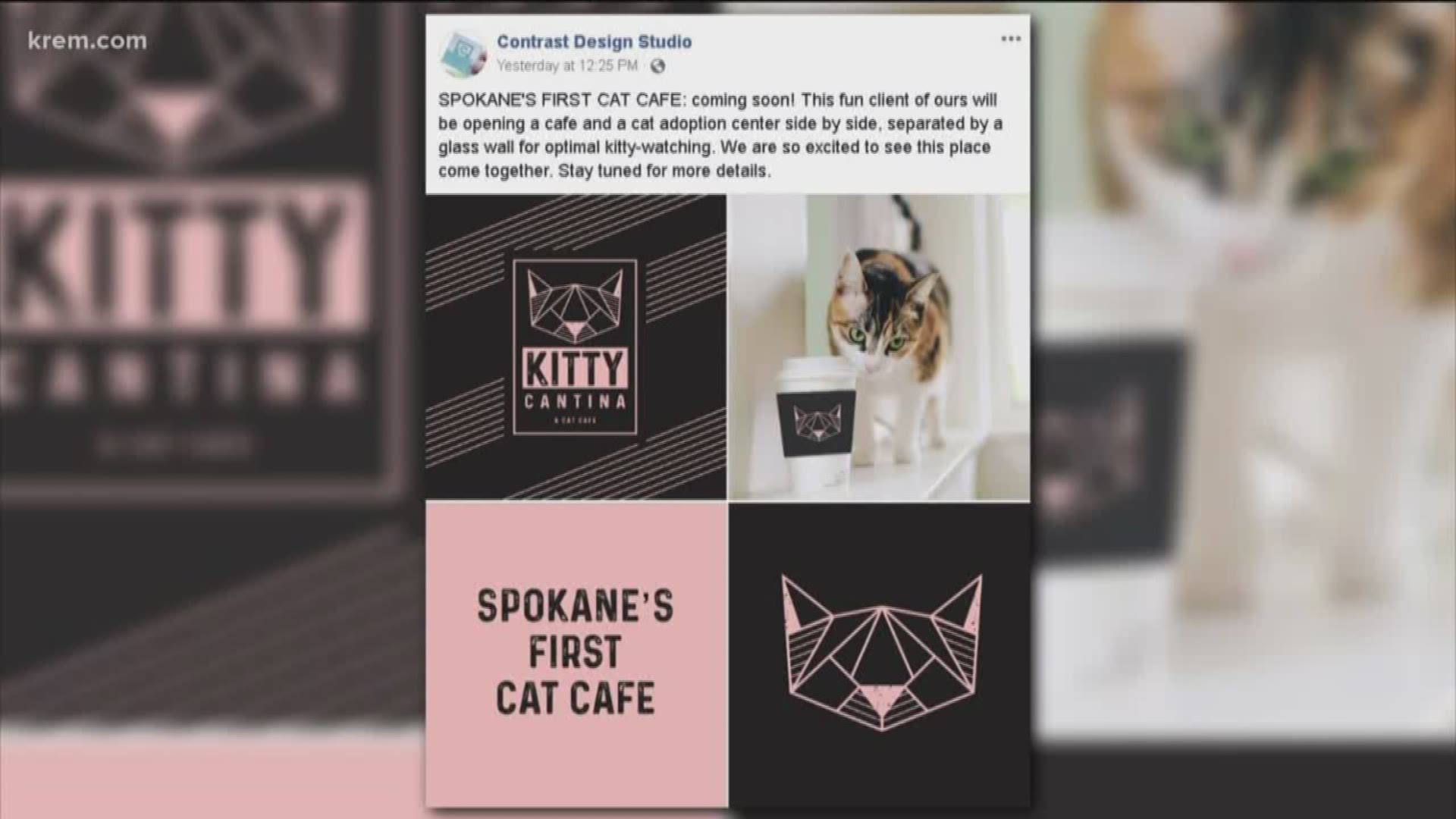 SPOKANE, Wash. — A cat café could soon be coming to Spokane.

Justyn Cozza and his wife Tori hope to open Kitty Cantina Spokane customers a place to enjoy a beverage, while hanging out with cats.

"We couldn't believe that you could drink your beer and your coffee and hang out with a cat," Justyn said.

They came across cat cafes in Portland and Seattle and became inspired to open the first one in Spokane. They've even partnered with Spokanimal so you can also adopt the cats at the cafe.

"The idea is you're not just walking into a and seeing a cage with a cat in it and buying," Justyn said.

He'd like to open Kitty Cantina in North Spokane. They're waiting on additional funding, and the green light from the health department. This is uncharted territory for Spokane as it would be the first cat cafe.

"There's food safety concerns with animals accessing or being in areas where food is prepared, especially at the retail level," Breen said.

She said someone, like Justyn and Tori, would follow the same requirements as other retail shops, but with an added requirement of separating the two activities.

This means one section would be strictly for food and drink services only, then a separate section where animals are allowed.  On top of that, each section can only be accessed from two separate entrances.  Using Starbucks as an example, Breen said it's too open of a space to be in compliance with the health code.

"If it's like a Starbucks and you have an open concept, there would actually have to be a separate room that had an outside entrance for the customer to go outside the food establishment and come into this other area,” she explained.

Neko, a cat cafe in Seattle, did just that in King County. It has two separate spaces. One-part cafe where food and drinks are served and the other part where the cats roam freely.

Justyn and Tori are determined to be Spokane's first cat cafe. They'll be looking to places like Neko for guidance.

There's no word yet on when their shop would open.

RELATED: Sign up for the KREM News 2 Know morning newsletter