'It's kind of an interesting challenge': Rogers HS senior gets 3D-printed arm from EWU students

Rogers High School senior Ryan Merkle says he is thankful for the prosthetic arm but, in some ways, it does pose new challenges. 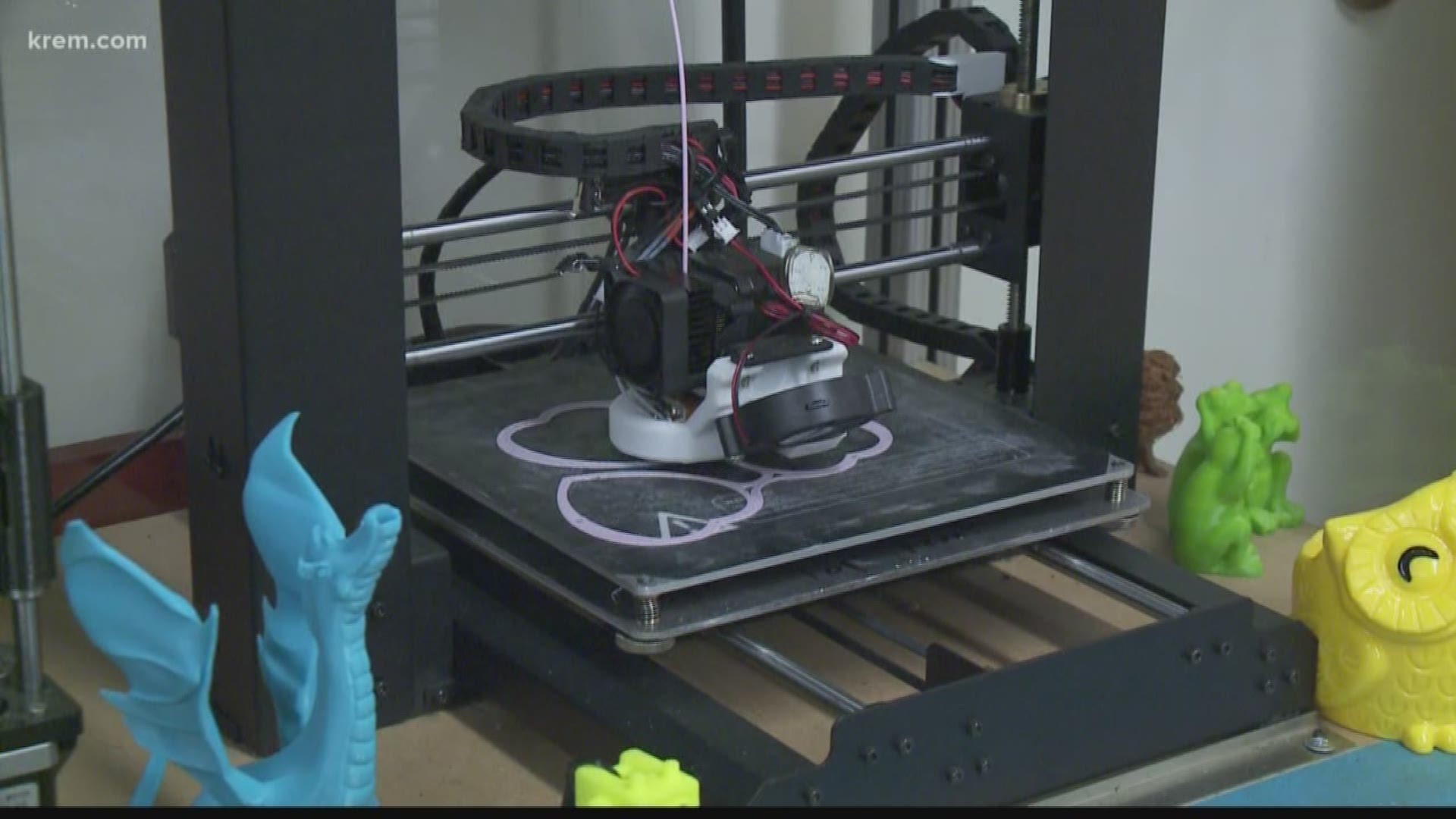 SPOKANE, Wash. — A senior at Rogers High School says he is thankful after receiving a 3D-printed prosthetic arm made by mechanical engineering students at Eastern Washington University. But it has been an adjustment.

Ryan Merkle said his counselor at Rogers told him about the opportunity before he contacted the student engineers. In total, it took about two months for him to receive the prosthetic.

"You're creating something something for 15, 20 bucks that could costs hundred of thousands of dollars and it became something like this is important to do." said senior mechanical engineering major Guthrie Boleneus.

The mechanical engineering  department landed an $8,000 grant from Multi-Care. They bought a larger 3D printer and materials. Next, they reached out to area school districts to find students who might want or need a new prosthetic.

"We have to remember that these kids are whole in and of themselves without another appendage. But the world that we are in is built for people who have two hands," said senior mechanical engineering major Shannon Kellam.

Merkle has learned to adapt to the disability in his left arm throughout his life. The umbilical cord wrapped around his left arm during his mother's pregnancy.

“I don’t really hide it from people. I’m really open about it,” Merkle said of his disability.

Merkle said he also went through physical therapy at a young age.

Merkle’s experience is not the first time a Spokane student has received a prosthetic from the help of EWU students.

Fifth grader Isaiah Strom received a 3D-printed arm in January 2018. It took about two days to print all ten pieces that made up the arm.

When KREM asked Merkle about his life with the prosthetic arm, he described it as a new challenge.

“It’s kind of an interesting challenge, really. The ironic thing is I feel more limited with it,” he said.

He did say he can carry a few more objects than usual with the prosthetic but it can still be difficult at times. He uses it off and on depending on the task.

“With me carrying certain objects, the prosthetic can’t really support it,” he said. “It doesn’t feel like a proper hand – it feels more like an extension."

Regardless, Merkle is grateful for prosthetic, which was given to him free of charge.

After his high school graduation, Merkle is headed to Spokane Falls Community College to study information technology. He said he is excited for the challenges that lie ahead.