In an event page on Facebook, organizers expressed their outrage over the destruction of ‘Camp Hope’ and the arrest of people who were “exercising their 1st Amendment rights.” 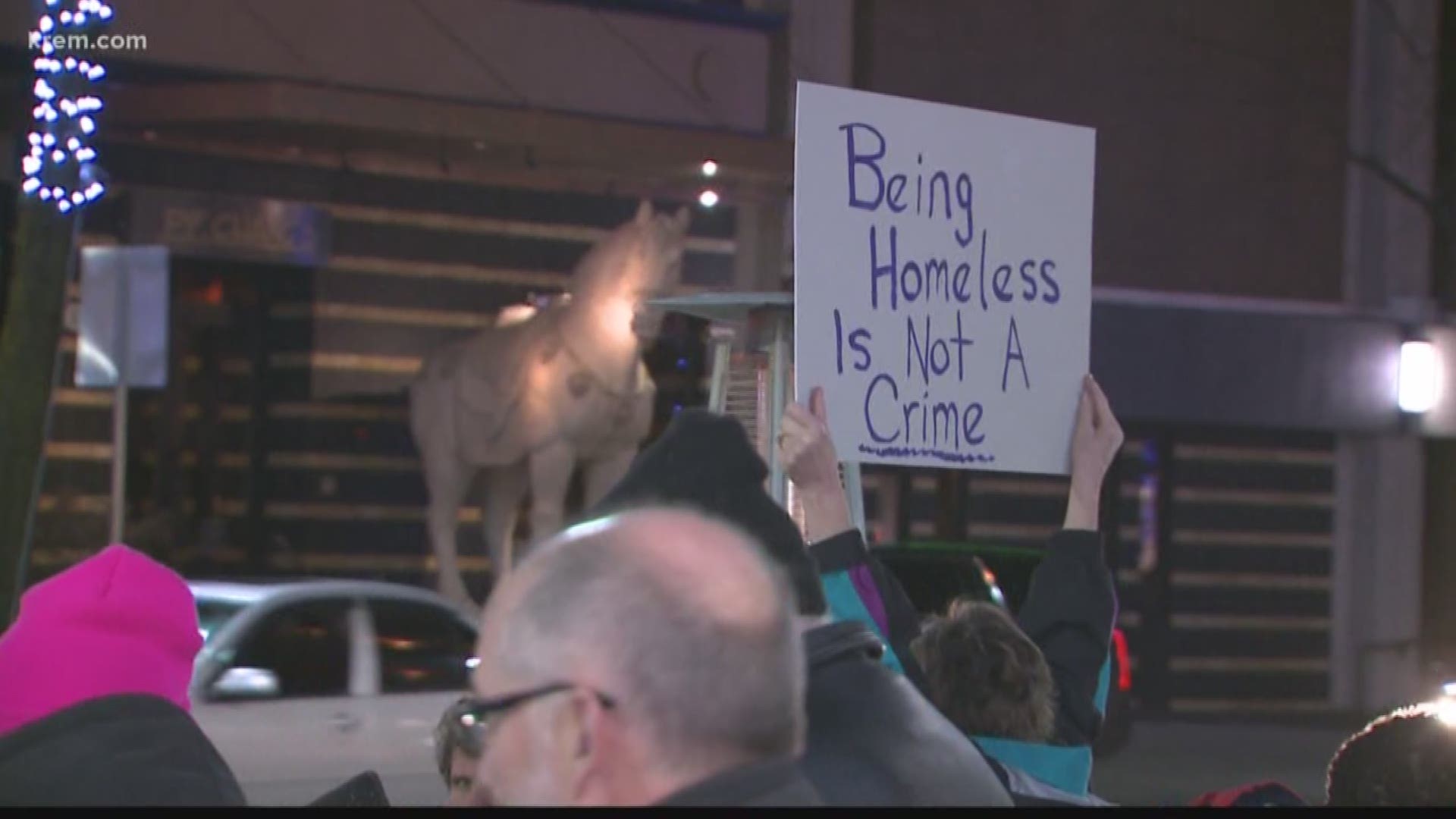 As Spokane opens more shelter spaces, protesters are still not happy with the homeless situation in the city.

They want the city to repeal sit and lie and the anti-camping ordinance. They also want full service 24/7 shelters.

In response, the city approved an additional 170 warming spaces for homeless residents by Nov. 30.

On Dec. 6, Spokane police handed out eviction notices to everyone camping in front of city hall, saying they were in violation of the protection of public lands ordinance, which prohibits camping on public property. They were told to leave by 10 a.m. on Dec. 9. A city abatement crew cleaned up the tents and other items that were left behind by that afternoon.

Spokane police arrested two people for obstructing a law enforcement officer during the clean-up process. Alfredo Llamedo, 59, and Charlie Johansen, 20, were taken into custody. According to police, they refused to follow officers' orders.

RELATED: Homeless advocates: 'It feels like the city is bailing on people'