During a search of a home related to the shooting, detectives recovered a firearm and an improvised explosive device. 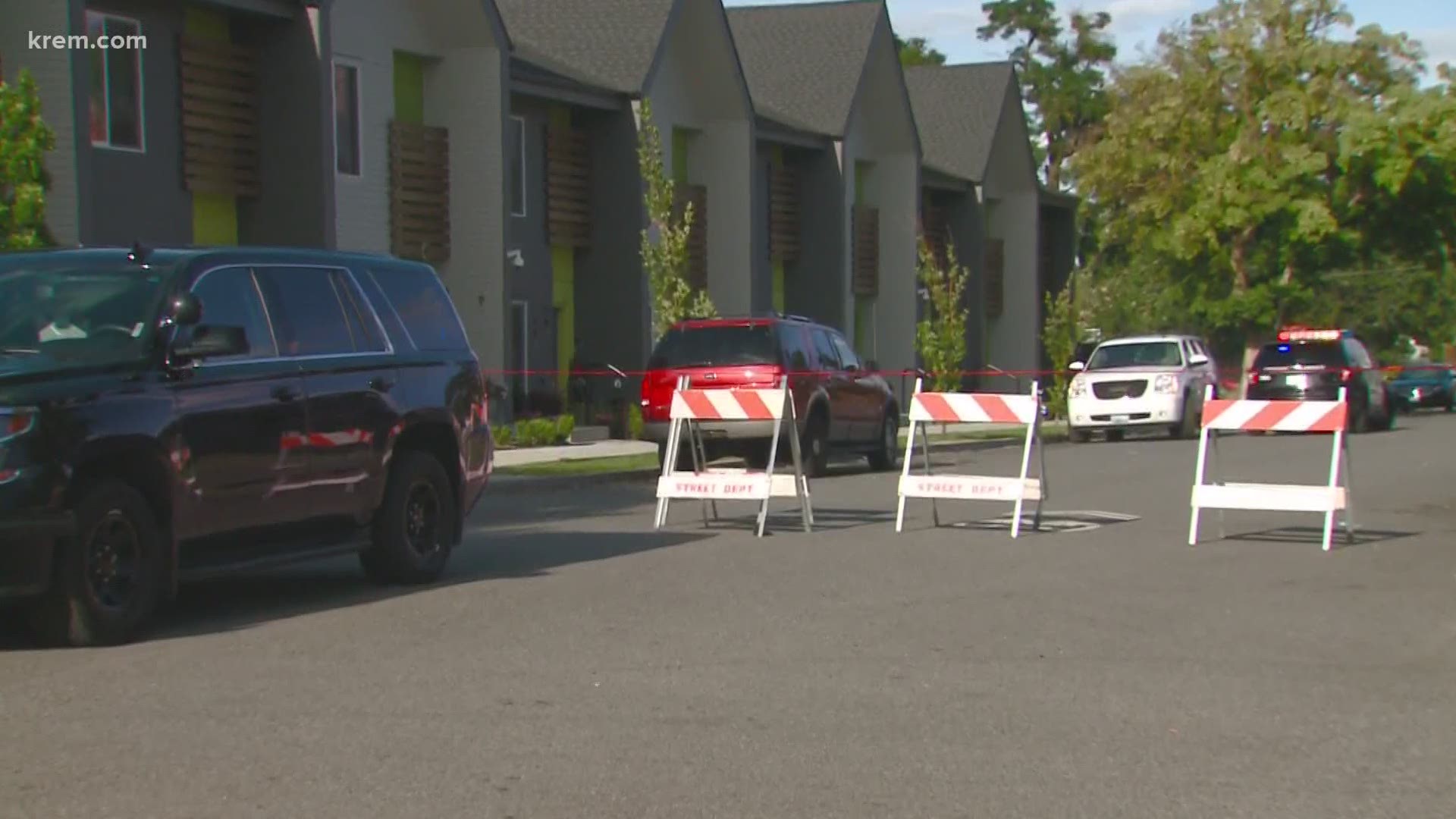 SPOKANE, Wash. — A man was shot twice in the leg Wednesday near the intersection of First Avenue and Madelia Street,

According to Spokane Police Ofc. Craig Hamilton, a shooting was reported at 2:15 p.m. and a male victim was taken to a local hospital with non-life-threatening injuries.

Police were called to the area after a caller reported the victim, who they didn't know, entered their home covered in blood, according to a press release from Spokane Police.

The first two officers who arrived at the scene found the victim lying on the sidewalk outside the home and started providing first aid, the press release says.

Police said the shooter has not been located.

Major Crimes Detectives were called and took over the investigation. The area was placed on lockdown while police investigated.

According to the press release, a search warrant was obtained for another home at the location. Detectives recovered a firearm and an improvised explosive device which was rendered safe by the SPD Explosive Device Unit, the press release says.

No suspect have been identified. The victim and witnesses were refusing to cooperate and provide information about the shooting, according to the press release.