The restaurant is a mess outside but the inside is even worse and it is keeping investigators from being able to get in there and investigate. 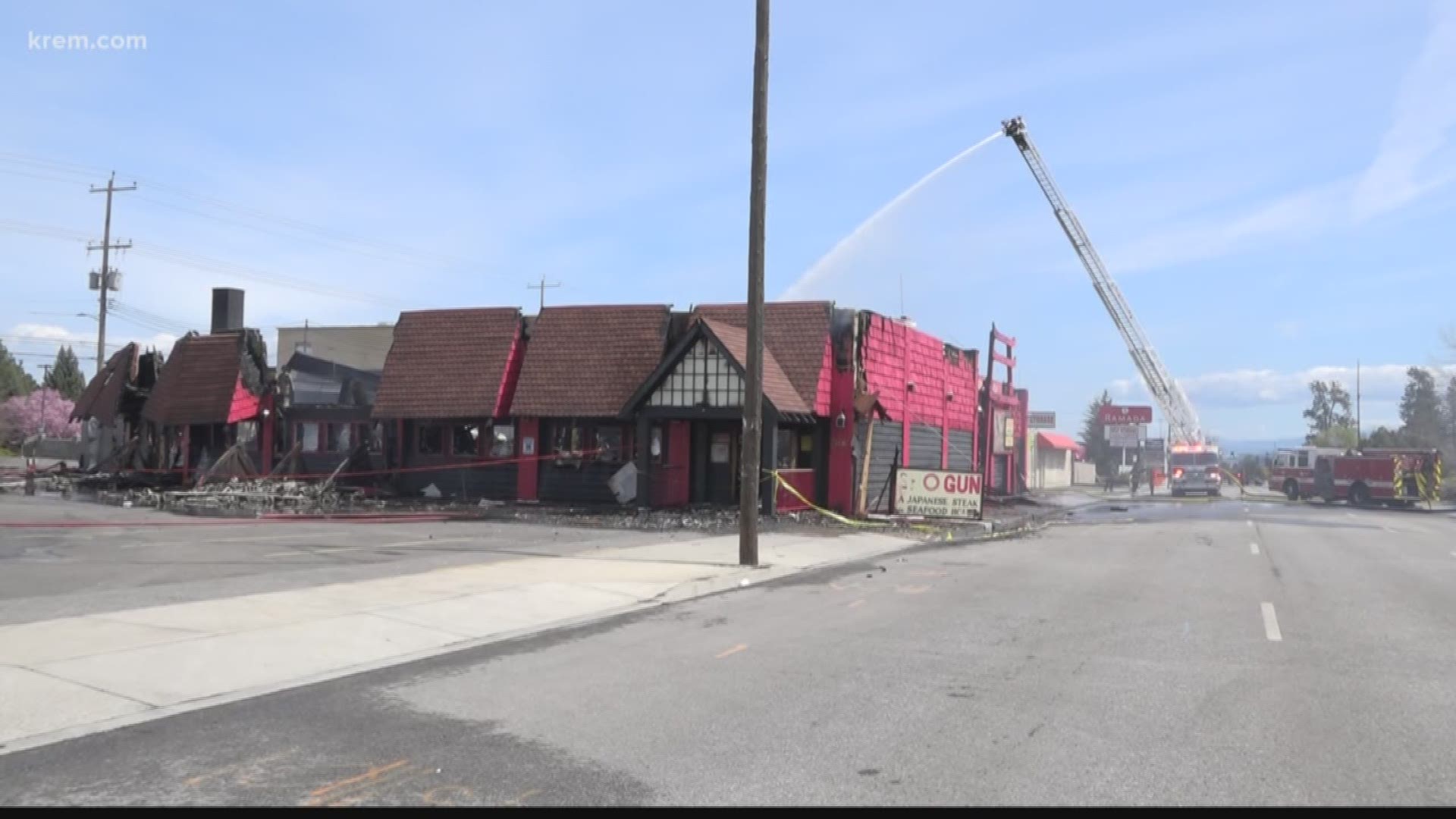 SPOKANE, Wash. -- A popular sushi and hibachi restaurant in Spokane was destroyed by fire Sunday.

Crews were called to the scene at 3:30 a.m. The Shogun Restaurant was closed at the time. It took crews about 7 hours before the fire was declared under control. Fortunately, no one was injured. On Monday, crews are in the beginning phases of their investigation.

The restaurant is a mess outside but the inside is even worse and it is keeping investigators from being able to get in there and investigate. They have to make sure it is safe before they can send anyone inside.

"There are a few beams that are just barely hanging on that could definitely kill a human being so we don't want to take the risk," said Spokane Fire Chief Brian Schaeffer.

There is mangled debris hanging everywhere inside the building. The Spokane Fire Department plans to bring in equipment starting Tuesday to remove some of the mess. Then once it is safe, investigators can finally get inside to see what they are dealing with. They have to catalog each piece of the charred rubble because every piece tells a story.

Investigators also plan to create a detailed map of where all of the appliances and wiring were located in the building. They will then look for burn patterns to see if they can determine where the fire started. Depending on what they find, it could take days or even weeks before they know what happened.

There is also a chance they may never know. There were several cameras in the area. Investigators are also reviewing surveillance footage and interviewing witnesses who called it in. While the cause of the fire is unclear, it is very clear how much people loved the restaurant.

"I don't know how many people on our job that told me that every anniversary we came here, or every kid’s birthday, it's such a part of Spokane that it would be a big loss if they weren't able to rebuild, so we're very hopeful that they will," Schaeffer said.

The owner of the restaurant said they hope to recover from this as quickly as possible. He said he knows how much people in the community loved his restaurant.