Sgt. Jeff Thurman, the former handler of K-9 Laslo, was fired after he allegedly spoke to a colleague about killing minorities. 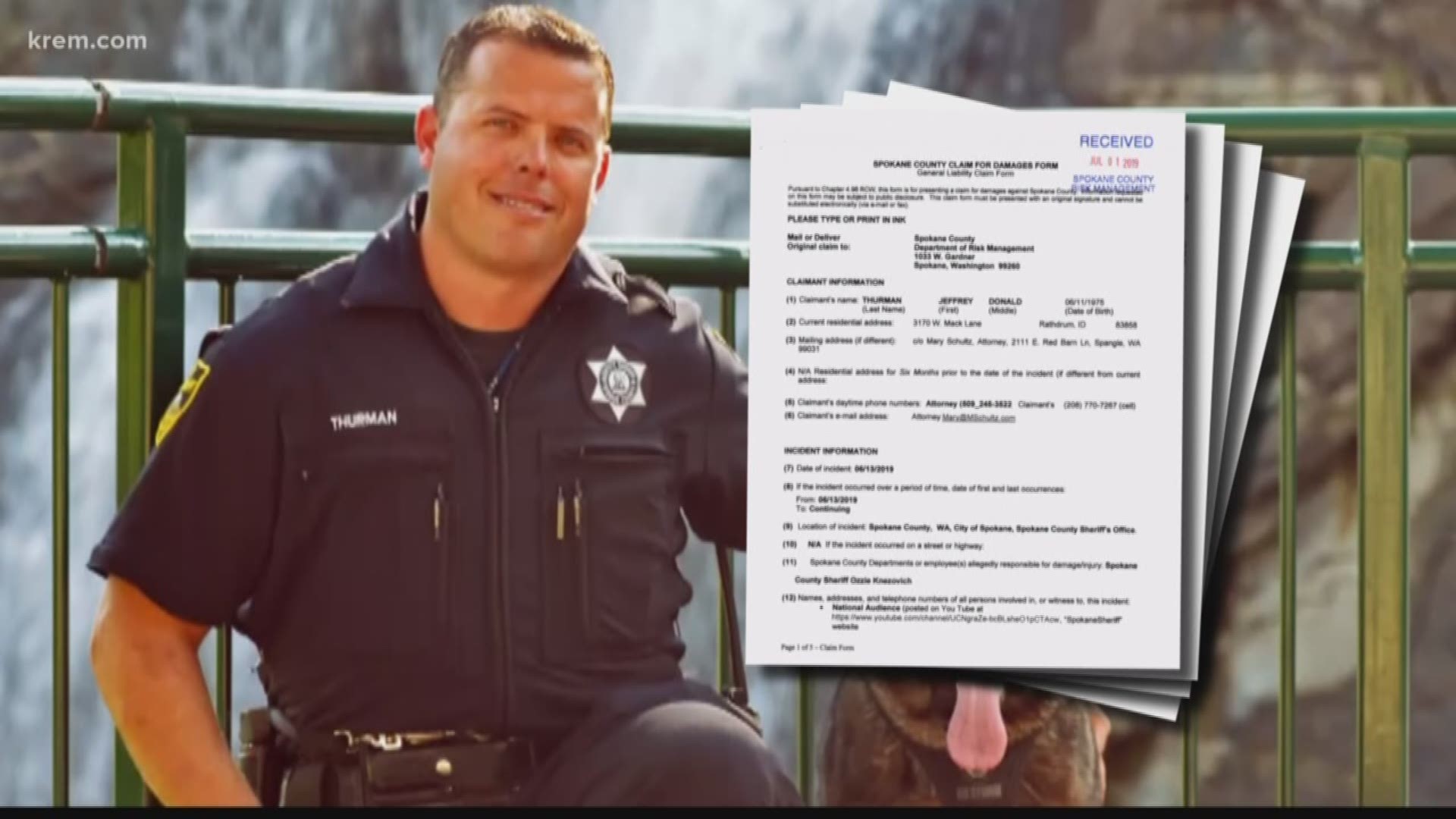 He is also appealing his termination with the Spokane County Civil Service Commission.

Tort claims are filed by an individual who claims they were harmed or have suffered loss due to negligent actions by a state employee or agency. The claim is a precursor to a lawsuit.

Thurman was fired on June 13 after a spokesman for the sheriff’s office said he allegedly spoke to a colleague about killing minorities.

Thurman is the former handler of well-known K-9 Laslo, who assisted in the arrest of more than 470 suspects. Laslo died last year after a long battle with seizures.

Thurman began his employment with the sheriff’s office in July 2001.

The sheriff’s office said it investigated an internal complaint that alleged the sergeant, while off-duty, called an on-duty deputy and asked, “You ready to kill some [racial slur] tonight or what?”

The sheriff's office said a deputy answered Thurman's call over a Bluetooth speaker while he was parked next to another deputy.

“Additionally, statements of sexual harassment and conduct unbecoming a Deputy/Supervisor were discovered during the internal investigation,” said Corporal Mark Gregory, spokesman for the sheriff’s office.

Thurman allegedly told a young female deputy that she would be rooming with him during an upcoming training and "she would be coming back pregnant," Knezovich said.

The tort claim says that Knezovich’s statements about Thurman during a press conference about the firing were both defamatory and false.

The claims also references a report that shows the investigation into Thurman arose out of a primary discrimination claim against Thurman that was shown to be “demonstrably false.”

A copy of the investigation has not yet been made publicly available.

The Spokane chapter of the NAACP released a statement on Friday, July 5 calling on the sheriff's office to be more transparent about its investigation into Thurman.

"We believe it is well past time to cease trying to sweep these truths under the rug. It is time for all of our Spokane human family to start taking a proactive, wrap around stance, instead of one of structural protectionism," part of the statement reads. "It is time to embrace the reality that the mindsets of racial bigotry and cultural superiority are alive and well here in our Spokane community, criminal justice system, private institutions, and yes, in some of our law enforcement family."

According to the claim, Knezovich knew that the person who made the internal complaint made additional discrimination claims that were shown to be false.

“The Sheriff knew that the same claimant made additional discrimination claims that were also shown to be false, as was an additional report of an alleged ‘acknowledgment’ conversation, which could not have physically occurred in the manner depicted,” the claim reads.

The claims also says that Knezovich knew or should have known that no “competent evidence” supported Thurman's statements about “hunting and killing black suspects." 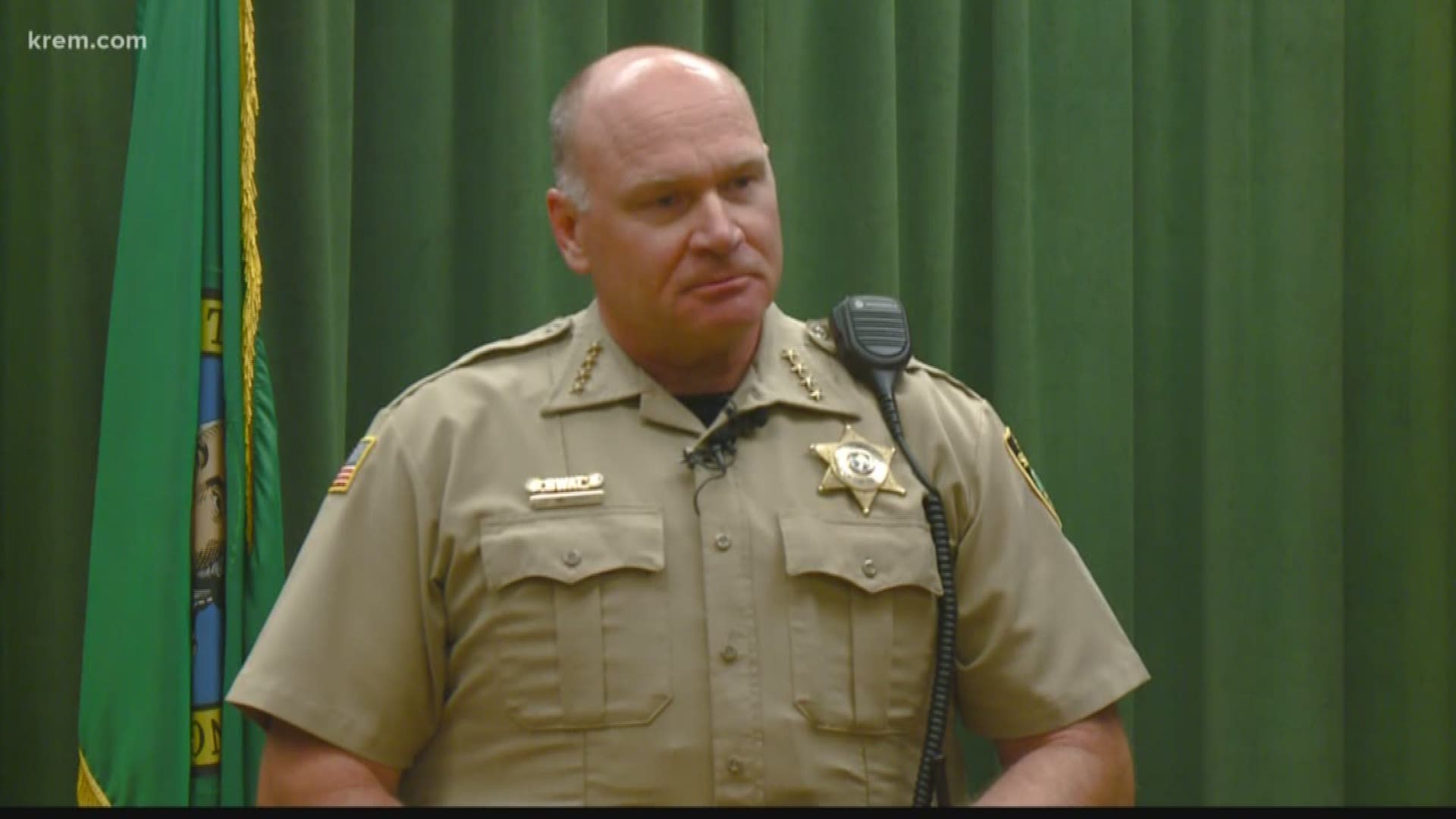 According to the claim, there are discrepancies in the alleged time frame of the remarks made by Thurman.

The claim goes on to say that the sheriff’s office “triangulated” the only time that the alleged incident could have taken place during the internal investigation.

“There is no evidence of a call from Jeffrey Thurman to that car or that deputy’s phone in the call records of elsewhere, other than the claimant’s statement that a call occurred,” the claim reads.

The tort claim also references Thurman’s 24 years of services in law enforcement and his “exceptional reputation” among his peers. It suggests that the person who made the claim against Thurman did so because he held him responsible for his not receiving a promotion in 2016 and 2018.

According to the claim, the statements that Thurman told or implied to a female deputy that he intended to impregnate her are also “patently false.”

Thurman is also appealing the findings and conclusions of the allegations against him because "those allegations should not have been sustained. I should have been exonerated," Thurman wrote in the appeal to the Spokane County Civil Service Commission on June 20.

"I appeal on merit, but I believe that I will be unable to get a fair hearing with the Commission because of the way the Sheriff has repeatedly publicized misleading information about me and about this investigation. He has already created widespread negative community sentiment against me," Thurman wrote to the SCCSC.

"He held a press conference where he made public statements confirming that his position as to me will not change. He told the media that if the union supported me in a grievance process, I would 'not be coming back here' and that the only way that would happen is if an arbitrator forced him," the appeal continues.

Spokane County Sheriff Ozzie Knezovich said the investigation into Thurman was very thorough and can stand on its own against the claim Thurman filed.

"It's in here folks. I hope the plaintiff's attorney at least read the file before she wrote this," Knezovich said.

"He talked to three separate supervisors, gave the same account of it, neither Thurman nor the deputy that was also witness to this ever said it did not happen," he added.

Spokane County has 60 days to respond to the tort claim before Thurman can file a lawsuit. 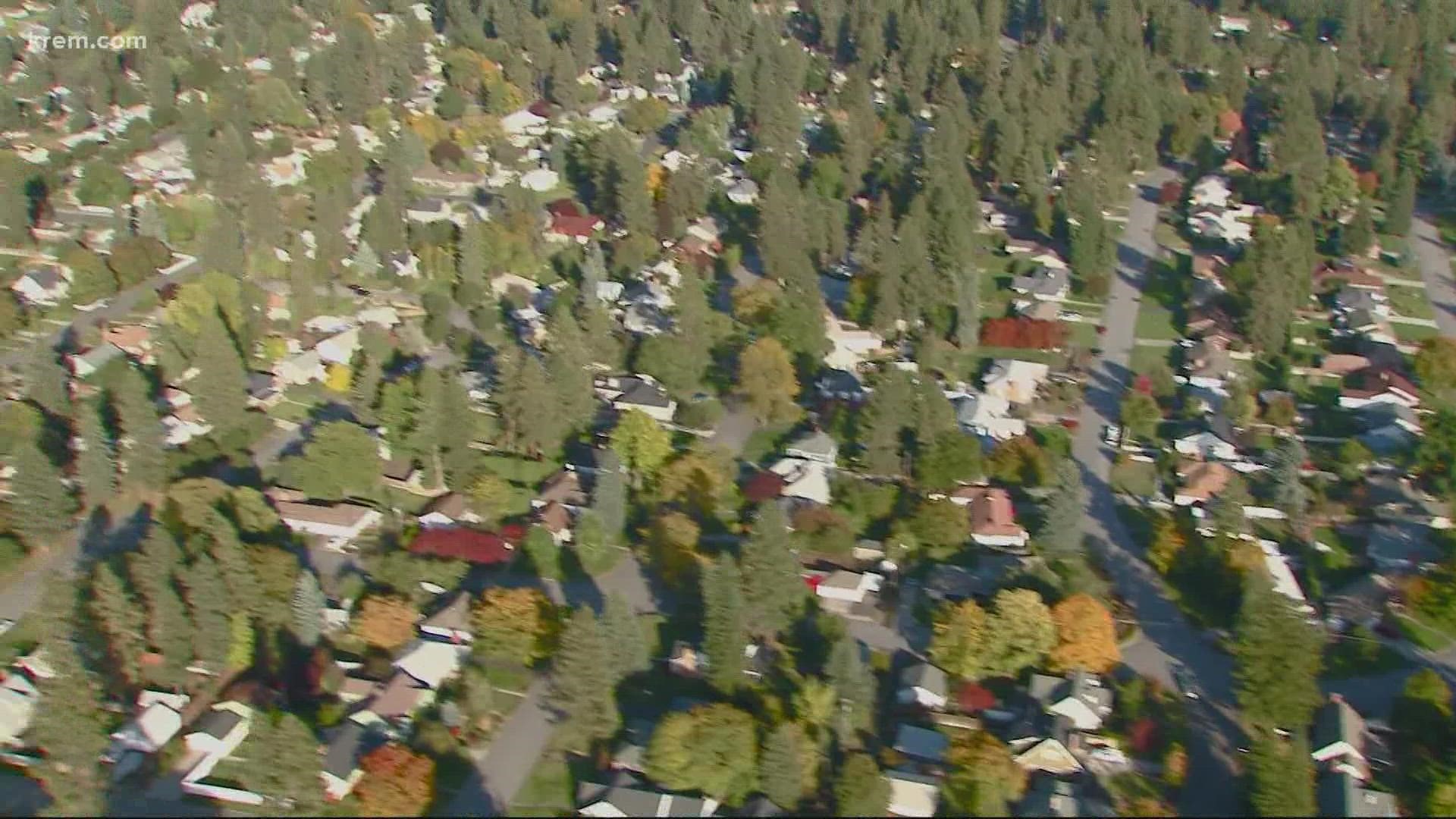