Stephanie Schrimshire went out for her routine jog in the afternoon and was hit by a man who drove onto the sidewalk, according to the Spokane Police Department 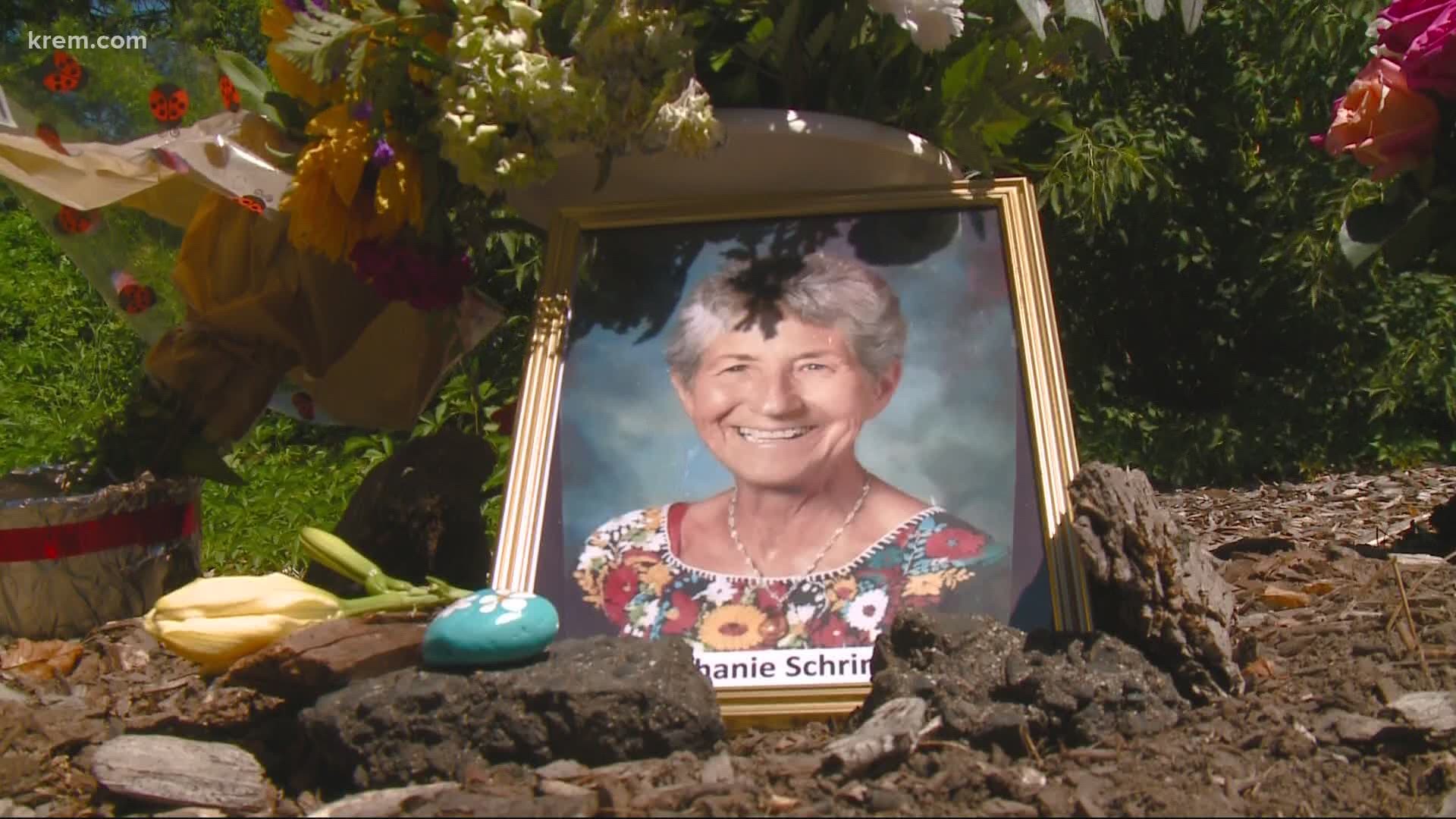 Stephanie Schrimshire was a former North Central High School teacher who had a passion for cycling, running and hiking.

Even at 83 years old, she made sure to jog out to Lincoln Park, following the same path she had for years.

The Spokane Police Department said Stephanie went out for her routine jog on Friday afternoon and was hit by a man who drove onto the sidewalk.

"We expect everybody to die ... but Stephanie is not a person you think is going to die," said Schrimshire's best friend Paula Korus.

Stephanie met Paula Korus when they were both teachers at North Central High School. Schrimshire retired from teaching when she was in her 60s, but she missed it so much that she became a frequent substitute at Ferris High School. The two had been been best friends for over three decades.

"We do not know where we are going to go with this, but our lives will never be the same," said Stephanie's younger brother Laurence Stockton

Stockton is trying to figure out what happened to make someone drive off the road.

"I very much feel like I have no closure," he said.

The sidewalk is about 6 inches higher than the road. The investigation is still ongoing, but as of right now Spokane police say no charges have been filed.

While Laurence looks for answers, Paula looks toward the future.

"I've been given the gift of life skills and so what will I do, to live like she does she's been a role model forever," she said.