Fairchild airman was once famous musician in Togo, Africa

There are few who have a story like Senior Airman Kofi Douhadji. His story doesn't follow a straight line or unfold into a traditional tale. 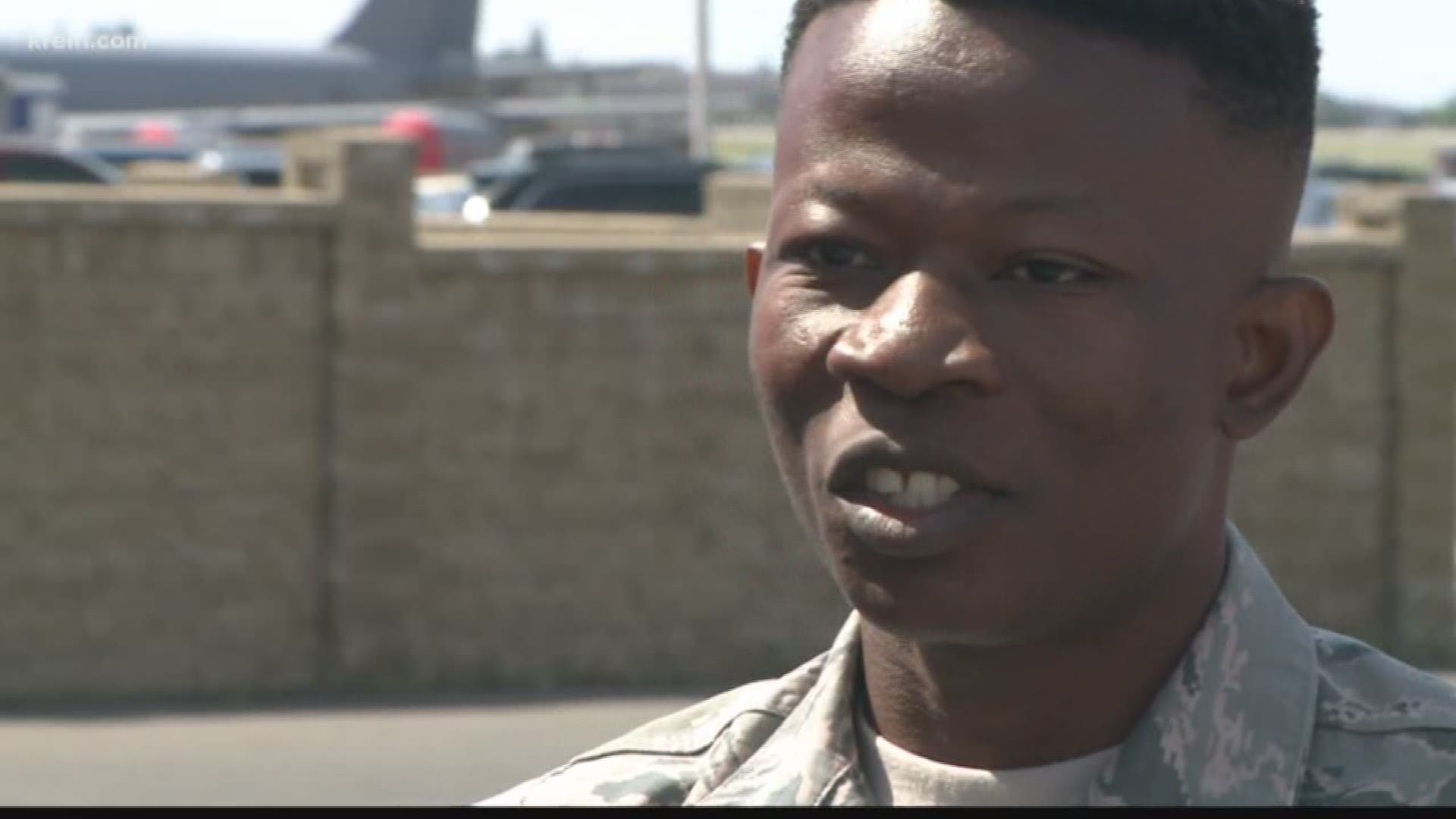 SPOKANE, Wash. — On any military base in the country you will meet people, each with a different story of why they joined up.

Regardless of branch or rank, men and women have their own recollection of what called them to put on the uniform. There are few who have a story like Senior Airman Kofi Douhadji. His story doesn't follow a straight line or unfold into a traditional tale. While he completes his daily workload, he dreams and talks of a different future.

“To become a fighter pilot in the US Air Force," Douhadji said.

While exact numbers are hard to come by, there are less than a few thousand fighter pilots in the U.S. Air Force. Statistically, the odds may seem stacked against Douhadji. But then, the odds that he would ever be here, talking to the media at an airbase in Eastern, Washington seem unlikely.

Doujadji grew up in Togo, Africa. It is a small, West African country sandwiched between Ghana and Benin. Quiet and bright, Douhadjii dreamed beyond village life.

“Growing up all I was focused on, interested in, was planes. Every time, my eyes to the sky,” Douhadji said.

While his dreams were above, he focused on what was in front. He and his sister left home to go to school, living in poverty while they studied. No electricity, no money, but he wanted that education and was willing to struggle. Eventually, he would be able to go on to college by day but at night he had a whole different life. Raised by a musician father, he could sing. Giving voice to some of his dreams.

“Sometimes I would leave the club in the morning and go to school,” he explained.

His name and voice became more familiar and, within Togo, he was becoming a singing sensation.

So now, from extreme poverty Douhadjii had gotten a two-year engineering degree, built his own company and was a locally known musician. Still his dream of life in the U.S. persisted and he entered an immigration lottery.

He said nearly 84,000 people entered and he was one of 500 picked. It was the beginning of a long process and of a dream come to life. On September 27, 2016, the family got into the United States.

Five months later, Douhadjji decided to give back. He enlisted. A boy who dreamed of planes, entered the US Air Force.

At Fairchild, Douhadjii has impressed his fellow airman to the point where they felt his story needed to be told.

“The story motivated us and brought goosebumps from head to toe. To hear somebody was willing and wanted to come over and is now serving this country,” one of his co-workers said.

“It's the best decision I ever made. People, if this country is what it is, and I was able to move here for my pursuit of happiness. It's because of the people who made the ultimate sacrifice,” Douhadji said.

While he works around planes, and near planes, he does not fly them. At least not yet because the once businessman, turned singing sensation, turned military member has plans. Plans that will take him from supporting the mission, to flying the mission.

Douhadjii is working on his BA and hoping to be accepted to officer candidate school. He has taught himself multiple languages and recently became a U.S. citizen. While he is inspired by the skies, it is the people on the ground who are inspired by him.

While the days of Togo may seem far away, there are signs of pride in his past. A childhood memento of the Togo flag is on his wall next to the American flag he bought in the streets of his African home. It was this street trinket that helped fuel his dream to make it to the U.S. It's still the flag that reminds him that his dreams just may come true.