"After much deliberation and mathematical calculation, we have figured that it is absolutely possible for us to blow this smoke away with high powered fans," the Facebook event description reads. 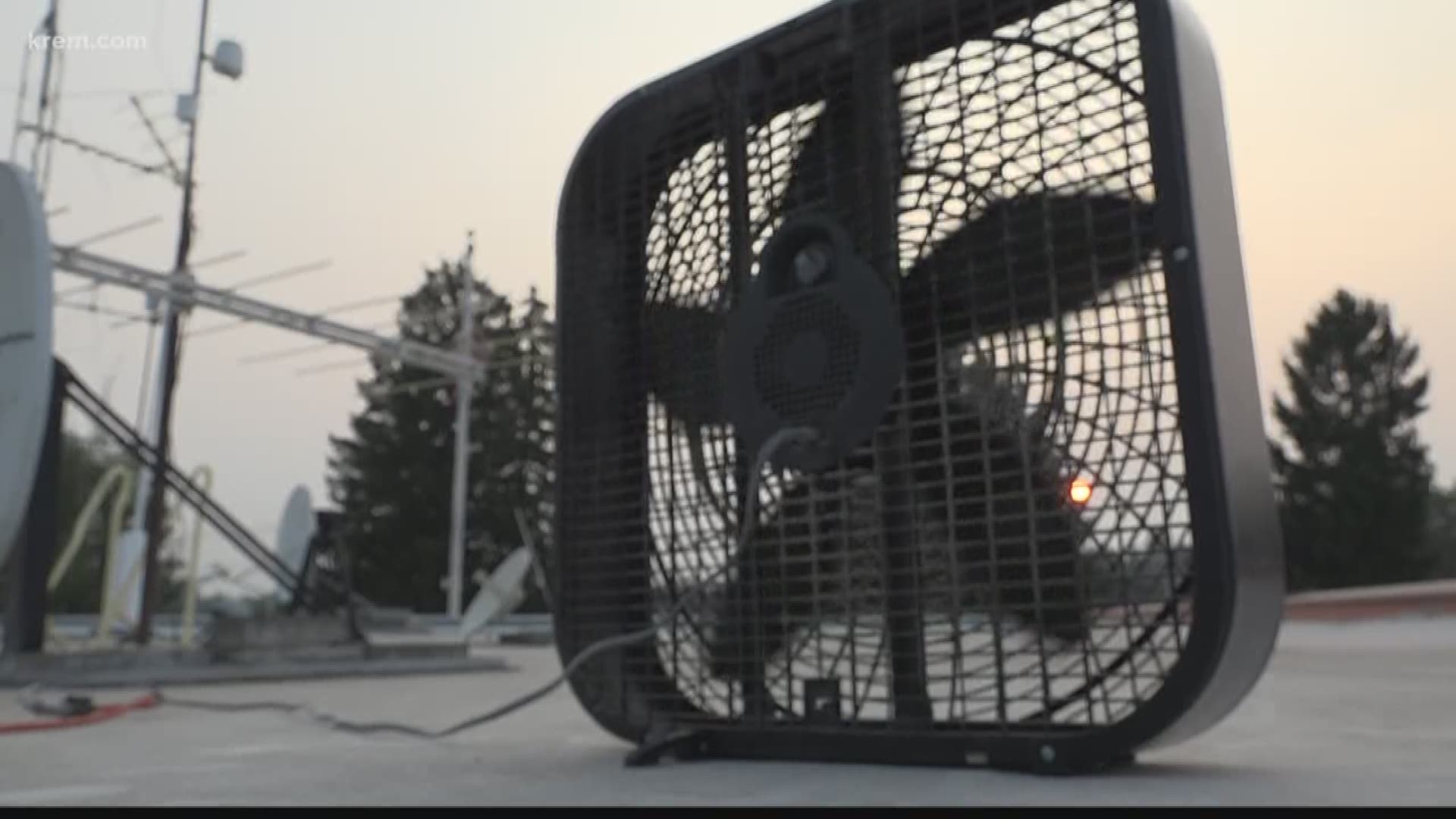 SPOKANE, Wash. — The Inland Northwest has been socked-in with wildfire smoke for about a week and frustration is growing.

Air quality across the region improved Monday night to "unhealthy for some groups," according to the Spokane Regional Clean Air Agency. A portion of the smoke blew into the Inland Northwest from Canadian fires burning just above the border.

One group has decided to turn its frustration into a far-fetched idea for the roughly 550,000 residents in Spokane to use box fans to blow the smoke back to Canada.

Of course, the idea won't blow the smoke back across the border, but the Facebook group, 'Blow Spokane's Smoke Away to Canada' is still attracting a lot of attention.

The Facebook event was created by Caleb Moon and his friends. They, like many in Spokane, are tired of breathing smoky air and looking at hazy skies over Spokane.

And they didn't look far for the inspiration to solve this problem.

"So we turned the box fan on and it just kind of hit me there thought why not have everyone in Spokane turn their fans on and see if the smoke can get out of here," Moon said.

On Friday, Moon and his friends are asking people to gather their fans, climb to their roof tops, crank up the speed and point their fans toward Canada.

"That's were the smoke came from so why not send it right back," Moon said.

Could it work? They turned to their resident math guy, Nic Huber.

"If you're actually pulling the air from the underneath you're gong to get at least some of the input from above which is going to be cleaner than the air we have on the surface," Huber said. "But once again, it's mostly a joke."

Their plan has received a lot of attention -- a Canadian radio station got wind of it and even asked to interview them.

The event is not just to clear the air, but to bring some awareness to the importance of clean air and encourage people to be kind during these dark days of haze.

"It doesn't have to be getting out and fighting fires on your own. It's just as small as making sure your neighbor who has asthma is doing okay and that everyone has a safe, clean place to be."