Experts say it's perfectly healthy to run at any age

Successful runners keep competing by adapting and reinventing themselves at each age milestone. Jerry Dietrich is the founder of Silver Striders, a running group for athletes over 50-years-old. 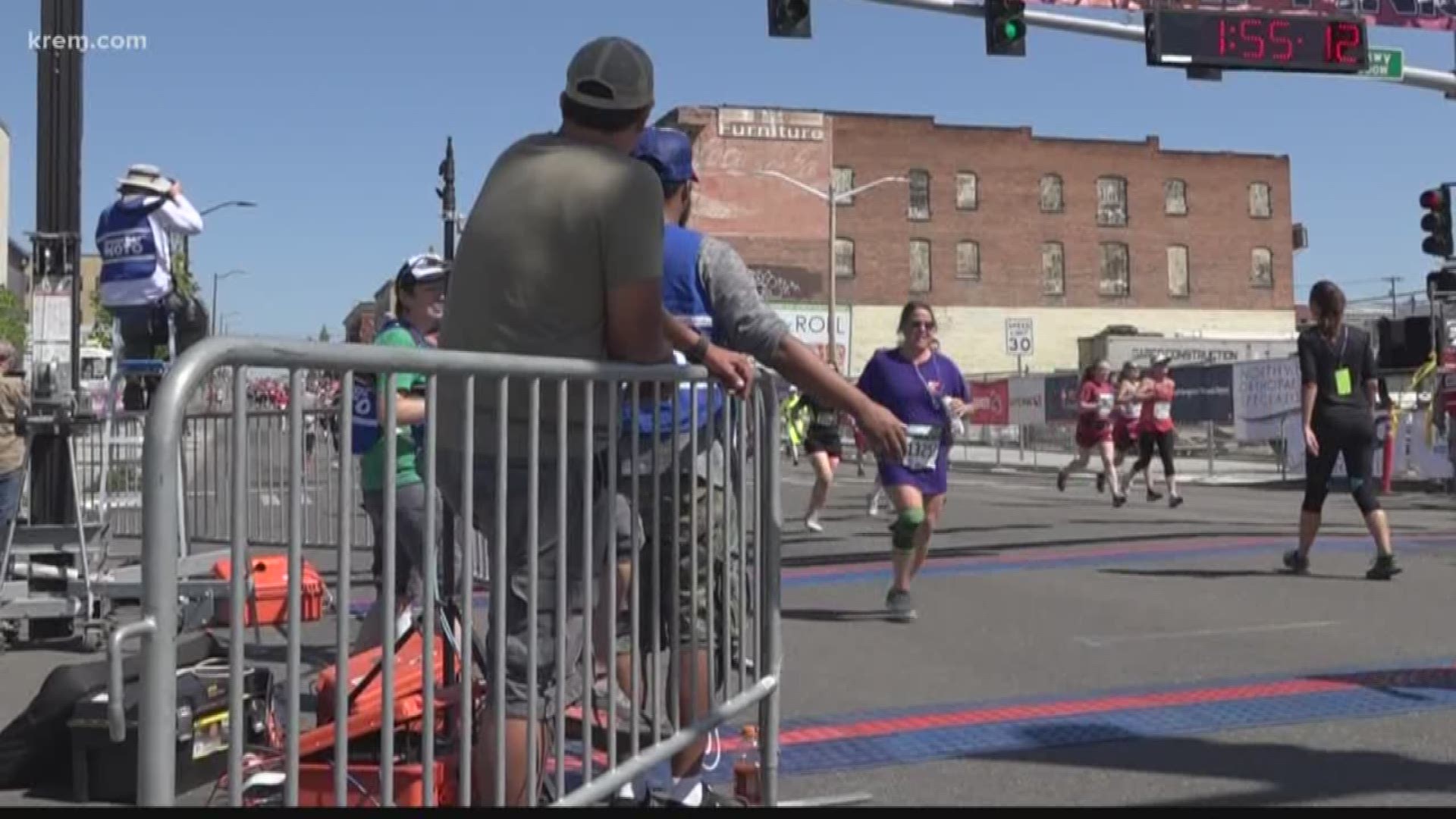 SPOKANE, Wash. -- Running is a lifelong sport you can indeed remain vigorous into your 50s, 60s, 70s, and beyond.

Successful runners keep competing by adapting and reinventing themselves at each age milestone. Jerry Dietrich is the founder of Silver Striders, a running group for athletes over 50-years-old.

Doctors say it is perfectly safe to keep lacing up those sneakers.

“I think it’s great that there are people in their 90s out there running, a lot of those people have been running for decades and their body is used to it ,” MultiCare Cardiologist Dr. Ian Riddock said.

Cardiac arrest it is one of the most common causes of serious injury in a marathon. The only hope for a runner is that help is within arms reach. Cardiac arrest happen to runners and athletes at any age but men over 40-years-old are at a higher risk. Various studies suggest men in general are at roughly six times greater risk than women for sudden cardiac arrest during a marathon.

But slowing down and being cautious does not mean stopping.

“We don't want people to be afraid to go exercise. Heck you can drop dead from other activities throughout your life too, we just want people to be smart about exercise and doing it in a gradual way that you build up and feel comfortable, “said Dr. Riddock.

Dietrich has been running for a little more than 40 years but took time to check in with his doctor when it came to race day.

“My doctor told me I had very close veins so I am trying to be careful. I’ll probably walk today, jog a little on the downhill,” said Dietrich

He runs 15 to 20 miles a week and is not showing any signs of giving up running anytime soon.

“I stay motivated because of the camaraderie that I have with my friends, keeps me motivated,” said Dietrich

Doctors cannot predict how bad things will happen. They encourage people to stay excited and motivated about running and exercise in general. Exercise keeps you healthy and much younger than what is normal for our society. It is like medicine when comes to good health.

"One of my mentors told me, you cannot predict sudden cardiac death, we can certainly look at risk factors. All you can do is keep yourself as healthy as possible. And part of good health is activity, getting your heart rate up most days of the week,” said Dr. Riddock.

As for the runner who collapsed this Lilac Bloomsday, Dr Riddock says it is unfortunate, but he adds, we still don't know all the factors that led to the cardiac arrest.