National Teacher of the Year Mandy Manning said she is happy to be back home in Spokane. She is still recovering from a whirlwind trip to the White House and some stinging Internet comments.

Manning is a teacher at the Newcomer Center at Ferris High School. She teaches immigrants and refugees, and she is passionate about those students, as well as those she coaches in basketball and advises in student groups.

Last week, she was invited to the White House to receive her national award from President Trump. She wore a floral dress but also several buttons. They represented LGBTQ equality, the Peace Corps and transgender rights. She also wore a button with an image that has been used to represent the Women’s March. But Manning says, for her, it reminded her of her immigrant students, and that is why she wore it.

“For some of my students, in our current environment, they feel a little bit uncomfortable, and so me being there in the White House, I wanted to express to my students that I am here for you, I'm here to tell your stories, I'm here to just show the world what beautiful, amazing human beings you are,” Manning said. “And so that was a message to my students and to just demonstrate to the nation, and to the president, that I am here for all kids.”

While Manning proudly talks about her work with refugee and immigrant children, and it was widely known when she was named the winner, the president did not acknowledge that in his speech that day. He did not say the word immigrant or refugee during his remarks.

KREM 2 asked Manning if she felt that was a purposeful omission.

"I can't speculate, I can just, I have to admit my heart fell just a little bit, but I felt sure, I felt sure that I was going to have an opportunity to share, so it didn't really matter," she said.

Manning also took along more than two-dozen letters from her students. And she hand-delivered them to the president.

“He said, ‘thank you so much for these letters,’ and when his aide took them from him, he said, ‘please put those directly on my desk, I want to make sure to read them,’” Manning said. “And I really, sincerely hope that he does.”

KREM 2 reached out to the White House to find out if the president has read the letters. We also asked if he noticed the buttons Manning was wearing. 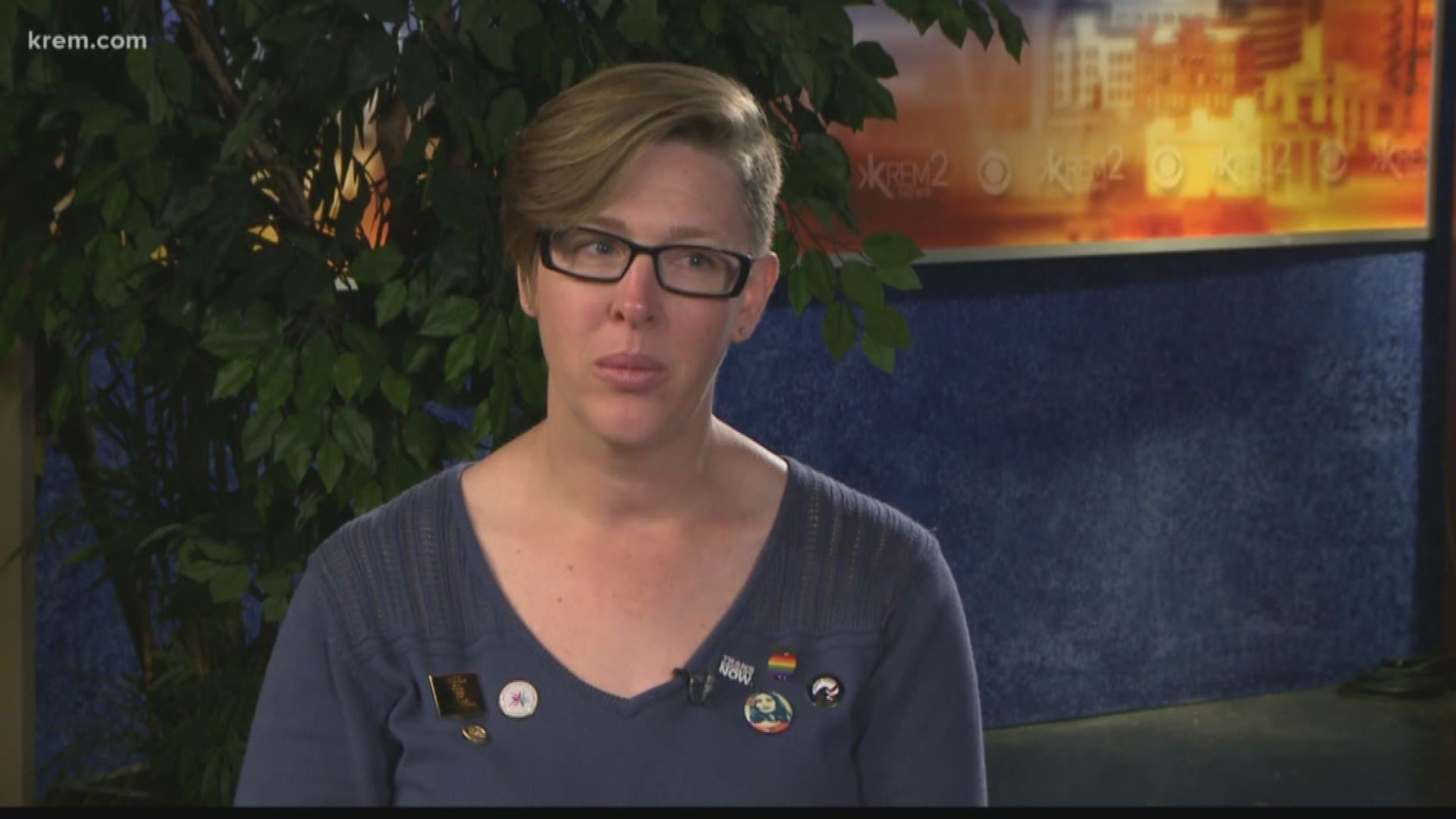 We received this statement: "The President is aware of the letters that the Teacher of the Year Mandy Manning brought to the White House event honoring the achievements of teachers. We do not have any further information to share at this time regarding the letters or whether the President noticed the details of what Ms. Manning was wearing."

After the ceremony, many online criticized Manning for that they did and did not see during the awards ceremony.

There was a rumor that she refused to shake President Trump’s hand, but video from the ceremony shows that she did, more than once. And Manning confirmed this.

"Yeah, definitely not true, yeah," she said. "I mean, you know, this is my whole message - that we reach across difference, and it doesn't matter if we disagree because we're all human beings and we all have value and something to offer our nation, and I, because I'm there for my students, I would never, ever do anything that would jeopardize my opportunity to show the president and the people of the United States that these are amazing future citizens that are going to do wonderful things for our nation and, you know, continue the legacy of just supporting everyone and welcoming everyone and being the best nation that we can be, and my students are instrumental in that."

When the president was walking to the stage to hand the award to Manning, others on the stage were clapping, but Manning is seen with her hands at her side.

“It was definitely not a purposeful move,” Manning said. “I, in that moment, I had just given my letters to the president, I had just given the letters, and it had been this wonderful experience where he actually expressed that he was going to read them, and I am very hopeful that he will do that, hopeful for my students, and so, in that moment, we just walked back in, it'd been maybe two minutes, and I was like reveling in that. And so, I was just standing there in awe that I was able to follow through for my students, I made this promise to them, and I had the chance to do it and share their stories again. And so, in the moment I was just like, oh my gosh, is this my life, this is my life, this is so crazy. And so, I mean, I welcome everybody to interpret how they, how they, it feels best for them. But for me, I was just in a moment of, you know, reveling in the fact that I had followed through on a promise.”

Manning did deliver prepared remarks on that day, but it happened when the press was not in the room. Therefore, it was not recorded or distributed, leading to rumors that she was barred from giving the speech. But that was not the case. 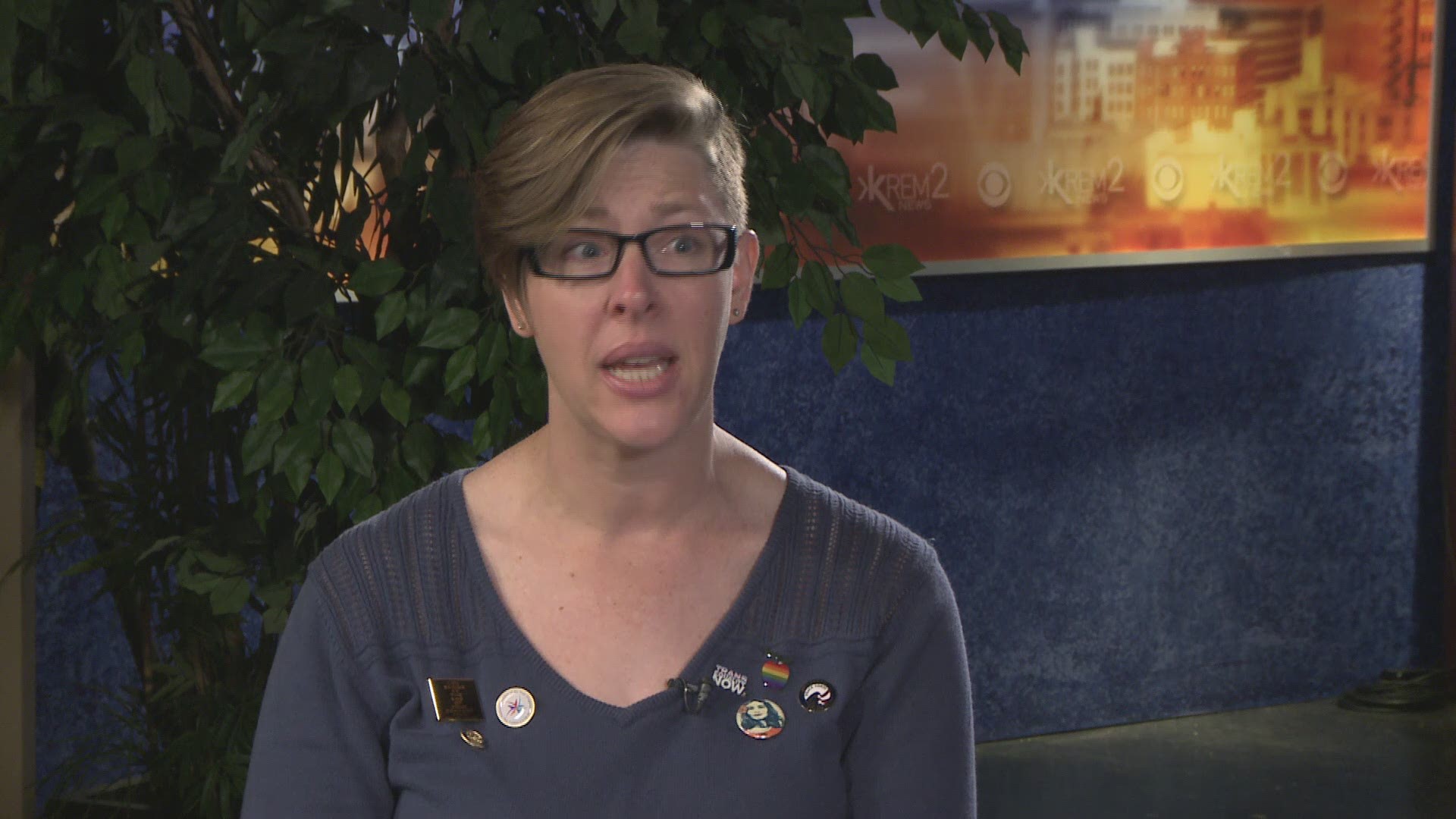 KREM 2 asked if she would read the speech in its entirety. That speech is included in the video attached to this article.