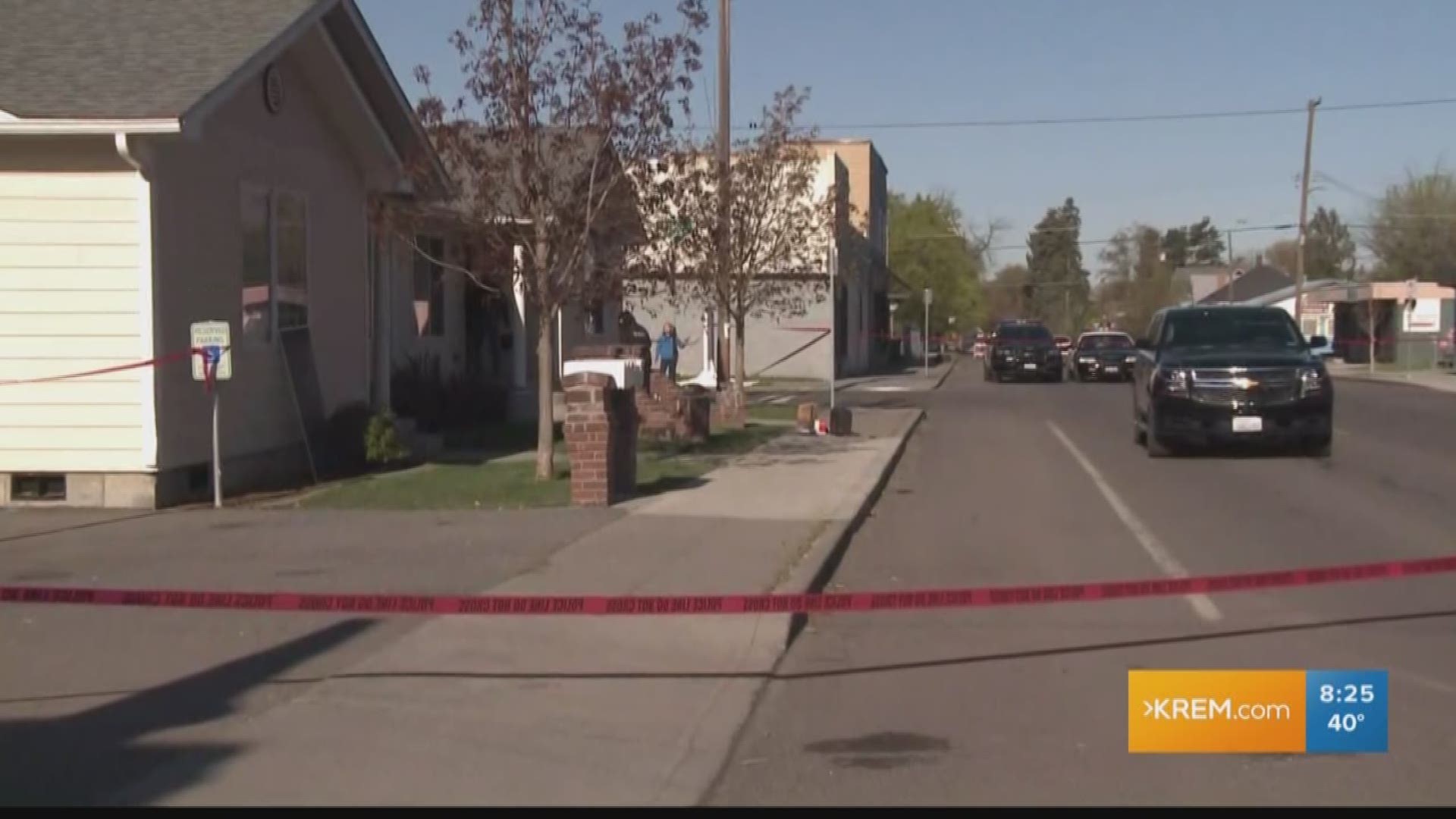 SPOKANE, Wash. — Court documents are shedding new light on the events leading up to the shooting death of 35-year-old Jason Allison on April 28 near E. 5th Ave. and Fiske St.

A search warrant for Allison's cellphone said that one of his friends was bowling with him in the hours before  his death. The friend told police that he was bowling with Allison in Post Falls about an hour before he died, and that Allison was texting an unknown person and becoming "increasingly agitated" while texting.

The friend tried to contact Allison via text message after they left the bowling alley, but didn't get a response, according to the warrant.

The boyfriend of one of Allison's aunts also said he heard Allison speaking on the phone in his bedroom with an unknown person, who Allison claimed was his children's mother asking for help, according to the warrant.

However, the mother of Allison's children told them she hadn't called Allison, according to the warrant.

According to court documents, detectives believe Allison was also shooting at someone before his death.

Allison died of multiple gunshot wounds on April 28. Authorities are investigating the matter as a homicide. Spokane police said they responded to reports of shots fired at about 10:30 p.m.

Court documents said Allison was rushed to the hospital where doctors took him into surgery. Detectives were told he might not survive and his heart had already stopped on one occasion.

Detectives spoke with the woman who called in the shooting. Court documents said she had been in her home on E. 5th when someone knocked on her back door. She looked outside and saw someone standing on her back porch. She said she opened the back door and she saw another person standing near her back gate.

She told detectives the man on her back porch tried to push open her back door and tried to force their way into her house. She said she was able to push him out of the house and close the door.

According to documents, the woman looked out her bedroom window and saw the two men that were in her backyard were now walking northbound on Fiske towards 5th Ave. She said it appeared to her the two men met up with two other men. She heard one of them yell something and saw one of the men reach for something behind his back, documents said.

Documents said the woman didn’t see anything after that because she left her bedroom. She said she thought the man was possibly reaching for a gun. Documents said she heard four gunshots but did not see the shooting.

The woman said she did not know Allison and she had no idea who the two people were that showed up at her back door.

Documents said Allison was found lying in the front yard on the west edge of the front porch of the woman’s home. Detectives said there was “quite a bit of blood on the concrete porch.”

Detectives also found a Springfield .45 caliber handgun lying on one of the steps of the porch with blood all over it, documents said. Four .45 shell casings were found near the porch.

Court documents said a house across the street from where the shooting took place had two surveillance cameras. Detectives viewed the videos and gave them insight into what happened.

In court documents, detectives said they believe Allison had shot at someone who was standing on the front porch area or someone inside the woman’s home.

Detectives requested a search warrant for the woman’s home. Court documents said they believe someone inside the home shot at Allison and surveillance video showed Allison fired several rounds at the front door of the home.

No one has been arrested in connection to Allison’s death.