Dickson said there's been a delay with turning them on because they've been waiting on protective barriers for the fire pits. 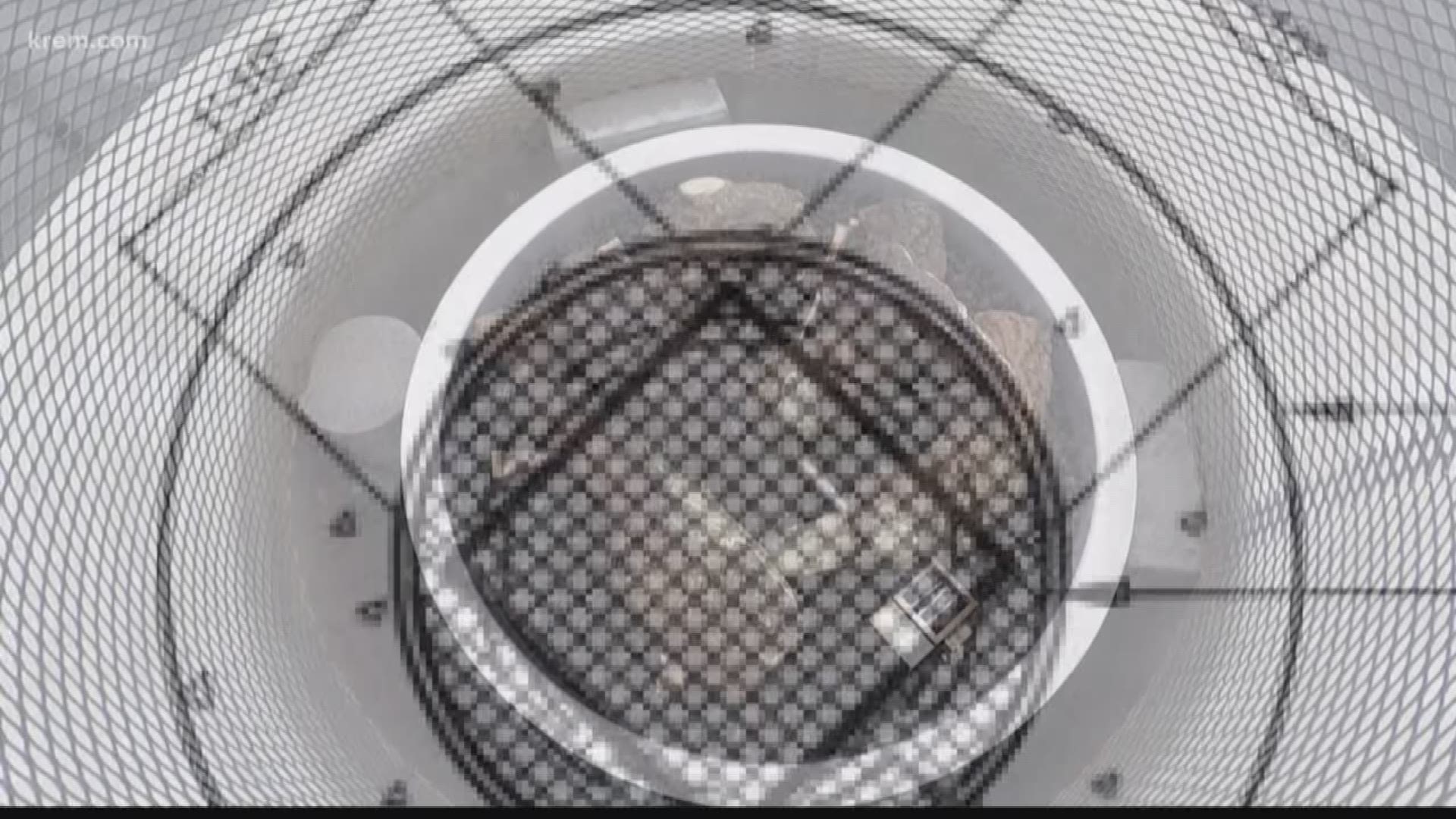 SPOKANE, Wash. — The stage is set for the holidays in downtown Spokane. The tree is lit and the skate ribbon is open. But the last thing to do is turn on those fire pits.

Fianna Dickson with city parks said they'll be turned on sometime between December 10-14.

Dickson said there's been a delay with turning them on because they've been waiting on protective barriers for the fire pits.

Director of Riverfront Park Jon Moog said fire marshals were concerned that people were putting their hands over the open flames. So to address this, the city worked with fire marshals to create a design that met their safety standards.

There will be two layers. They'll keep the original metal mesh, then install a glass shroud inside it, with mesh on top. The glass will be four inches from the mesh to prevent fingers from touching the hot glass.

Dickson said the two layer design with the mesh and glass has been approved. So now, they're just waiting for the barriers to be manufactured and installed.

The barriers cost the city less than $10,000, according to Dickson.