With potholes popping up on city streets left and right, you might want to know how to file a claim with the city in case your car is damaged. Here's what you need. 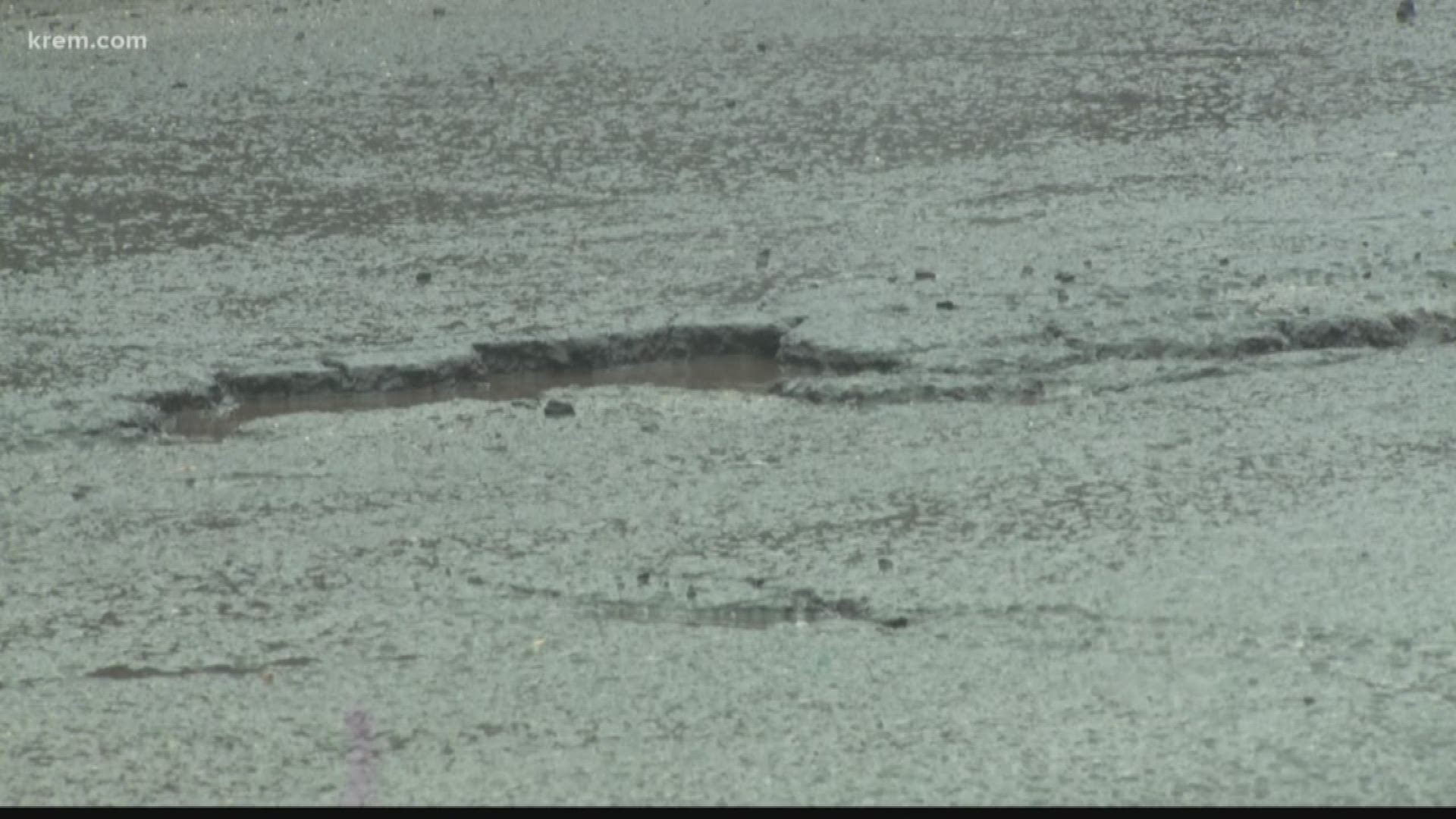 "I didn't think I would encounter a tire eating pot hole while driving down the road," Orlando said.

She was driving home from the gym on the night of Friday, March 8th through Maple and Second Avenue when she hit a pot hole.

"It sounded like I hit a giant rock or something," Orlando said. "It was really scary."

She filled out a claim for damages and mailed it to the city of Spokane the following Monday.

The city responded asking for more information, such as photos of the damaged tires. But she couldn't provide them since the tires had already been fixed.

"I didn't think it was fair they were asking for information I couldn't give them because I didn't know I needed provided it and I had already taken care of what I needed to," Orlando said.

In fact, specific items the city requested from her are not listed on the claim form. The only attachments it suggests are "bills, statements, estimates or other proof of your specific items of loss."

The city ended up denying her claim because it was unaware of the pot hole until after the incident.

KREM 2 went to city hall to to find out what information should you have handy when filing a claim for pot hole damage.

You'll need the following: photos of the vehicle damage and pot hole, copies of receipts for the repairs, proof of ownership of your vehicle, the mileage left on your tires, a description of where and when the incident happened, along with your lane of travel.

Residents are also encouraged to report pot holes to 311.