'The Church at Planned Parenthood' gathers outside clinic despite judge's order

On Monday, a judge ruled in favor of Planned Parenthood by granting a preliminary injunction against the anti-abortion group. 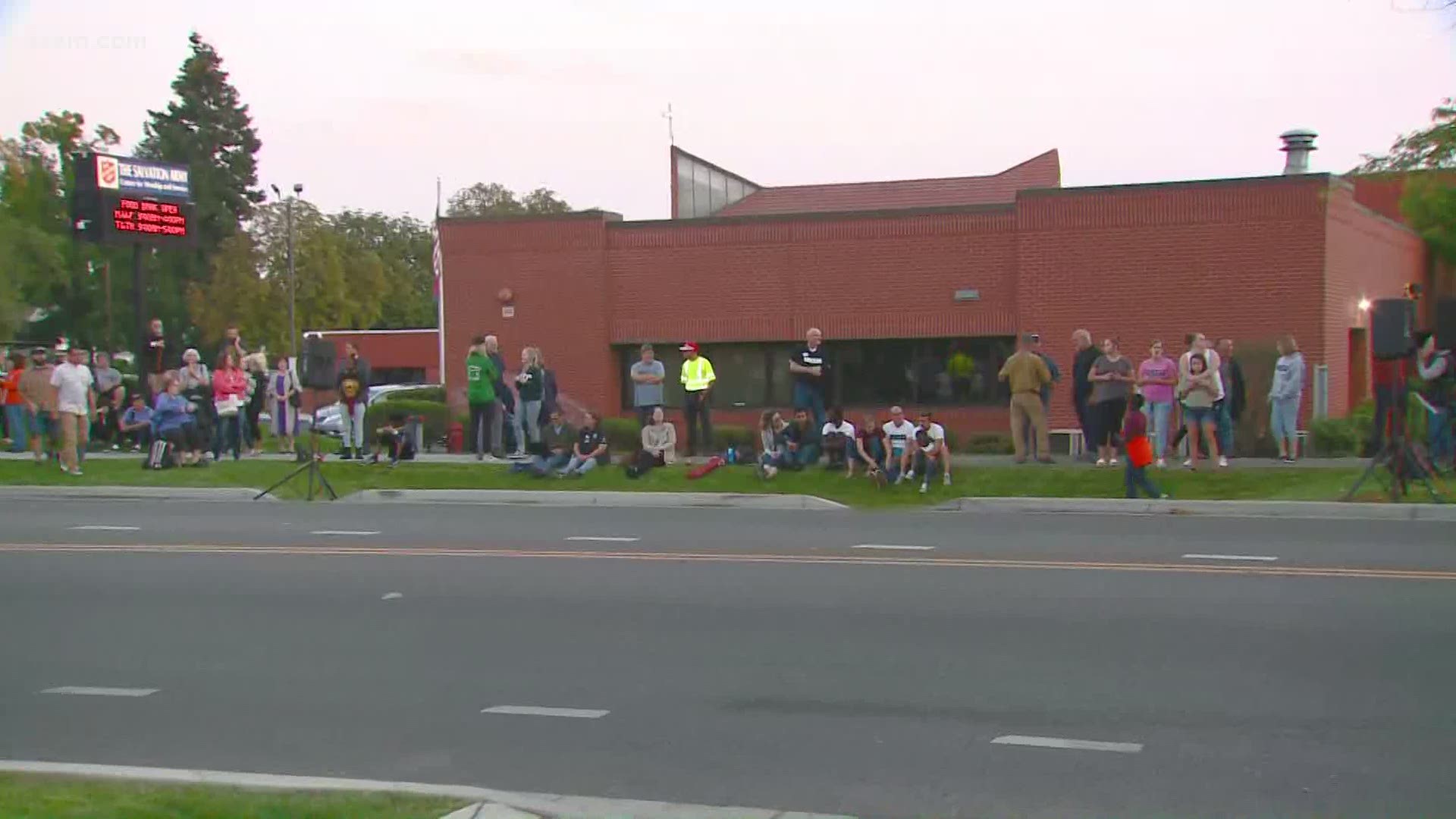 The court order restricts when, where and how the group can hold its anti-abortion demonstrations. Members may not protest within 35 feet of the facility or until at least an hour after the place closes, meaning 7 p.m. They also cannot make disruptive noise or block entrance to the building.

At least 35 people were gathered across the street from the Planned Parenthood clinic near Gonzaga University, according to KREM's Casey Decker who was at the location. Decker also reported that state Rep. Matt Shea (R - Spokane Valley) led a group of protesters to stand silently outside of the building.

The Spokane Police Department said it wasn't moving the group because violation of the order is a civil, rather than criminal, offense.

The Spokane Police Department said it anticipates continued events at or near that location, and that it will continue to work to protect people and property, ensure the health center is able to operate without disruption, and to enforce local and state laws.

In addition, SPD said personnel will report any suspected violations of the civil injunction to the court for judicial review and adjudication as directed by the judge. The court did not grant law enforcement authority to criminally enforce violations of the injunction, according to the department, but officers will enforce any applicable violations of state and local laws.

"The Church at Planned Parenthood" describes itself as a "gathering of Christians for the worship of God and corporate prayer for repentance for this nation, repentance for the apathetic church, and repentance for our blood guiltiness in this abortion holocaust," according to its website.

On Tuesday morning, the group wrote on its Facebook page saying, “ATTENTION: Due to Judge’s Leftist Order... New Service Time for TCAPP Tonight! You are welcome to come pray at 6pm BUT the Actual Worship Service starts at 7!”

The group also wrote, “The judge says we can’t worship on city property even after Planned Parenthood is closed...How is that constitutional?”

Pastor Ken Peters, the founder and director of "The Church at Planned Parenthood," called the court order a violation of First Amendment rights.

Planned Parenthood claims the demonstrations aren't protected under the First Amendment because they're intended to interfere with patients' ability to seek care at the facility. Planned Parenthood cited the negative health impacts of excessive noise on patients, including increased risk of hypertension, increased pain and a variety of psychiatric symptoms, "all of which are likely to be even more pronounced for patients seeking care from a reproductive health clinic," the statement reads.

"We respect the right to free speech and the First Amendment," said Planned Parenthood spokesperson, Paul Dillon. "This is about interfering with a healthcare facility, interfering with patient access. That could not be more clear."

The first worship service was held in October 2018. Peters said they have held a service once a month since, and close to 500 people attended services in March and April of 2019.

Today the group is setting up shop across the street as per the order, and has posted on Facebook that the formal service won’t start until 7 PM pic.twitter.com/9h0zfkVZDt