Chick-fil-A won't be opening in Spokane any time soon

A tweet from the company on Friday morning said they have no immediate plans to open up shop in Spokane. 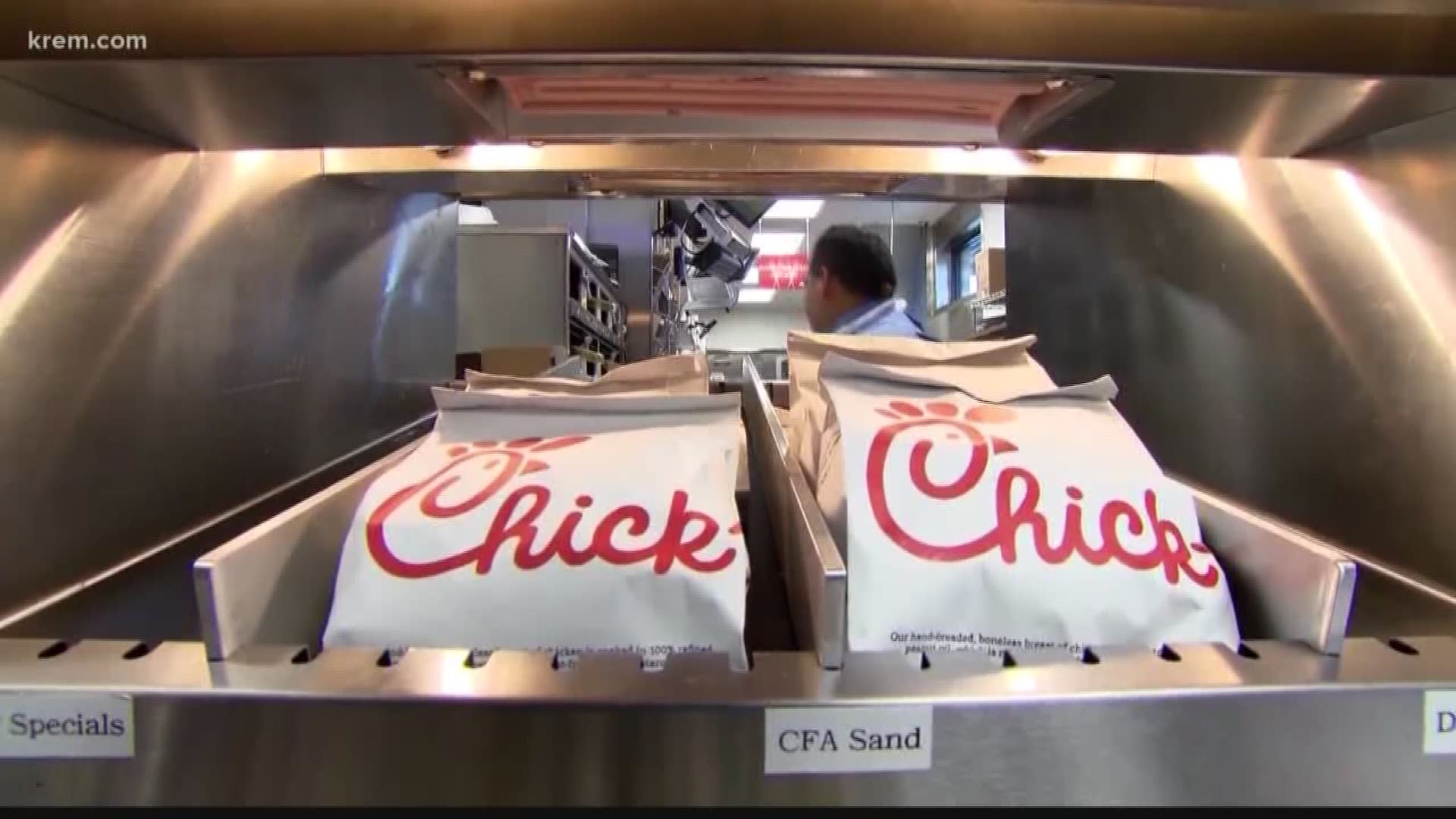 Hopes were high for the elusive Chick-fil-A to make its debut in Spokane after a sign appeared on North Newport Highway last month, but a tweet Friday morning said the company has no immediate plans to open up shop in town.

The sign advertised a proposed Chick-fil-A, and called for public comments. However, it has since come down.

Although the fast-food chain doesn't have any immediate plans for a location in Spokane, they do have a web seminar on their website for interested investors in the Pacific Northwest. The event will take place on September 6th, but more information won’t be unveiled until the day-of to those who register.

Other information on Chick-fil-A’s website stated that future restaurants are determined solely on the company’s goals for system-wide expansion, specifically targeted markets. Spokane wasn’t on that list.

The closest Chick-fil-A is in Moscow on the University of Idaho's campus.

RELATED: More signs Chick-fil-A really could be coming to Spokane