Chick-fiasco: Chick-fil-A is not coming to Spokane and Gonzaga students are heartbroken

Gonzaga was quick to pluck the feathers from everyone's mood. The school said they were caught off guard by it all. They said Chick-fi- A and their tasty chicken sandwiches were not coming to the Jesuit institution. 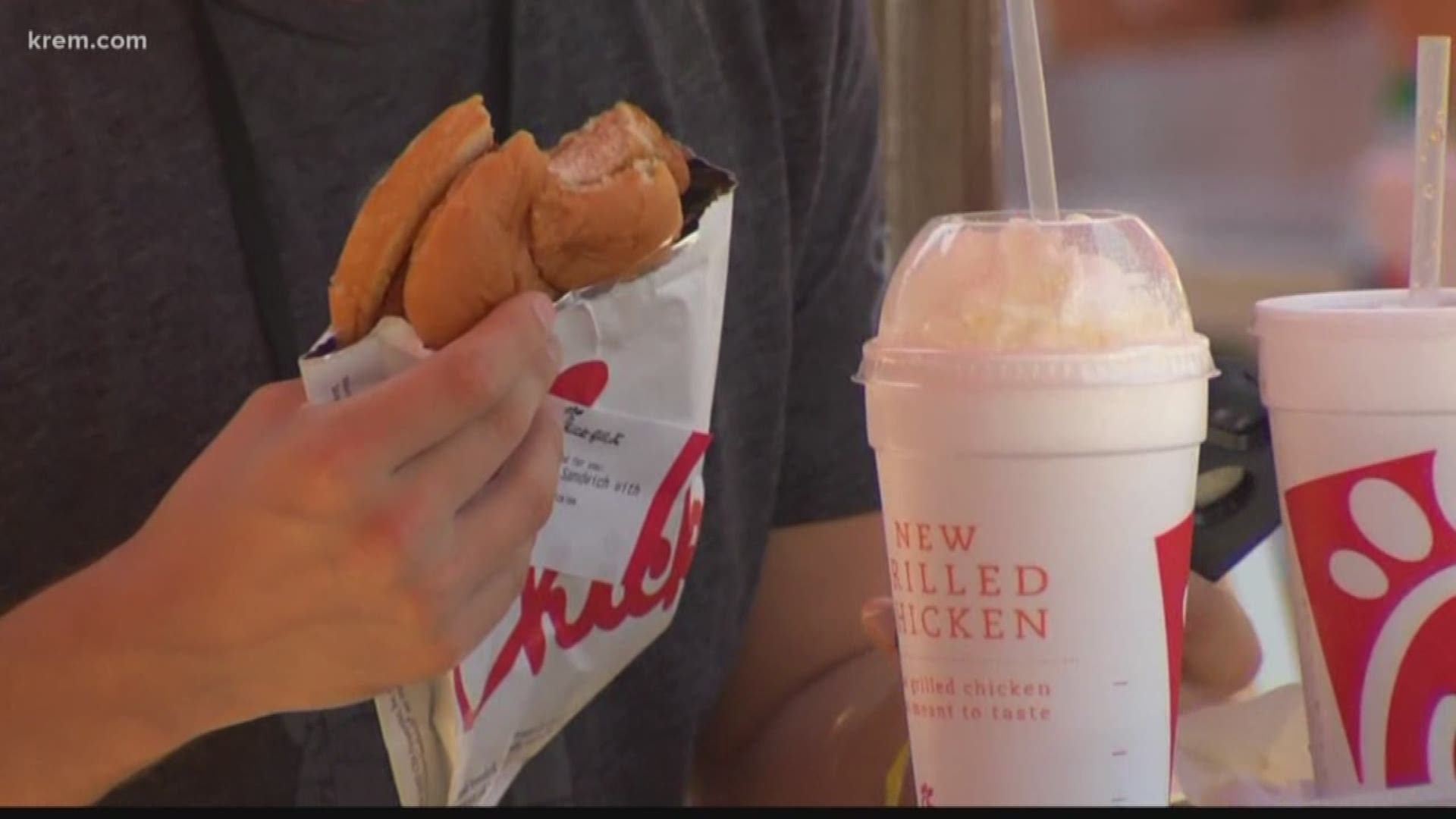 It really is not happening Spokane. Chick-fil-A is not going to be popping up anywhere in Spokane, according to a spokesperson.

The restaurant's website listed a location at Gonzaga University as "coming soon." This was a mistake and the company said an online error is to blame.

The hopes of Gonzaga students especially were high over the weekend when there was word that the chicken joint was coming to campus.

"I know there was a lot of excitement on our class page. People being like, 'This is happening? I'm excited, this is cool,'" said Gonzaga Senior Kate Kales.

The chain, known for fried poultry and old-time values, is now known for confusion and disappointment, at least in Spokane. On Saturday, Chick-fil-A's website clearly listed GU's address and said a location was coming soon. One that catered and served breakfast too!

"I think I usually get the eight piece with waffle fries," Kales said.

Gonzaga was quick to pluck the feathers from everyone's mood. The school said they were caught off guard by it all. They said Chick-fi- A and their tasty chicken sandwiches were not coming to the Jesuit institution.

In a statement, a Chick-fil-A spokesman blamed a “web error" for the incorrect listing. It added that the chain "has nothing to confirm in the Spokane, Washington area at this time."

A GU spokesperson said the glitch on the restaurant's part, pulled "old, outdated information." KREM 2 asked how that "old information," came about and if GU and the Chick-fil-A folks were ever in talks at any point but we were directed back to the restaurant. As of 4:00 p.m., we had not heard back from the restaurant. But, not all fried-chicken craving Zags are convinced.

"Gonzaga University and Spokane, Washington is a very specific glitch," one student said.

So for now, it is back to eating in the cafeteria and working through wildfire smoke to get there.

"I'm already getting emphysema out here, and now there's going to be no chicken,” another student said.