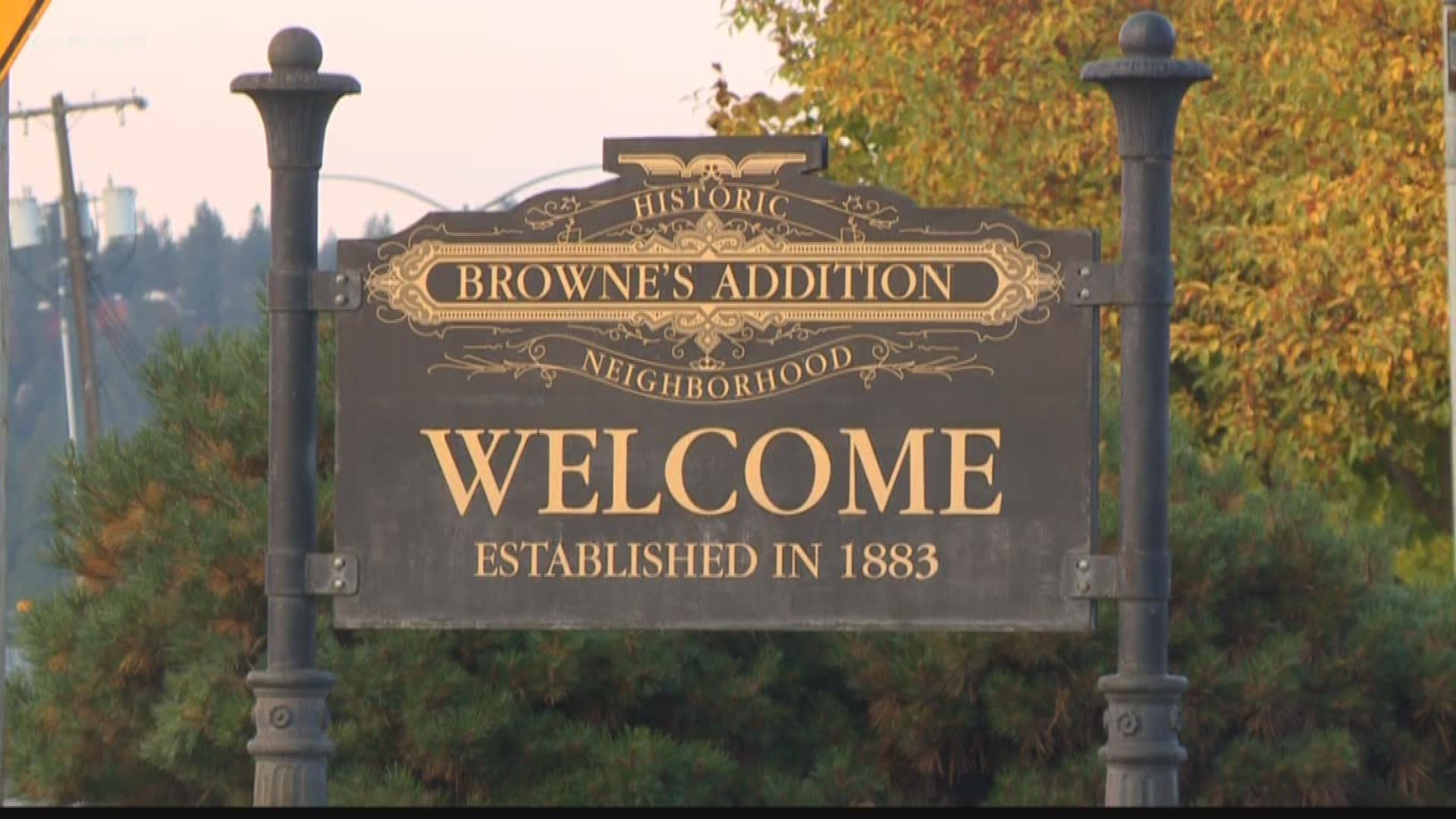 SPOKANE, Wash. — Residents in the Browne's Addition neighborhood of Spokane succeeded in passing a measure to make their neighborhood a historic district.

Browne’s Addition will be designated a historic district on the official city zoning map through the use of an historic district overlay zone, according to a press release by Spokane City Councilwoman Lori Kinnear's legislative assistant, Giacobbe Byrd.

Kinnear, who sponsored the legislation, congratulated residents on the accomplishment.

“These residents showed resilience, grit, and immense passion for the preservation of their beautiful and historic neighborhood,” she said. “They are committed to protecting the diversity and personality of their home and they engaged their neighbors to get it done. Despite pressure from outside our community for it not to, this measure passed because of their hard work.”

Byrd said ballots were sent out in June and the measure needs a majority of all ballots sent out to be returned with an approving vote for the measure to pass.

On Monday the measure needed less than 20 more approving votes to pass, Byrd wrote. Ballots are due Thursday, August 22.

The move comes after an ordinance was passed by the Spokane City Council last February that created a process for the creation of historic districts, as old laws only allowed for single landmarks to be designated as historic, according to Byrd.

All property owners in Browne's Addition were sent a ballot for the measure, according to the press release.

RELATED: 'It’s ready to stand another 100 years': Patsy Clark Mansion up for sale

The below video is a 2018 report about efforts to preserve properties in Browne's Addition.