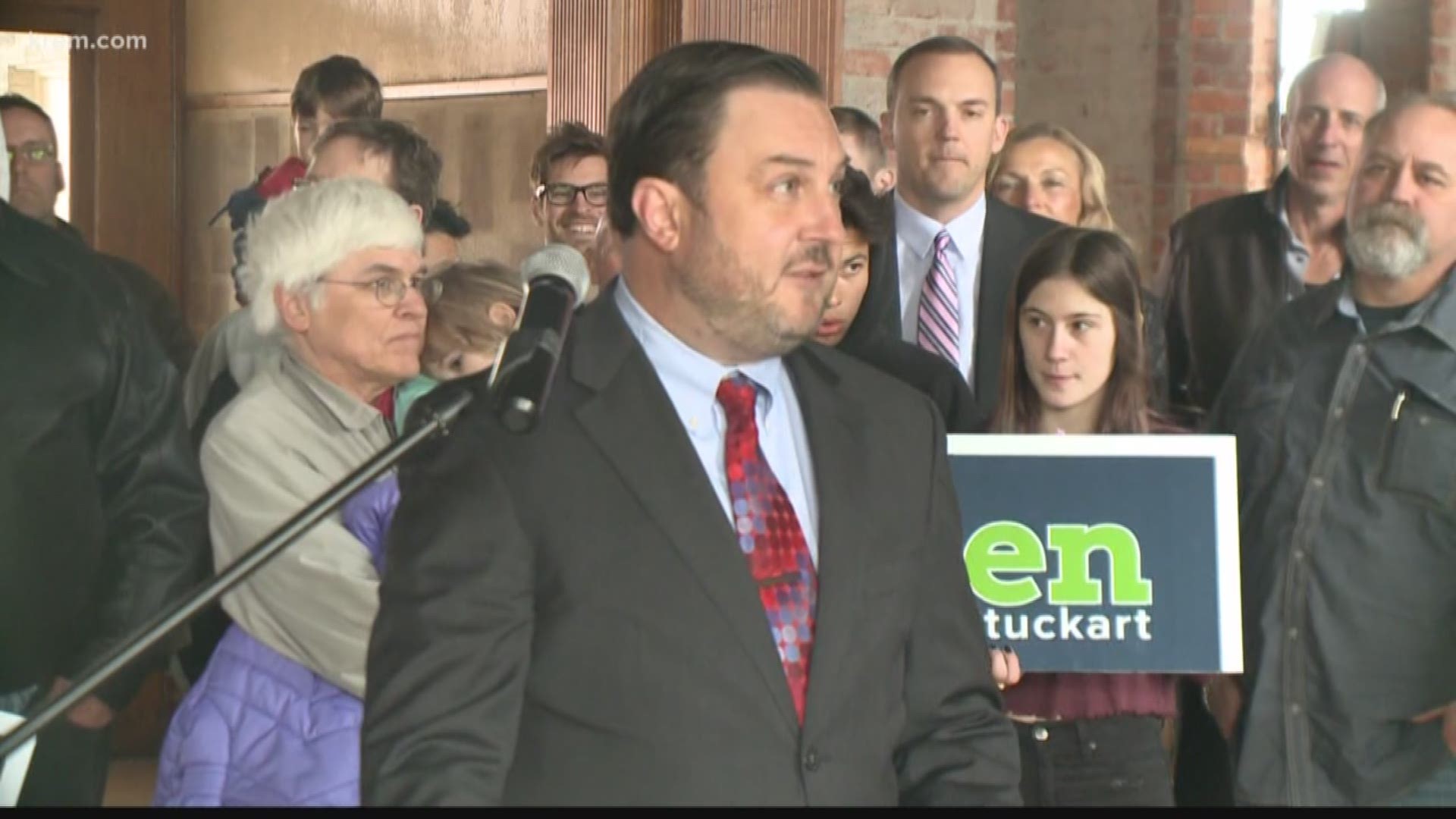 "I'm not doing anything political in Spokane," Shore said.

Shore told KREM that Nadine Woodward's campaign paid his company $9,500 for help setting up her campaign, designing yard signs and help with videos.

He said no polling was done while he was working for the Woodward campaign and he has not been involved in any polls for anyone this year.

He believes it's the work of Stan Shore, a former political consultant for Congresswoman Cathy McMorris Rodgers.

The term "push poll" can be defined as a form of negative campaigning, disguised as a political poll.

In a statement, Powell said it's irresponsible of Stuckart to mislead voters for political gain. He adds the congresswoman is not running for mayor and is not endorsing any candidates.

He confirmed Shore worked for McMorris Rodgers in early 2018, but hasn't since.

KREM 2 took this to Stuckart who said Shore may be working for one of his opponents.

Shore's LinkedIn profile lists him as the President of an LLC called Datagraphics.

According to the Public Disclosure Commission, the only mayoral candidate who's made payments to Datagraphics is Nadine Woodward.