NASA Astronaut Anne McClain sat down with KREM 2’s Jane McCarthy and shared details about her adventures in space and readjusting to life on Earth. 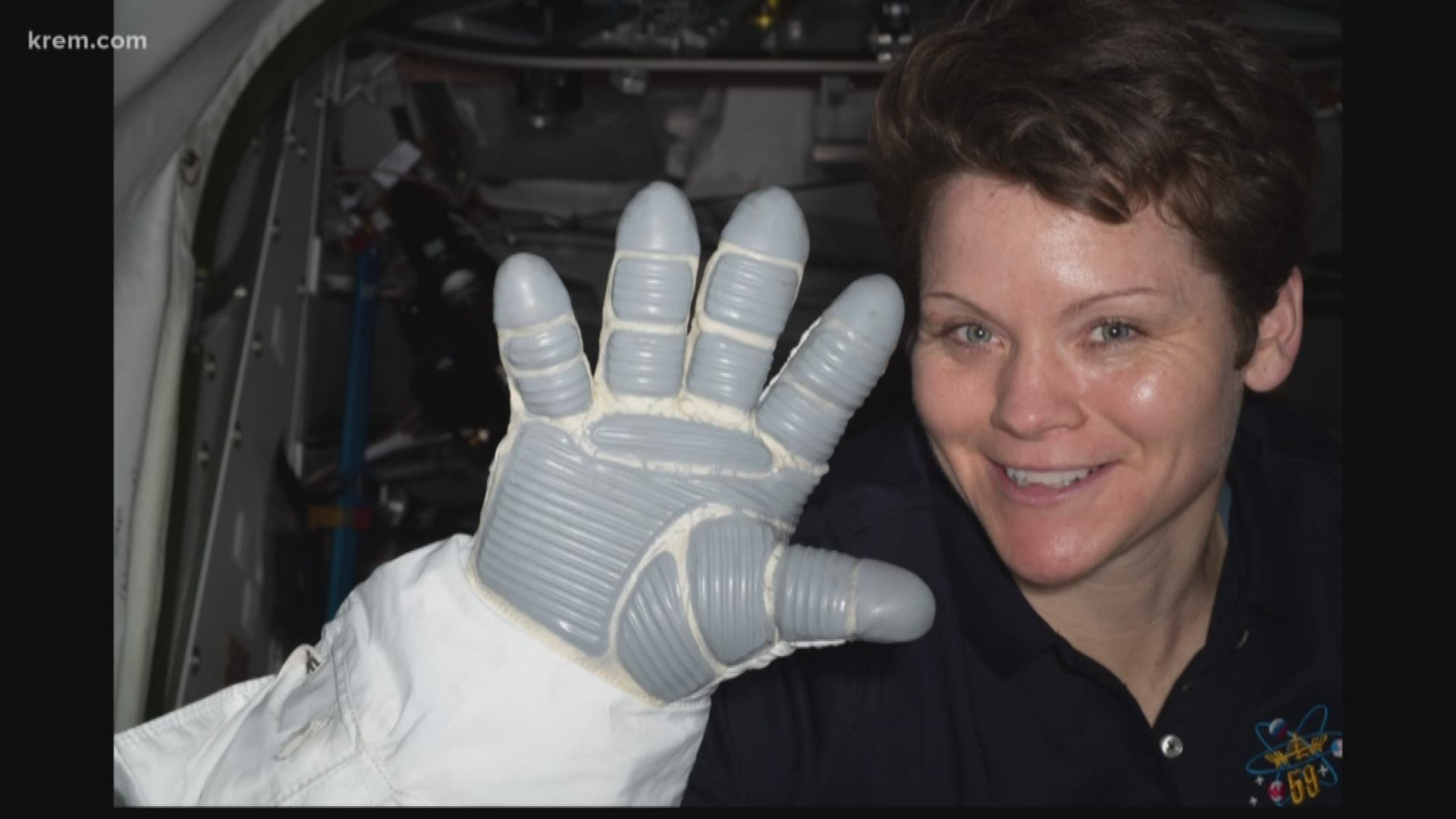 NASA Astronaut and Spokane native Anne McClain sat down with KREM 2’s Jane McCarthy Friday morning and shared details about her adventures in space and what it’s been like readjusting to life on Earth.

Anne McClain says there's really no place on Earth she'd rather be than Spokane right now.

The last time she saw her hometown was from aboard the International Space Station.

"And I wasn't used to how fast we go in the space station, this is the first week I was up there,” McClain said. “And I was looking down telling my crewmate I'm trying to take a picture of Spokane and he said, 'Well is it in Minnesota because that's where we are.' I was like, oh my goodness, we were just over Seattle three minutes ago now we're over Minnesota.”

She was able to get those shots of Spokane from the space station, which she happily shared with us, and with students at her alma mater, Gonzaga Prep.

She received the YWCA Women of Achievement Award Friday for demonstrating that women have an important role in the science, technology and environmental industries. It’s an honor from an organization for which she has much respect.

"It really speaks to the power of what passionate women can do who chase their dreams no matter what that passion is,” McClain said.

McClain’s passion clearly propelled her to great heights. And her six-and-a-half months aboard the space station changed her perspective on this planet and the people who call it home.

"Like I feel so connected to everybody on earth now,” she said. "Like when I was out on the spacewalk people say well did you feel so far away? And to me it was just the opposite because when I looked at Earth it was right there. We're holding onto the space station I could see earth. But when I looked the other direction it was the most infinite forever that you could possibly imagine. And I felt very connected to Earth by this invisible thing called gravity - luckily - that holds up.”

McClain told McCarthy her time in space really deepened her appreciation about working with people from other countries and cultures. She also realized a new calm she'd never experienced before.

"So when you back down on Earth the first thing I noticed was how busy everything was. You know there's cars everywhere, there's information everywhere. There's phones and emails and calls and people talking to you. It's just this sensory overload that we have really gotten used to,” McClain said.

She says she is still getting used to life back on Earth - a physical adjustment that can take about six months. And while her perspective on many things has changed there is one thing she knows for sure: each of us is capable of moving mountains if that's what we decide to do.

"Most of us have dreams that are pretty lofty and they're so far from where we're starting out you know so it can seem overwhelming,” she said. “But it's waking up every morning if you have a dream and just doing one thing in that day to get you a little bit closer. And the culmination of all those small actions really can take you to incredible places."

Clearly she knows of what she speaks.