Spokane Police said this ruling doesn't affect Spokane because the city doesn't have a law specific to "sleeping" in public places. It does, however, have a law against sitting or lying on a sidewalk. 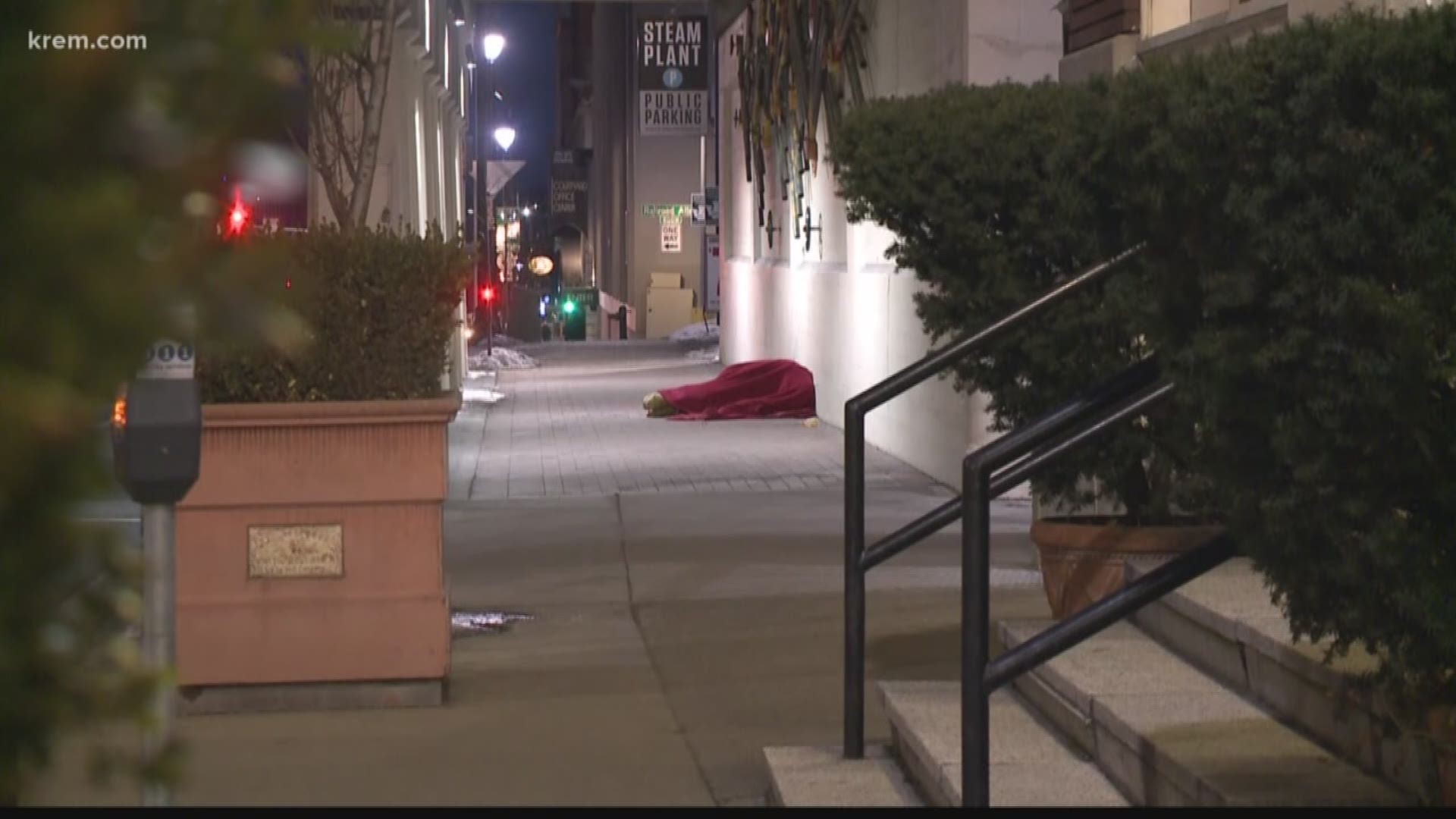 A federal court of appeals ruled that cities cannot prosecute people for sleeping on the streets if they have nowhere else to go because that amounts to cruel and unusual punishment, which is unconstitutional.

This ruling comes after six homeless people in Boise, Idaho sued the city in 2009 over a local ordinance that banned sleeping in public spaces.

Spokane Police said this ruling doesn't affect Spokane because the city doesn't have a law specific to "sleeping" in public places. It does, however, have a law against sitting or lying on a sidewalk.

If you spend any time in downtown Spokane you're likely to come across a few people sitting--or even sleeping on sidewalks.

Spokane Municipal court says in 2017, police issued 94 citations to people illegally sitting or lying on the sidewalk. So far this year, police have issued 100.

Spokane Police said in these situations an officer will ask the person move along and give them a warning. The second violation is a citation, where they could be charged with a misdemeanor. Police say they will also refer the person to resources and shelters available in the community.

There is an exception to this "sit or lie" law, though. It doesn't apply to someone who is homeless during a time frame when shelter space is unavailable.

This echoes the recent federal ruling about not citing people for sleeping in public places “if they have nowhere to go.”

In July, House of Charities reduced its capacity, but it is in the process of developing a new shelter opening next year.

Spokane Police were not able to comment on whether they've seen an increase in people sitting or lying on the sidewalk since this decision.

Even if they did, and shelters were full, police wouldn't be able to cite people for sitting or lying on the sidewalk.