The crash involved multiple vehicles and some people were injured. The cause of the crash and the extent of the people’s injuries are unknown as of 6 p.m. Tuesday. 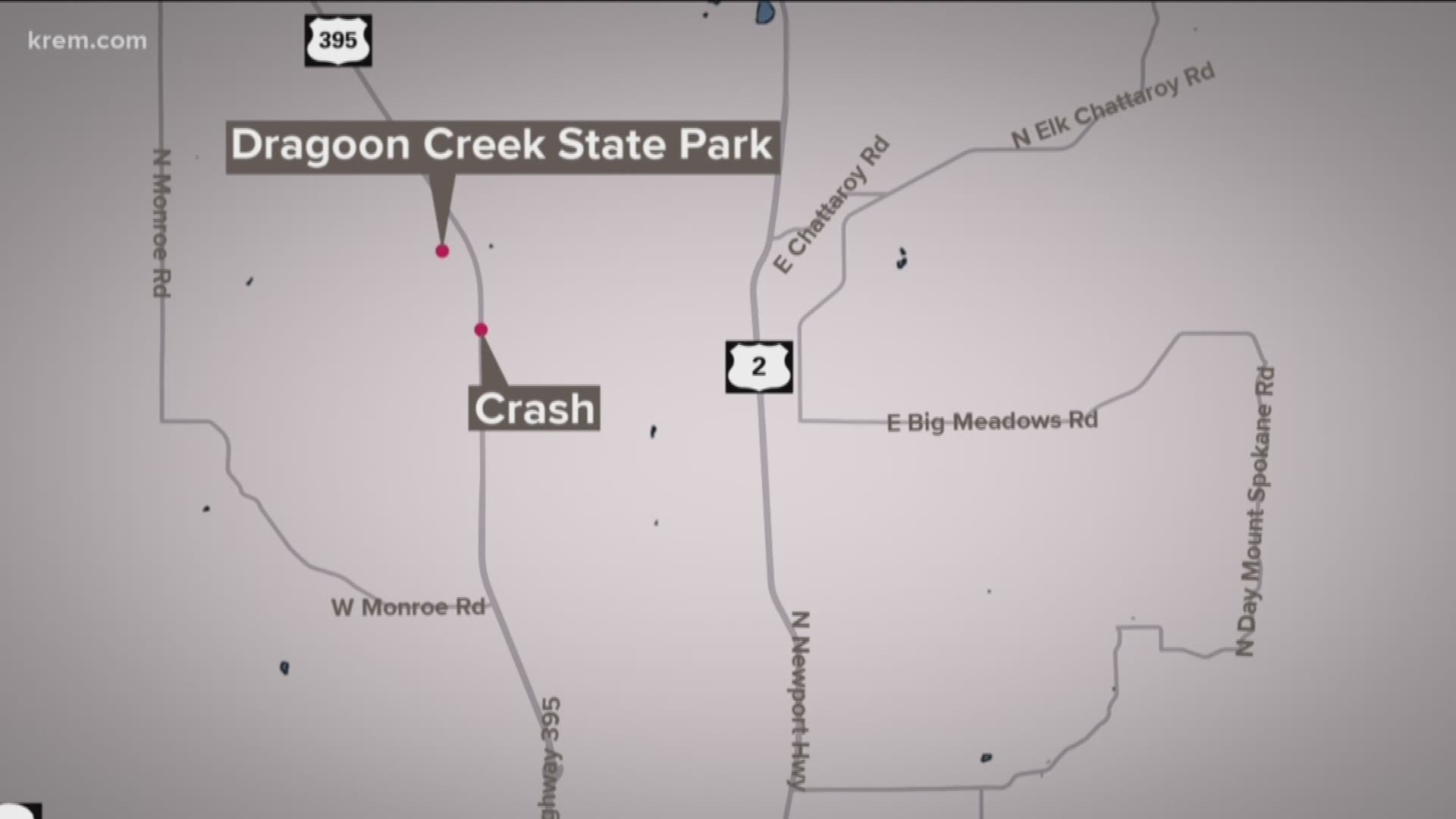 SPOKANE COUNTY, Wash. — A crash on Highway 395 and Wild Rose near Deer Park left five people injured, with four of them taken to the hospital.

Washington State Patrol troopers say no one was killed during the crash.

The crash was fully blocking the north and southbound lanes of the highway on near milepost 174 on Tuesday evening. The highway has since reopened.

The crash involved four vehicles, including a tractor.

Troopers say two vehicles were traveling northbound when one struck another from the rear.

Troopers say the cause is under investigation. No one has been charged in connection to the incident.