Speakers addressed deforestation, fires, decreases in fish populations along with how climate change could affect the tribes that rely on the environment's health. 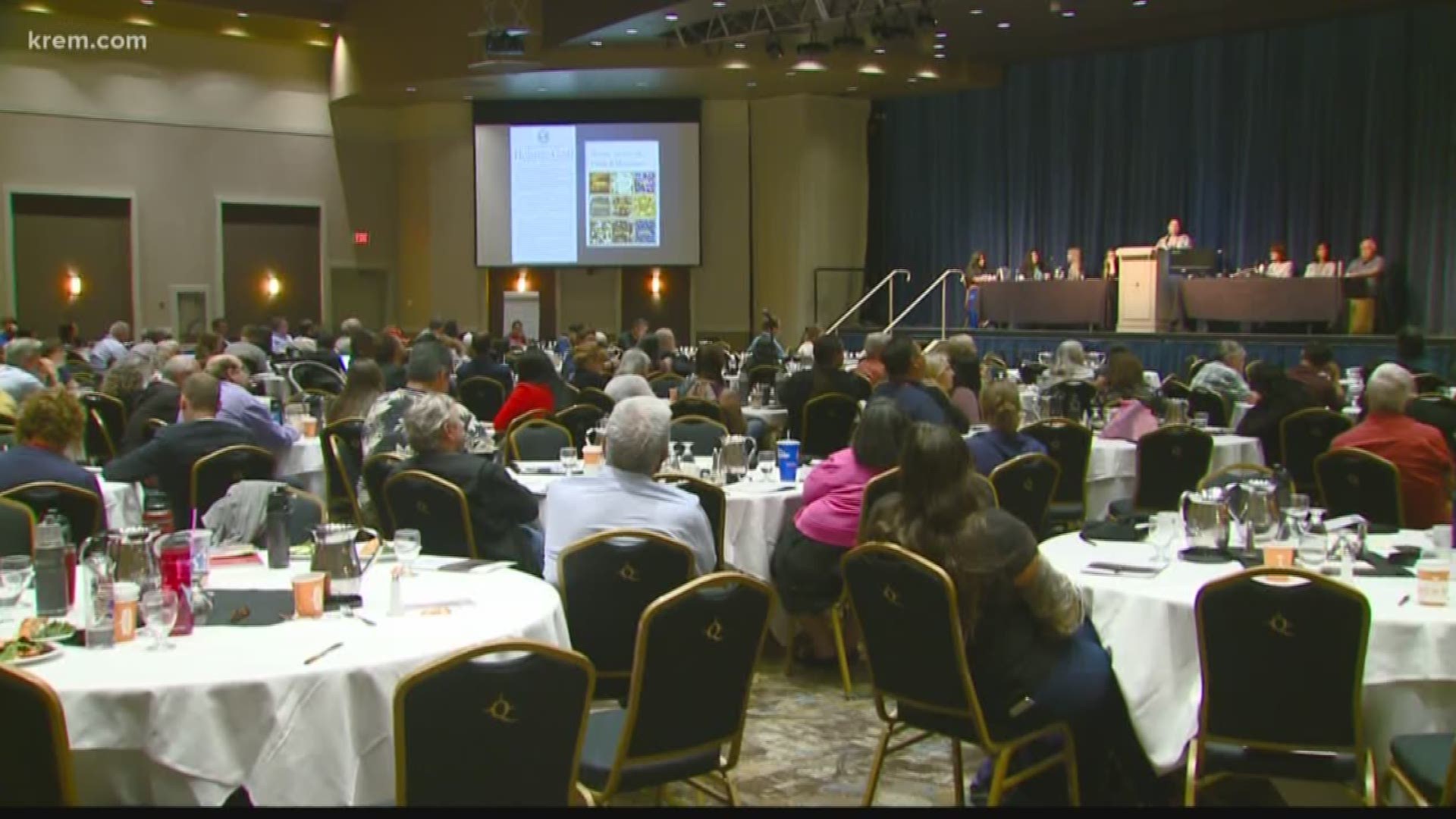 More than 250 people from 41 tribes around the US and Canada attended the Tribes and First National Climate Summit.

The two day conference at Northern Quest on Tuesday featured speakers and representatives from Native American tribes discussing the effects of climate change on indigenous people. The conference will continue Wednesday.

"This is to share strategies to address those impacts, develop a partnership between tribes and state, county and city governments," said Don Sampson, a climate change project director.

Attendees said the larger goal of the conference was to gather information around climate change to share with the rest of the community.

"I think for Washington State, whether you're on the east side or the west side, climate change doesn't have a barrier, nor does it recognize the mountains," said Debra Lakanoff, an environmental energy planner.

Speakers addressed deforestation, fires, decreases in fish populations along with how climate change could affect the tribes that rely on the environment's health.

"There are 5,073 tribal nations that are place-based societies, which means when we have environmental impacts to our land, we just cannot pick up and move to another country," said Brian Cladoosby, chairperson of Washington's Swinomish tribe.

Attendees said climate changes affects everyone, but because tribes are essentially rooted in their areas, the people in them would feel more of its effects.

"We want people to be able to hear our stories, not a debate on who's causing it or why it's happening, but to share with them our story to see that there are environmental impacts to indigenous communities across this great nation," Cladoosby said.

Speakers said representatives from the conference will share ideas from the event with Congress and other climate change agencies.