A loss of sales tax revenue will force the city to make across-the-board cuts, but no layoffs yet. 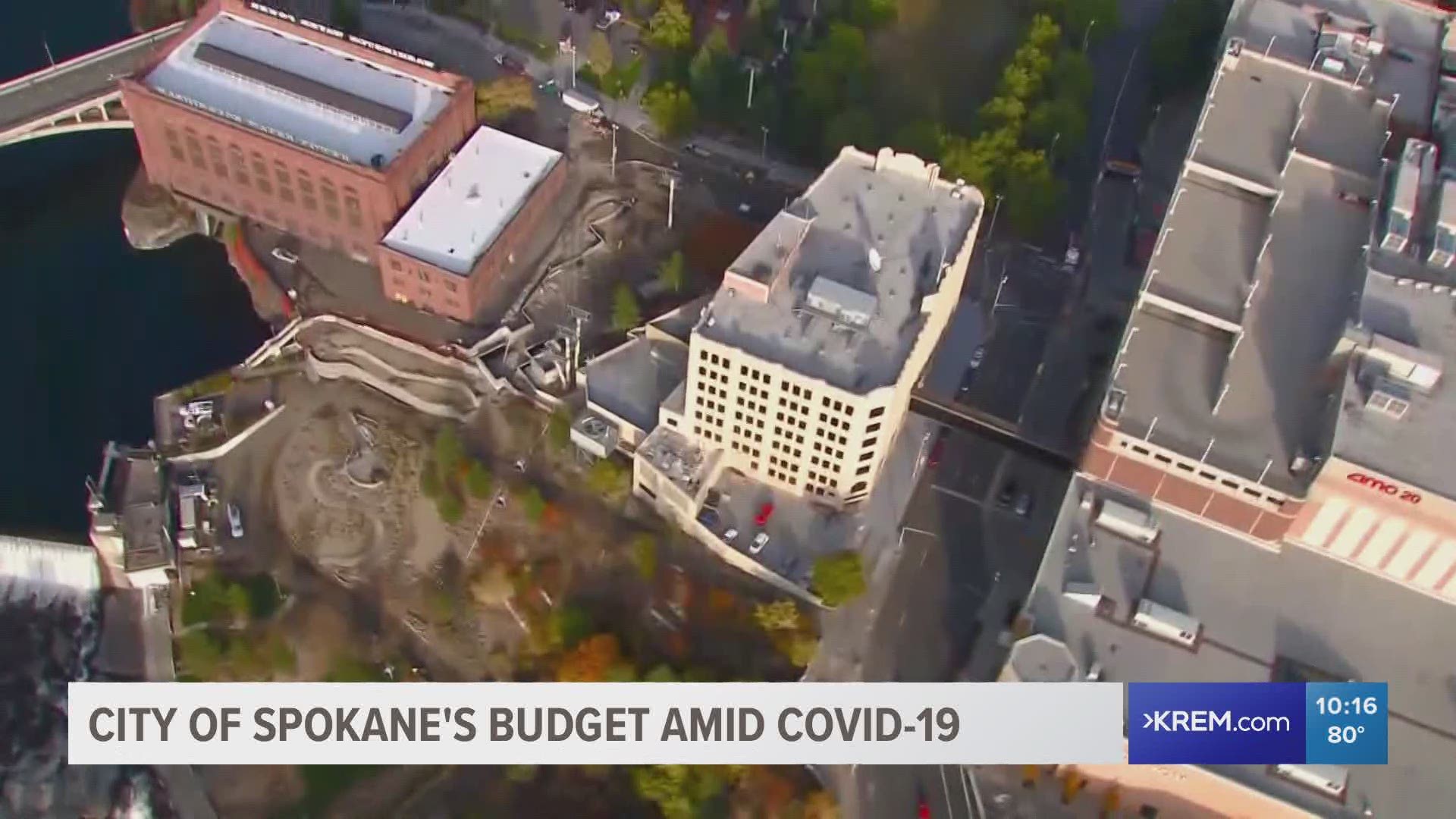 SPOKANE, Wash — The COVID-19 pandemic and ensuing economic fallout is projected to create a massive budget shortfall for the City of Spokane.

On Monday the city council's finance committee reviewed the latest proposal for shoring up an $18,619,000 deficit.

This particular deficit is only for the city's general fund; there are six other funding groups with their own sources of revenue and expenditures. The general fund covers most public-facing city services like police and fire.

A roughly 15% loss in sales tax revenues is the leading problem, according to city budget memos. Sales tax makes up nearly a quarter of all general fund income, and with many businesses closed or restricted, sales are down and therefore so is sales tax.

The city also places certain taxes on some utilities, paid mostly by businesses. This money is separate from standard utilities fees, which belong to a different budget fund. Again, if businesses are open less, they're using less utilities and so paying fewer taxes on them.

All that has forced the city to look for places to cut spending.

The main way that's been done so far has been via hiring freezes. When job openings come up, they don't get filled anymore. That saves Spokane an estimated $4,780,000. It also naturally forces city employees to work in more understaffed departments.

Beyond the hiring freeze, every city department will be seeing some form of cuts. According to Spokane CFO Tonya Wallace, these are mostly nips and tucks.

Current proposals do not call for any layoffs, and city leaders hope the cuts will also minimize any reduction in services — so the average citizen wouldn't notice much difference.

Cuts include areas such as travel, office supplies, fuel, and work that's contracted out.

That still doesn't fully correct the deficit, however, so the city is also planning to refinance a group of loans. Refinancing would defer payments a year and take advantage of lower interest rates, according to Wallace. City staff currently estimate that will save another $4,300,000.

That still leaves a $6,363,000 shortfall. For that, the current plan is to turn to the reserve fund, which has more than $40 million in it. Wallace says that's enough that the gap can be filled without depleting the fund too much.

The current proposal has also been affected by recent civic events. An earlier version of the plan included $650,000 more in cuts to public safety. However, the mayor and other city leaders put that money back, saying it's needed to pay for all the extra policing hours used during recent protests.

The budget plan is nearing its final stages, having completed several reviews. The plan is for the full city council to take final, legislative action in August.