Spokane businesses are offering their support and sharing memories of Spokane climber Jess Roskelley, who was killed in an avalanche in Alberta’s Banff National Park last week. 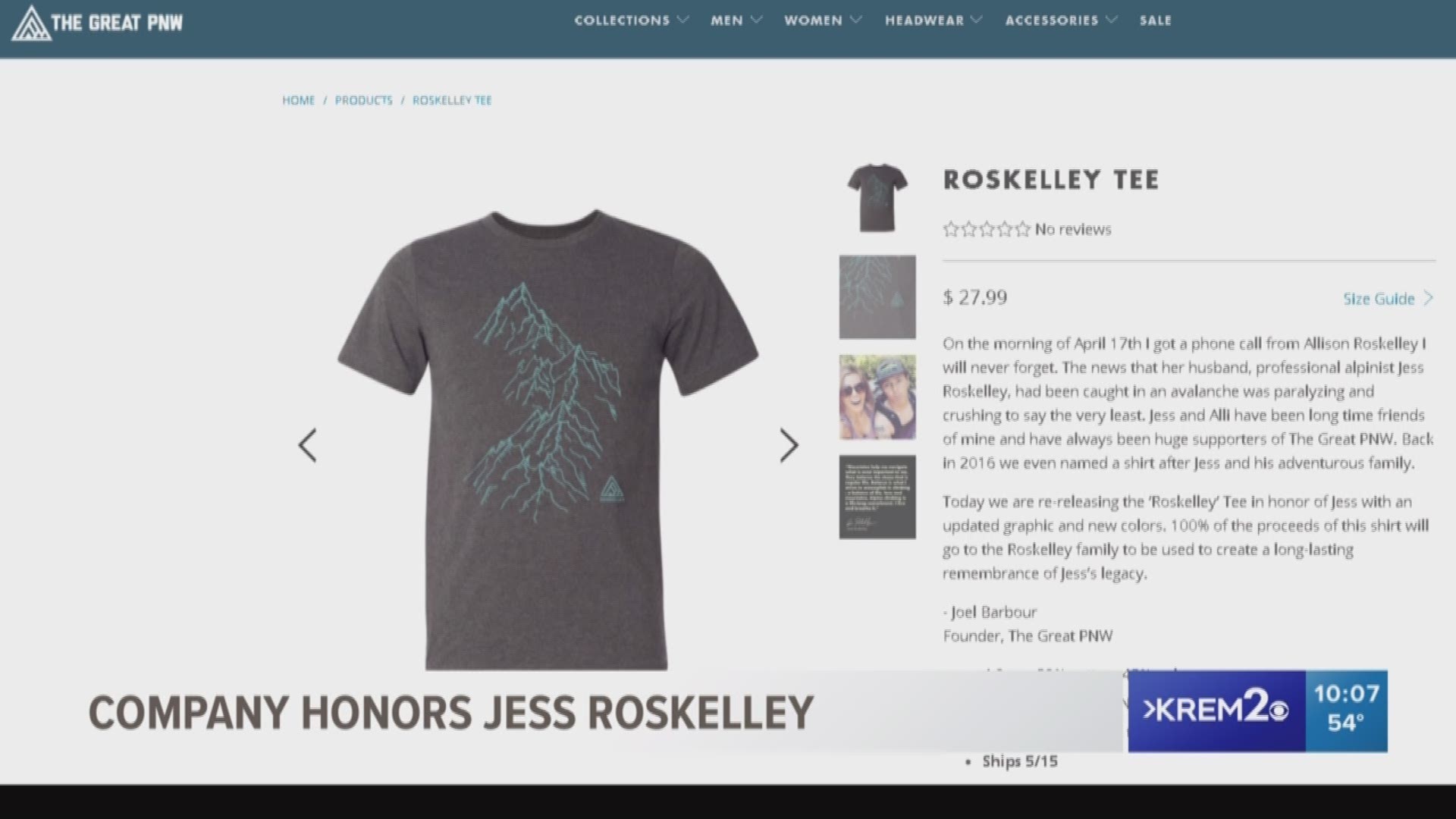 SPOKANE, Wash. — Spokane businesses are offering their support and sharing memories of Spokane climber Jess Roskelley, who was killed in an avalanche in Alberta’s Banff National Park last week.

Parks Canada found the bodies of Jess Roskelley and Austrian climbers David Lama and Hansjörg Auer on Sunday, and confirmed their identities the next day.

The world-renowned climbers were attempting to climb the east face of Howse Peak on the Icefields Parkway in Canada on April 16.

The Backyard Public House said they would donate 50 percent of all sponsored beer sales during Tuesday Trivia Night on April 30 to a GoFundMe set up for Jess Roskelley’s wife Allison.

“Spokane lost one of our friends and heroes this week, Jess Roskelley. …Please help us pack the house the next couple of weeks and do some drinking for a great cause,” The Backyard Public House wrote on Facebook.

The Flying Goat also posted about Roskelley’s passing on Instagram, saying that he and Allison have been coming to the pub for years.

After the news, The Flying Goat decided to rename the couple’s favorite menu item “Roskelley Dumplings.”

“While Jess will be remembered around the world for his incredible athletic achievements, we will always remember him first and foremost as a dear friend who always kept us laughing. We miss you Jess. Thank you for sharing your life with us here at the Goat,” The Flying Goat wrote on Instagram.

Earlier this week, The Great PNW announced it would sell a shirt to honor Roskelley, with all proceeds going to his family.

“It was like all hands on deck to get this thing out. It was really to honor Jess and to celebrate him and really support Alli in all of this, too, and just the whole Roskelley family,” said The Great PNW founder Joel Barbour.

RELATED: Family of Spokane climber Jess Roskelley: 'He loved the people around him so deeply'